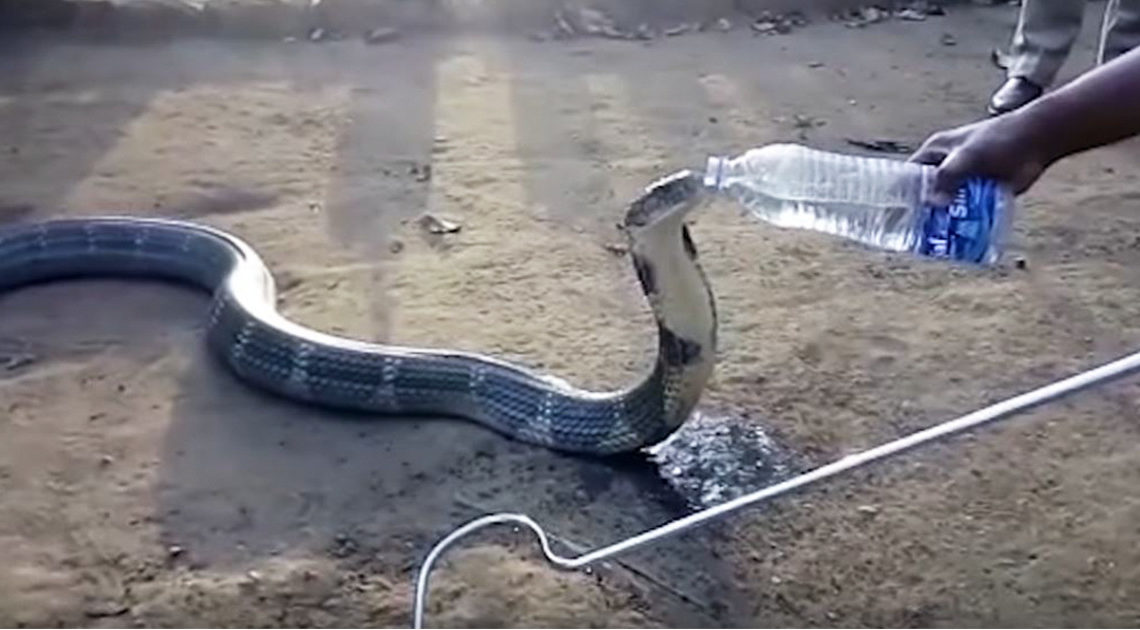 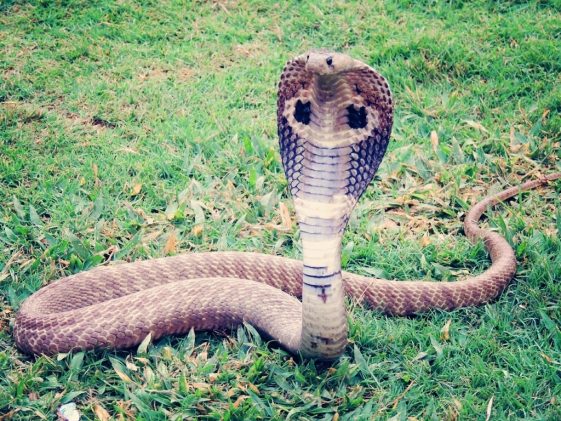 Like most animals, snakes need water to survive. Even deadly, venomous ones. But do snakes actually need to drink water like other animal? For many species, yes, they do, but it can be a bit complicated. Check out this cobra drinking a glass of water. It looks more like a weird, scaly cat than a snake. Do you think it’s creepy or cute?

Interestingly, unlike humans and quite a few other animals, snakes cannot lap water up with their long, forked tongues. Instead, they uses skin creases in their lower jaws to suck up water like tiny tubes in a sponge.

Disregarding the fact that these people are in dangerously stupid proximity to this highly venomous king cobra, this is quite a fascinating video. We’re so used to seeing cobras as hooded beasts that quickly and viciously dispatch other snakes and envenom humans. This is a welcome change that shows cobras’ sweeter side.

King cobras primarily eat other snakes. In fact, their genus is Ophiophagus, which literally means “snake-eater” in Greek. So, even if you’re another cobra, you’re in for a bad time.
In the video below, watch as the giant king cobra chases, captures, and consumes the smaller spitting cobra. There’s a reason these cobras earned the title of “king”.