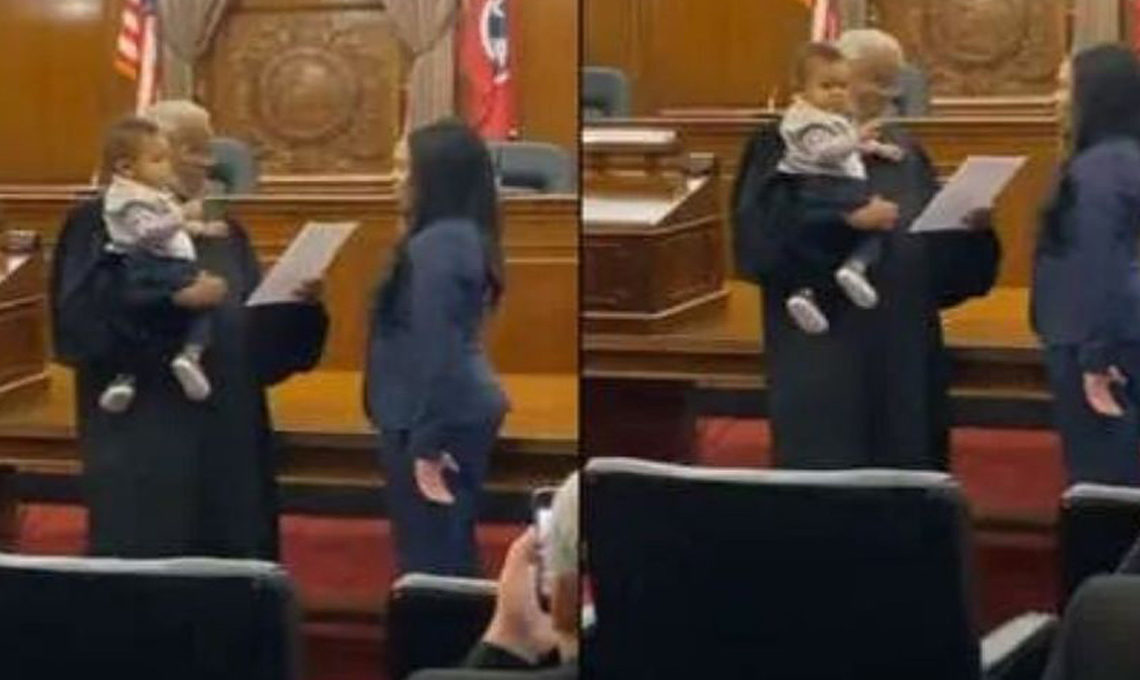 Judge Richard Dinkins, a Tennessee State judge, is being applauded for a now-viral video that shows him swearing in a new lawyer, Juliana Lamar, while holding and bouncing her 1-year old son. Juliana, who is a graduate of Belmont University College of Law, previously worked as a clerk for Judge Dinkins in the Tennessee Court of Appeals. 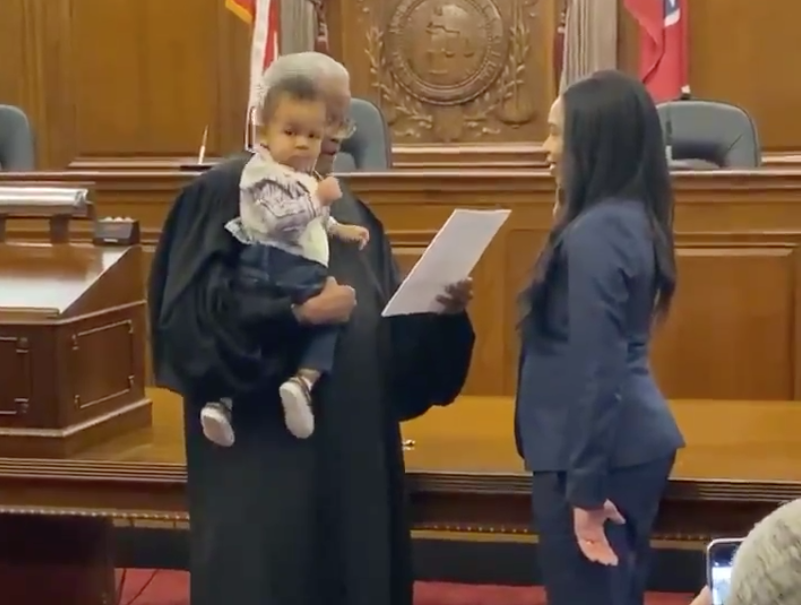 When she was set to take her oath, the judge thought it was a good idea to involve her son, who was born while she was in law school. “On the day of my swearing-in, right before we began, Judge Dinkins said he wanted Beckham to take part in the moment. And I am so glad he did – because to have my son take part in one of the greatest moments of my life was truly a blessing,” Juliana told BuzzFeed. 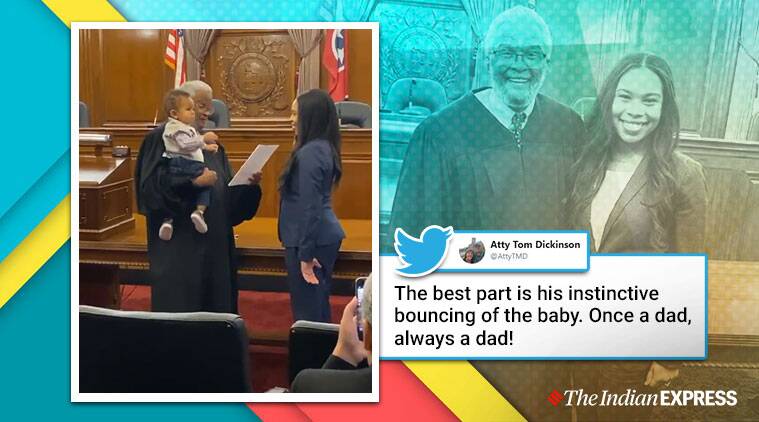 Sarah Martin, one of Juliana’s law school colleagues, shared a video of the touching scene on Twitter. She said, “Y’all. Judge Dinkins of the Tennessee Court of Appeals swore in my law school colleague with her baby on his hip, and I’ve honestly never loved him more.” The video has been viewed about 700,000 times and a lot of people praised the Judge Dinkins for his good gesture and congratulated Juliana on her new achievement as a lawyer and as a mother. 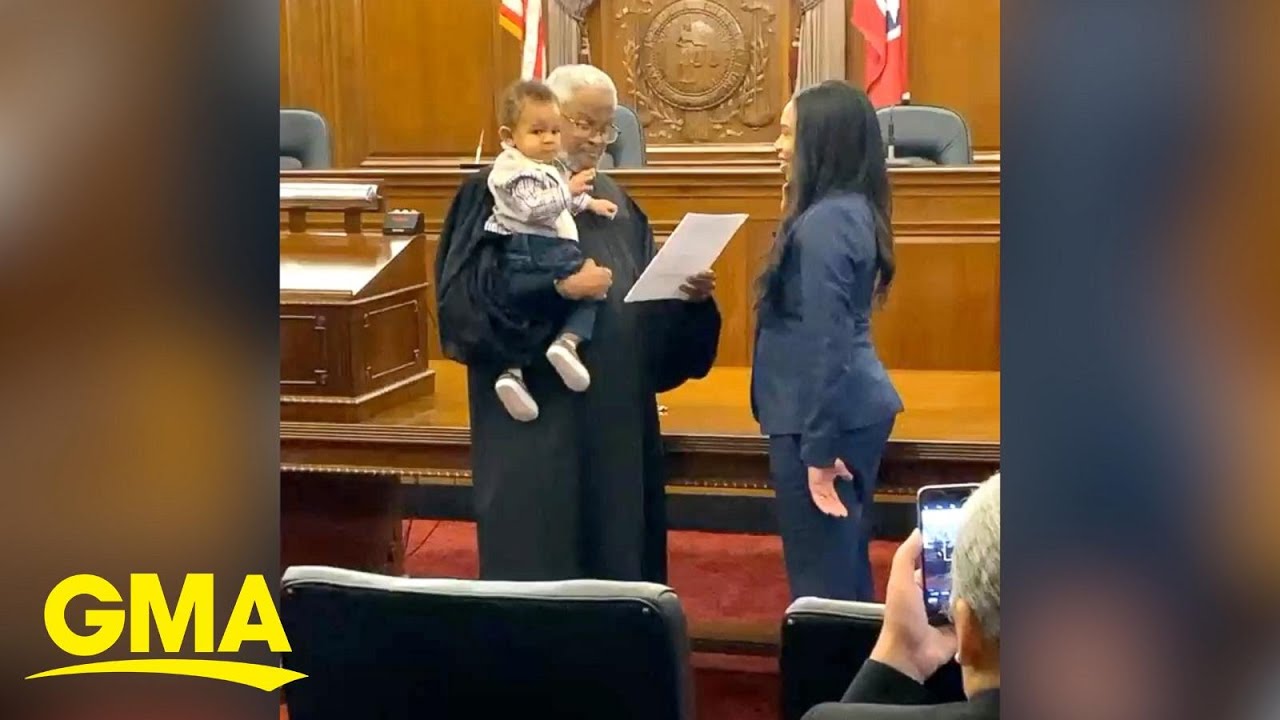 Moreover, Juliana said she could not have accomplished her goals without the support of her husband Javon, who serves in the army at a nearby base. After giving birth, it was challenging for her as the school had strict policies on the allowed absences. She had to attend her classes just after a week she gave birth to her son via cesarean. “The pressure I felt was horrible and I hope it has led my law school to rethink its policies for future mothers. 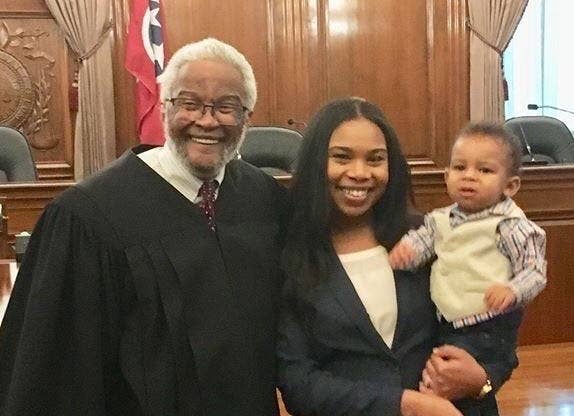 I understand having a child during law school is often a choice – however, as young female professionals, there is not a perfect time for us to have children,” Juliana said. She was also very grateful for the support and motivation Judge Dinkins generously gave her.

“Judge Dinkins has also been a guiding light during my legal career. When I was 9 months pregnant, the day before I found out I needed to be induced, Judge Dinkins spoke on the importance of voting at an event I hosted as the president of my school’s Black Law Students Association. During this event, Judge Dinkins reminded me of how proud he was of me and that he knew I would do great things, even with a baby in tow.