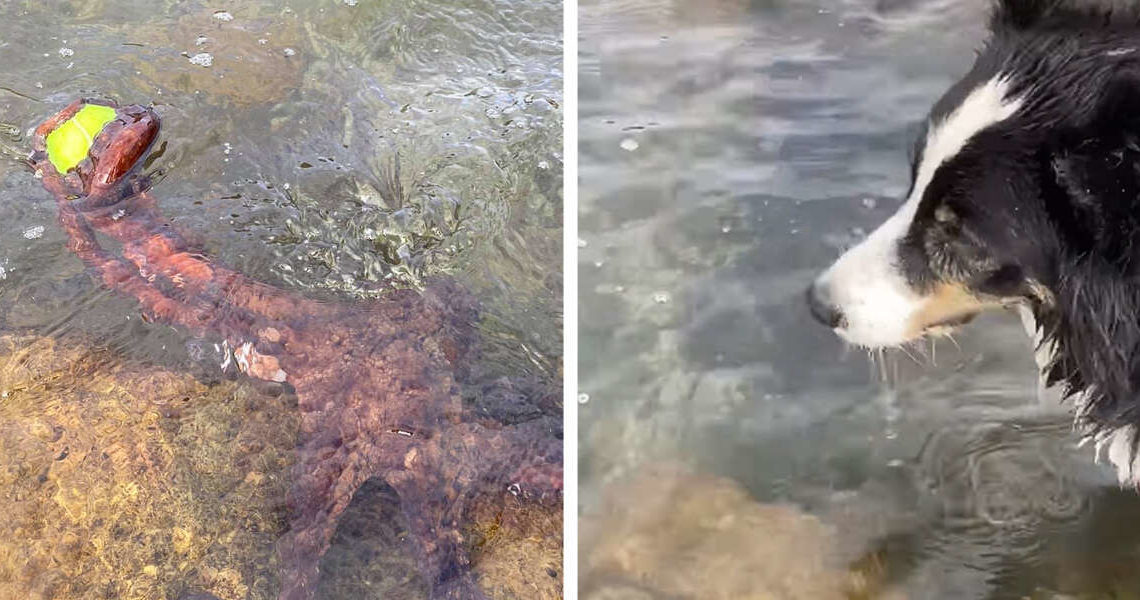 This is Lucy, a playful puppy that loves nothing more than to play at the beach with her loved ones and her favorite tennis ball.

However, lately, on one of these outings, Lucy’s enjoyment of her beloved toy was abruptly cut short. 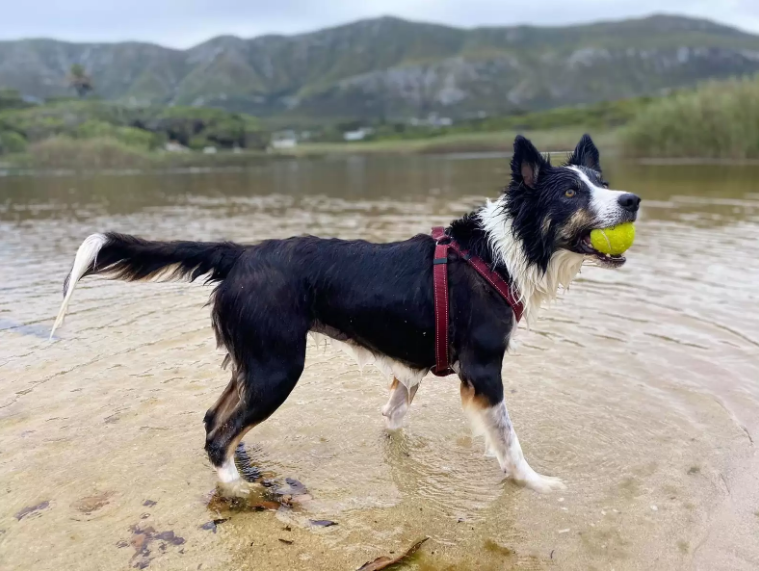 The other day, while Lucy and her family were at the shore near their home in South Africa, they caught the attention of a curious octopus. The eight-armed animal decided to move in closer — soon revealing what it was that interested him most.

The pup could never have guessed what would happen next.

“High tide was coming in, and all of a sudden this octopus swam across in the shallow water,” Riette Creighton, Lucy’s owner, told The Dodo.

Lucy, no doubt surprised, dropped her ball in the water where she stood. But it wasn’t unclaimed for long. 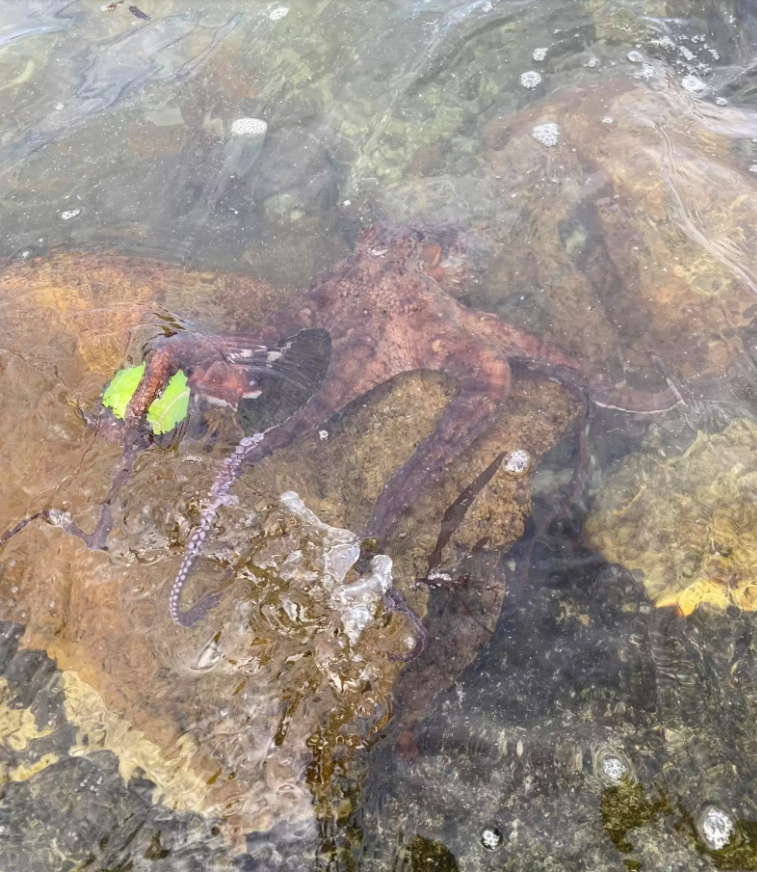 Creighton said, “All of a sudden we noticed [the octopus] taking the ball.” “I believe Lucy and I both responded in the same way! It was unlike anything I’ve ever had. Just on another level, this!”

The octopus was suddenly the owner of the tennis ball. Lucy had no option but to witness him steal it.

The octopus, surprisingly, seemed to enjoy the tennis ball just as much as Lucy did.

And he wasn’t about to return it. 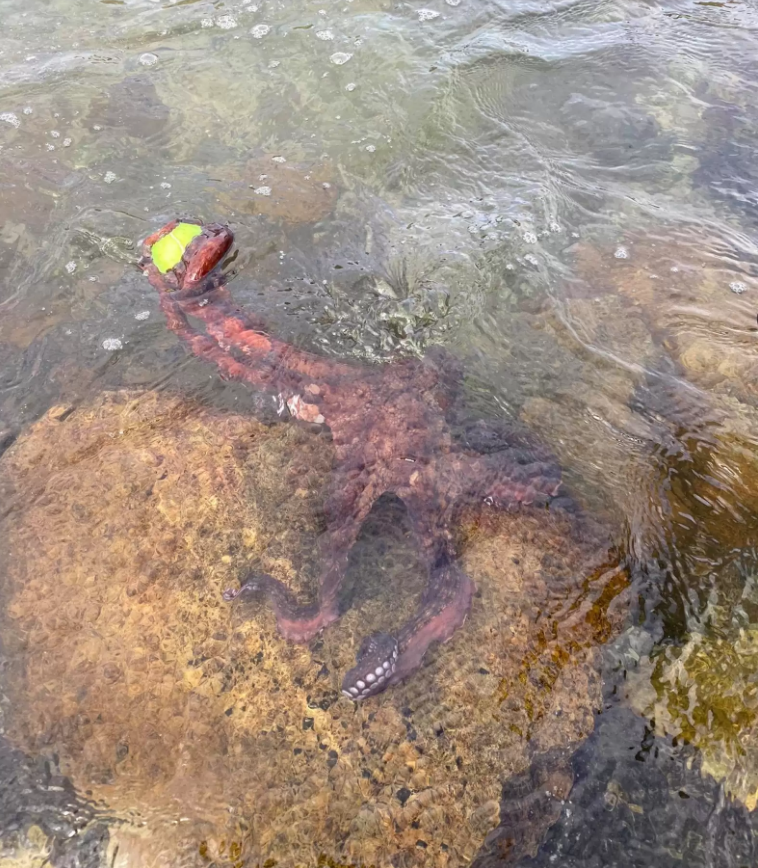 The octopus chose to bring his new toy home after playing with the ball for a while close to the water’s surface.

“He encircled the ball with his tentacle and vanished!” stated Creighton. “We waited for the ball to come to the surface for almost 20 minutes, but it never did. It vanished!”

Tennis balls are buoyant, so the octopus must have been holding it quite tightly as he dragged it down into the depths. 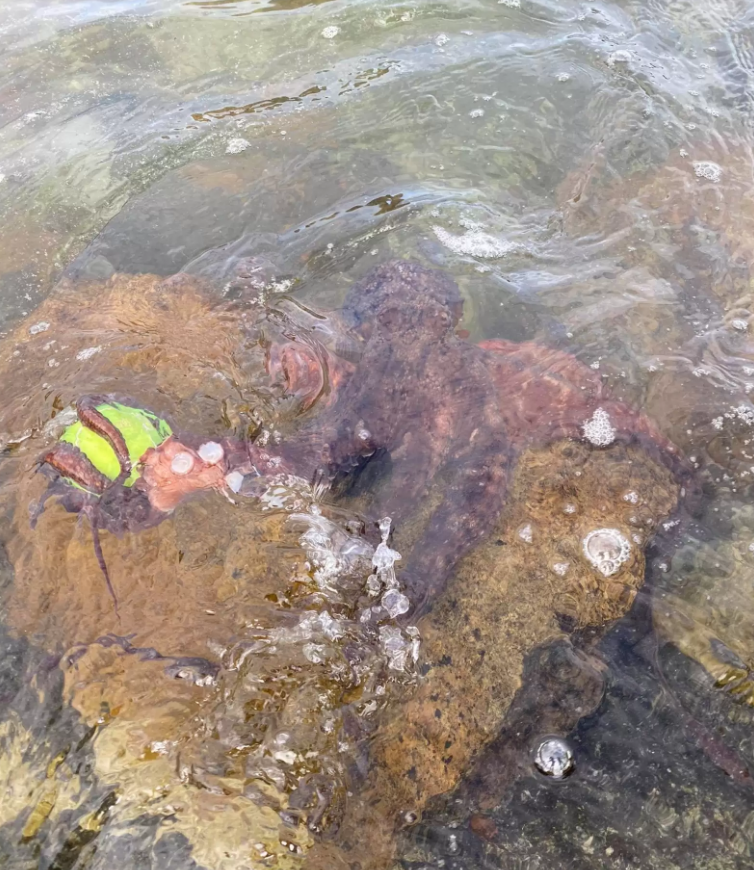 The ball was lost. But thankfully, Lucy’s day at the beach wasn’t totally ruined.

She just went on playing, unbothered by the fact that someone else now had her toy.

“She is such a gentle soul,” Creighton said. 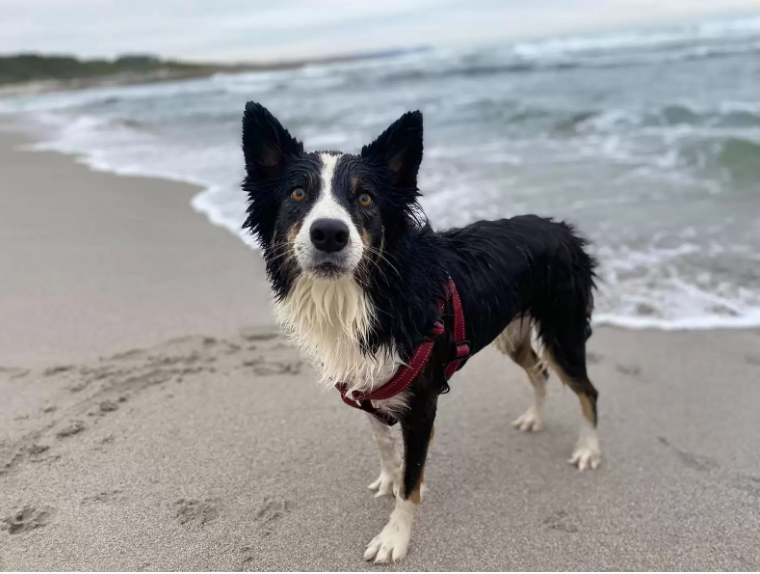 It’s impossible to determine the octopus’ motivation for stealing a tennis ball or his intended use for it. The dog’s owner, Creighton, has an idea, though: “He’s probably playing fetch with his mates,” Creighton said.

The next day, she returned to the ocean with a brand-new ball.