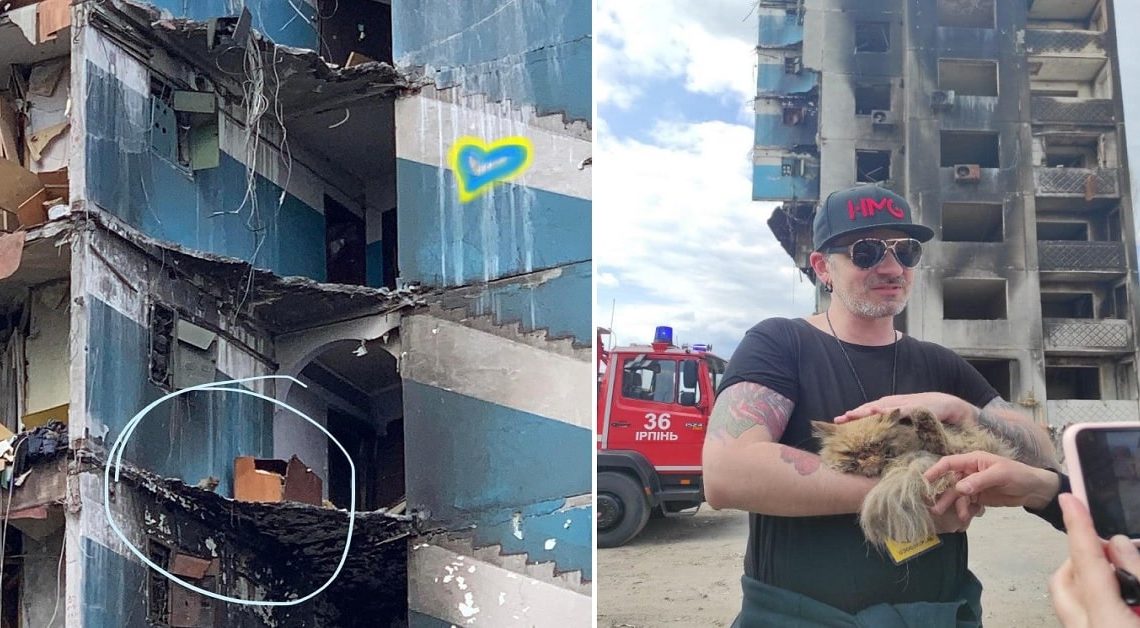 The war raging in Ukraine is a disgrace. It has displaced millions of citizens and killed thousands, and that’s without counting all the dead pets. Many have lost their owners and are shocked from all the firing, but there are still good people willing to risk their lives to save the poor animals in war-torn Ukraine. 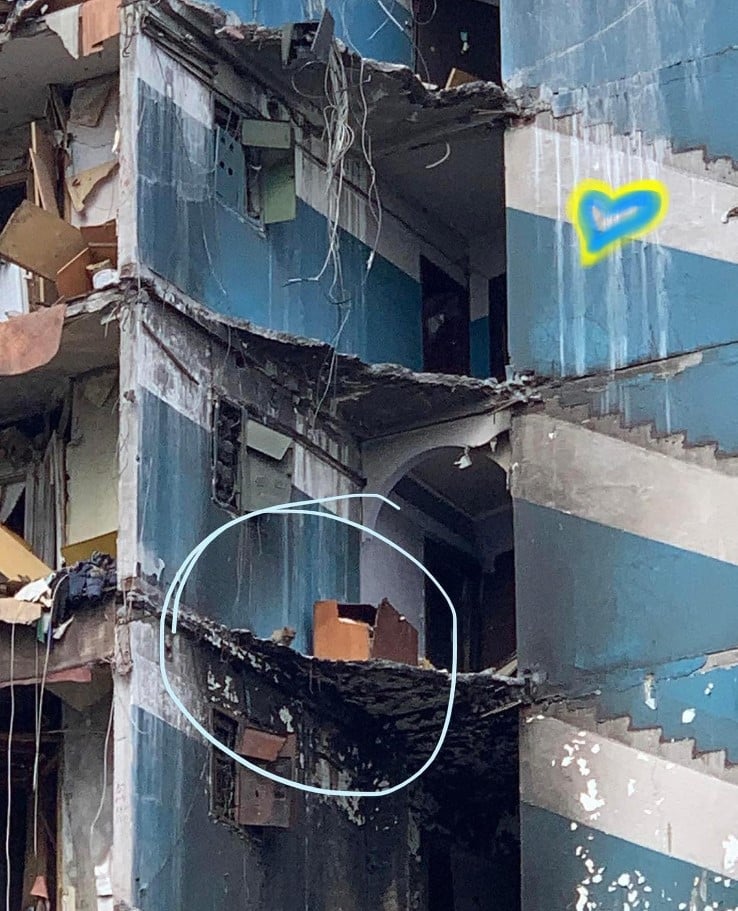 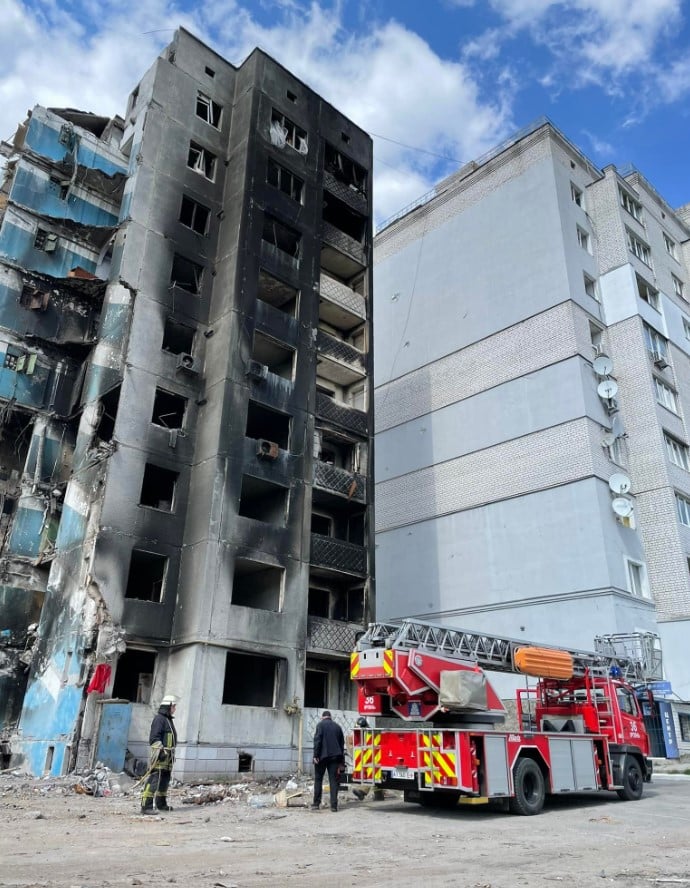 The news was shared online by Ukraine’s State Emergency Service. The cat was trapped on the 7th floor in a high-rise building in the district of Borodianka near Kyiv. It was destroyed by Russian bombs, trapping the poor cat there for two months! 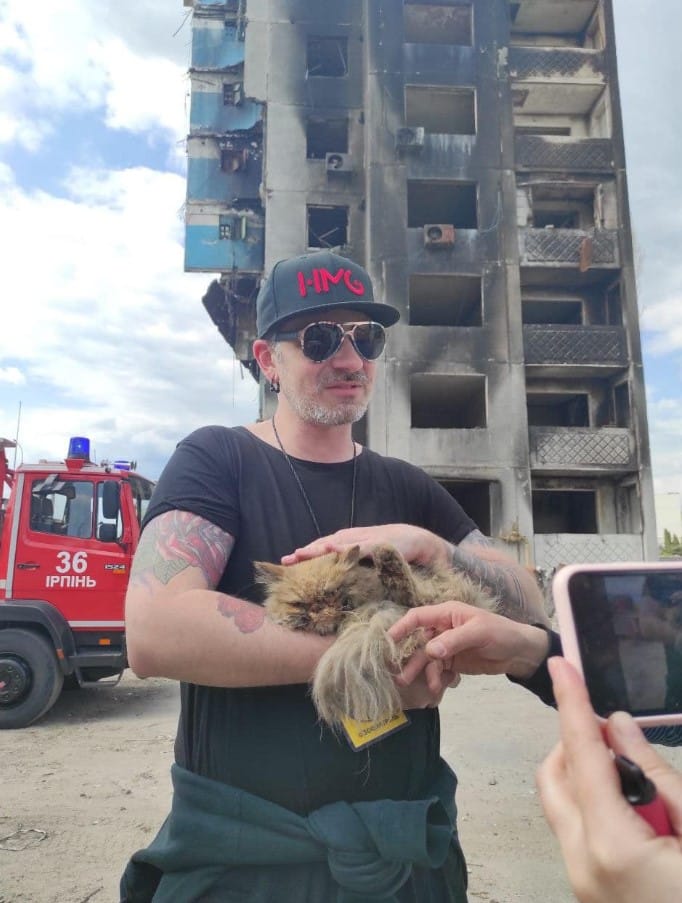 It would surely have died there if the firefighters didn’t come to the rescue. They came with a ladder truck and climbed up to safely take the cat to the ground. It was given food and water which it appreciated a lot – who knows how long the poor soul hasn’t eaten?