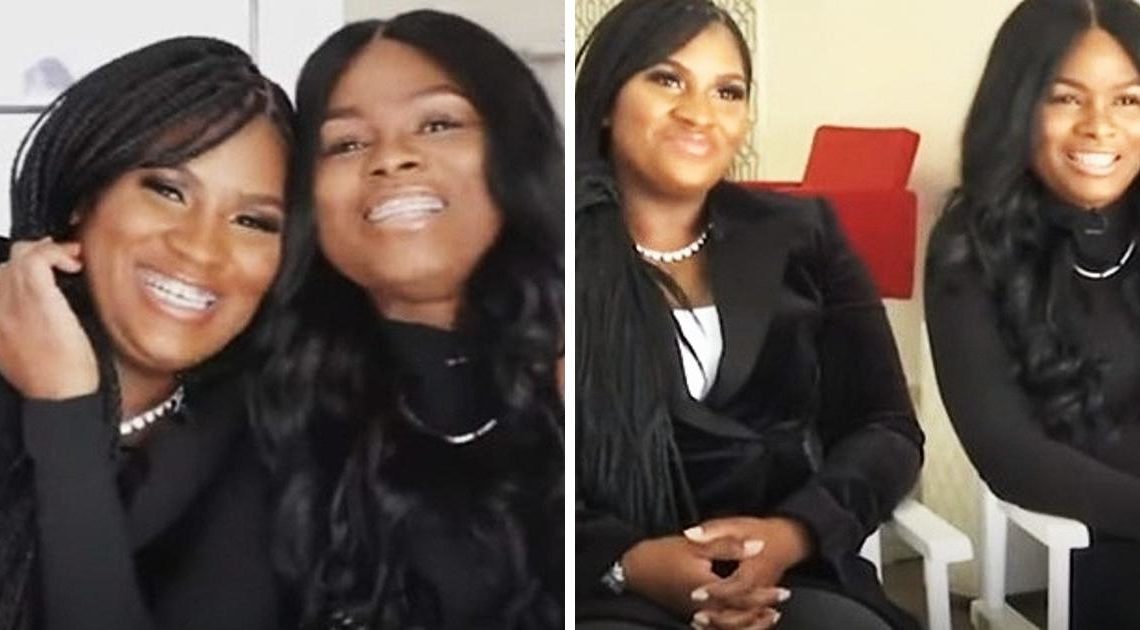 Many people agree that friends are the family we choose. They’re the people that we decide we want to spend our free time with and celebrate all of life’s milestones with, along with our relatives. For some people, it’s common to spend so much time with your friend and your friend’s family that they start to feel like your own.

Ashley Thomas and Latoya Wimberly from the Philadelphia area in Pennsylvania have been best friends for as long as they can remember. First meeting in middle school, the dynamic duo have gone on to become incredibly close over the 17 years they’ve been by each other’s side. Their friendship had become so tight they basically considered themselves sisters.

Along with having plenty of similarities in their interests, Thomas and Wimberly also realized that they looked a lot like each other and were only two years apart in age. It was almost as if they were meant to actually be related. As more and more people pointed out their uncanny resemblances and similarities, Thomas and Wimberly couldn’t help but wonder if there was any truth behind the thoughts.

In early 2020, the pair of best friends finally got the answers they had been searching for and learned some shocking news: they discovered that they were, in fact, biological sisters. When Thomas and Wimberly got the official DNA test results back, they were overwhelmed with emotions, ultimately bringing the pair of friends even closer together and celebrating the fact that they were related. Read on to find out more about this heartwarming story.

Finding Out The Truth

In March 2020, Good Morning America reported that Thomas and Wimberly had been calling themselves sisters since meeting in middle school. In February 2020, the pair had actually been able to confirm that they were, in fact, biological sisters according to the DNA test results they received.

Earlier that year, Thomas had posted a photo of Wimberly on social media and received some comments that led the pair to look deeper into their potential relation to one another. They learned that Wimberly’s father, Kenneth, knew Thomas’ mother. According to Good Morning America, Thomas’ mother passed away 11 years prior, but Thomas never searched for her biological father.

It turned out that Kenneth and Thomas’ mom once had a brief fling, but never knew that the woman was pregnant. After Wimberly asked him to take a DNA test to see if he was Thomas’ dad, the shocking results revealed that Thomas and Wimberly shared a father and were in fact biological sisters.

Speaking about Thomas, Kenneth said, “She always called me Big Kenny and now it’s moving from Big Kenny to dad and it takes a little while to get used to. But she just looks at me when she does it and smiles.”

Even though they went almost two decades being friends without knowing they were related, Wimberly said she is happy they were able to develop such a strong bond first. “I wouldn’t change it because I don’t know if we had known we were sisters that we would have this bond and be as close as we are,” she said. “I have questions, but no regrets.”

What did you think about this story of two best friends learning that they are actually sisters? Do you have any close friends you consider family? Let us know, and be sure to pass this along to your loved ones, too.