Two-week-old orphaned piglet comforts kitten when she has seizures 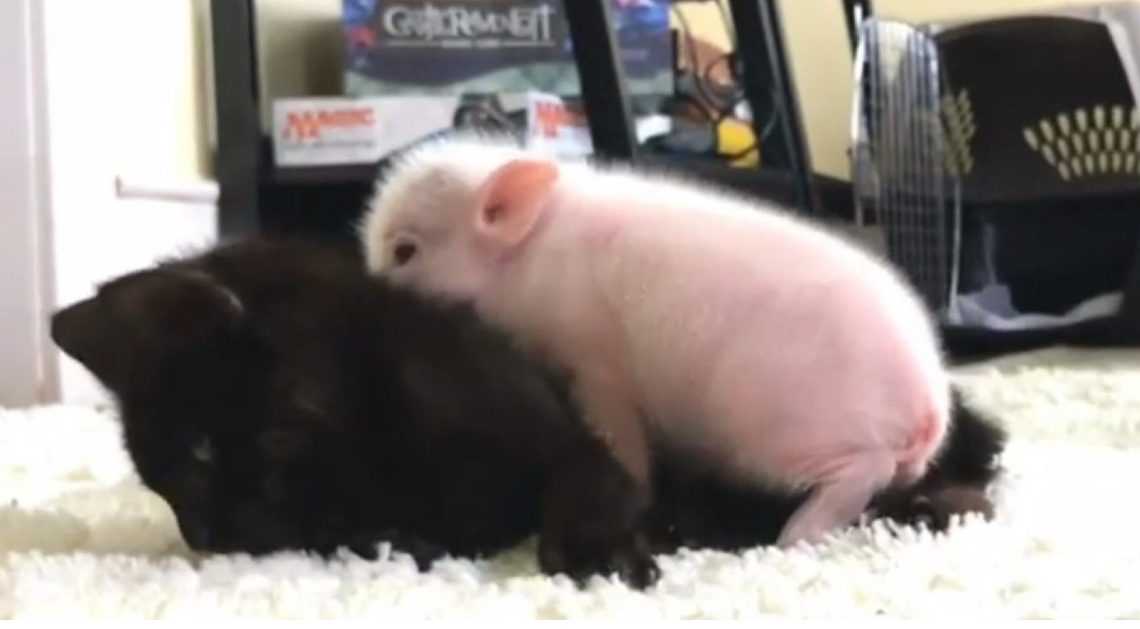 Although it seem highly unlikely for a cat to befriend a piglet, this inseparable pair proves impossible is nothing in the animal kingdom. A special needs kitten that suffers of seizure, only calms down when her two-week-old orphaned piglet pal is around. Their inspiring story proves once again, just how gentle animals can be! 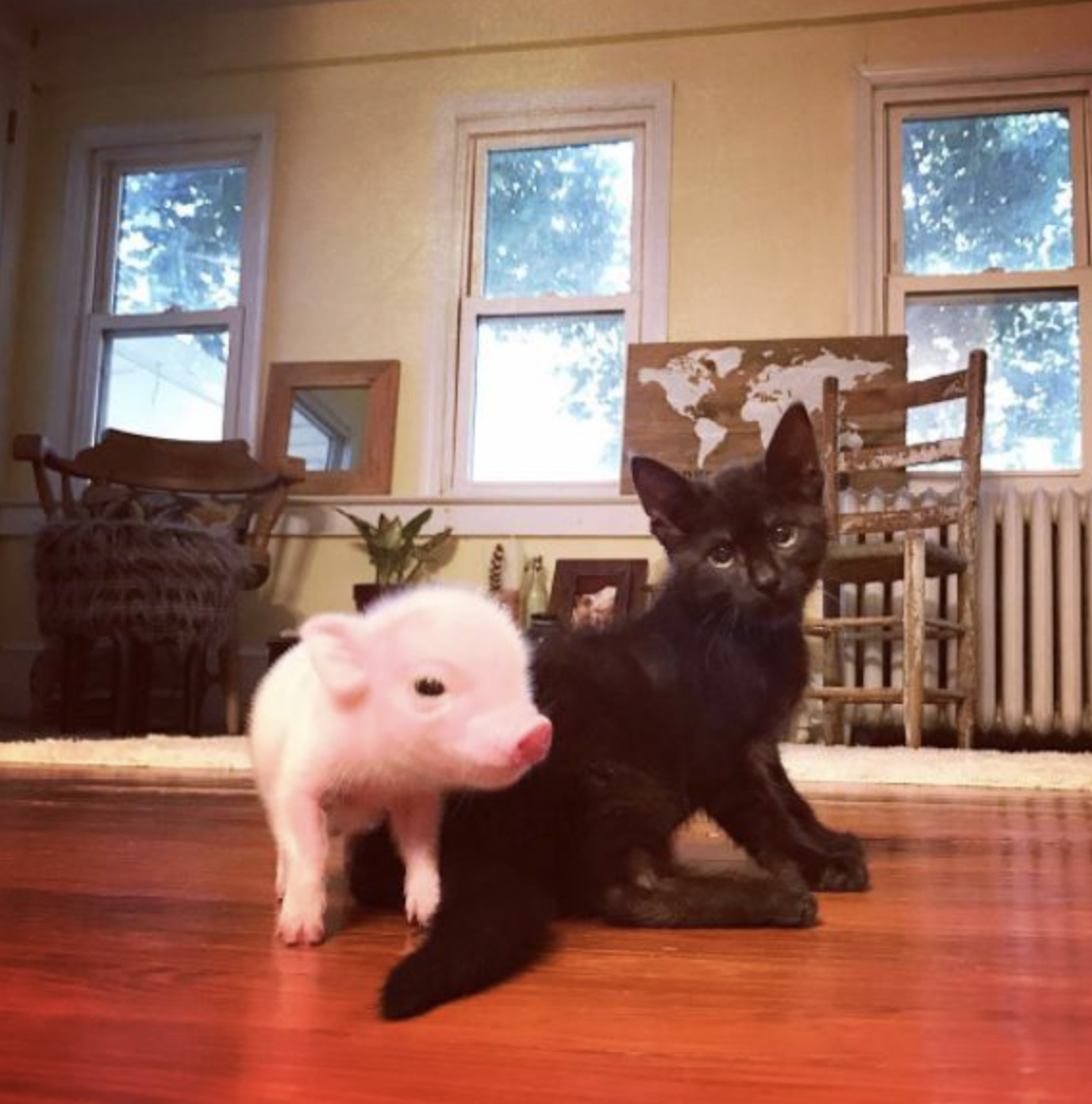 For both these little things, life was nothing but though. Fortunately, they now have each other and the special bond they share helps them to overcome any obstacle. The two met at the Rancho Relaxo, a rescue facility in New Jersey, and they are inseparable ever since. While Batman – an adorable two-week-old piglet – got orphan shortly after birth, for Sriracha – a sweet black cat – things looks even worst.

Born with a rare neurological condition, Sriracha will always have walking problems. Due to her medical condition, the kitten also faces balance problems and more, she frequently has seizures. But, apparently she’s now able to overcome her problems much more easier, and all thanks to her unlikely friend. Since day one, Batman realized Sriracha was in desperate need of help, and he became so attached to her. 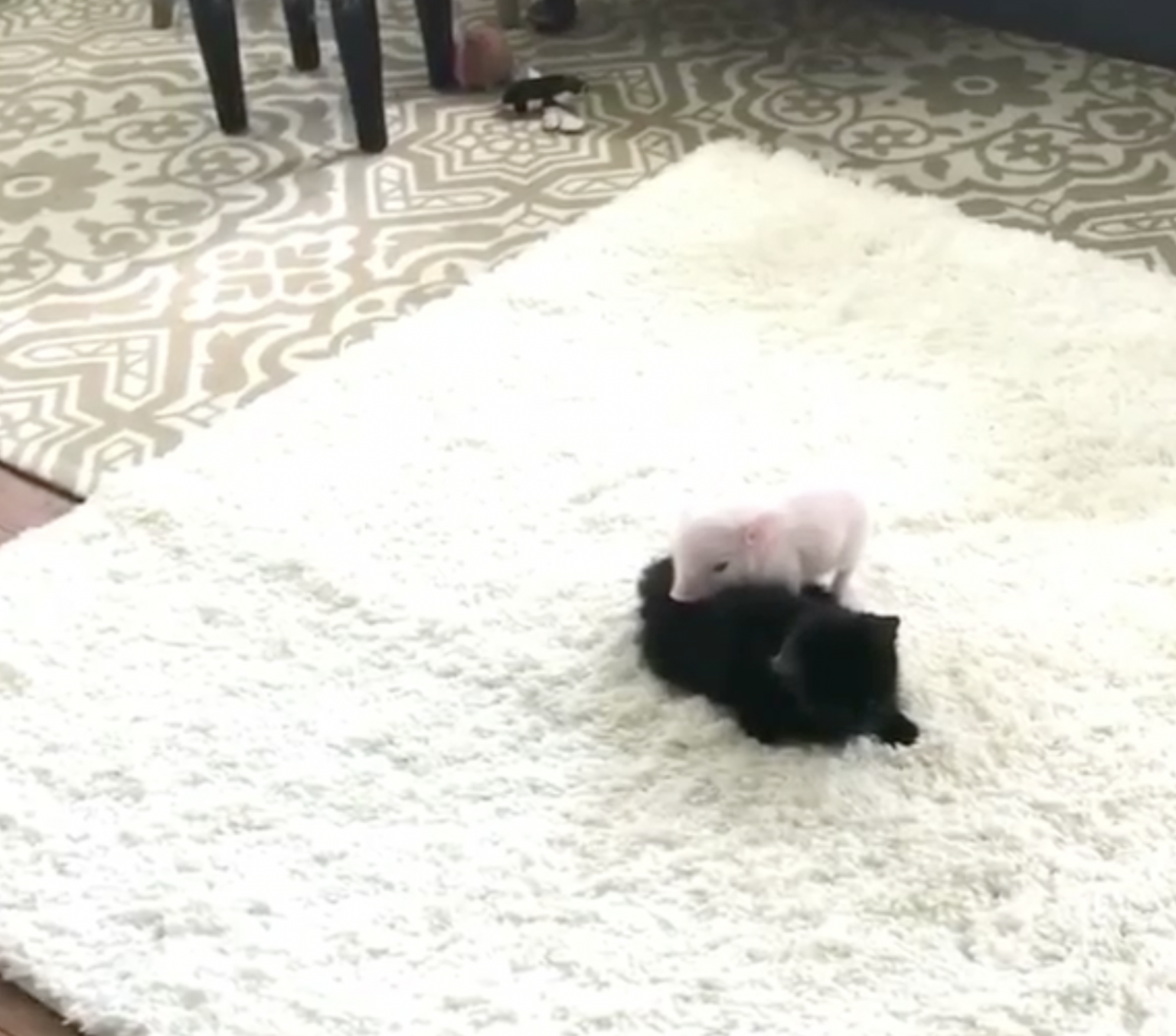 Even though life was so unfair with both, these two innocent souls prove that love and affection are enough to keep going. “He became so attached to Sriracha,” rescue Caitlin Cimini wrote on Facebook. “I swear he knows she has had a bad couple of days and feels the need to comfort her.”

Sriracha and her besties went viral after a footage of them was shared online. As the cat was having a seizure, the tiny piglet rushed to cuddle her and calm her down. The moment was caught on camera and it is heart-melting. Take a peek: