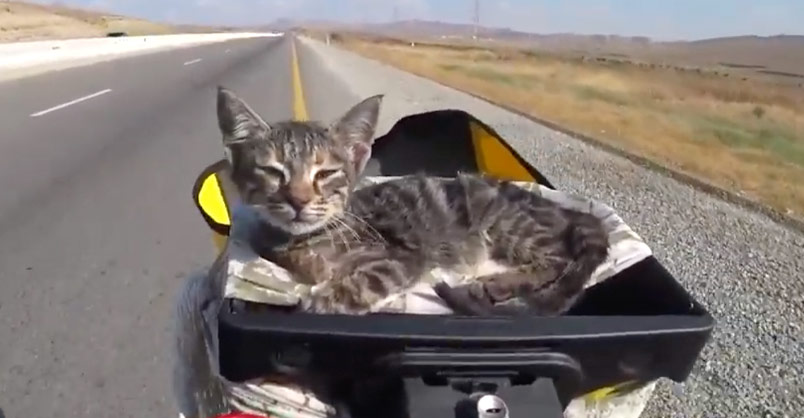 Magda and her friend Manu were on a cycling trip in Azerbaijan. They were both hungry so when they arrived in the next town they looked around for a place to get some food.

While they were sitting out in the street eating their food they were approached by a tiny little kitten, she was meowing at them so they decided to give her some food as she looked very skinny. 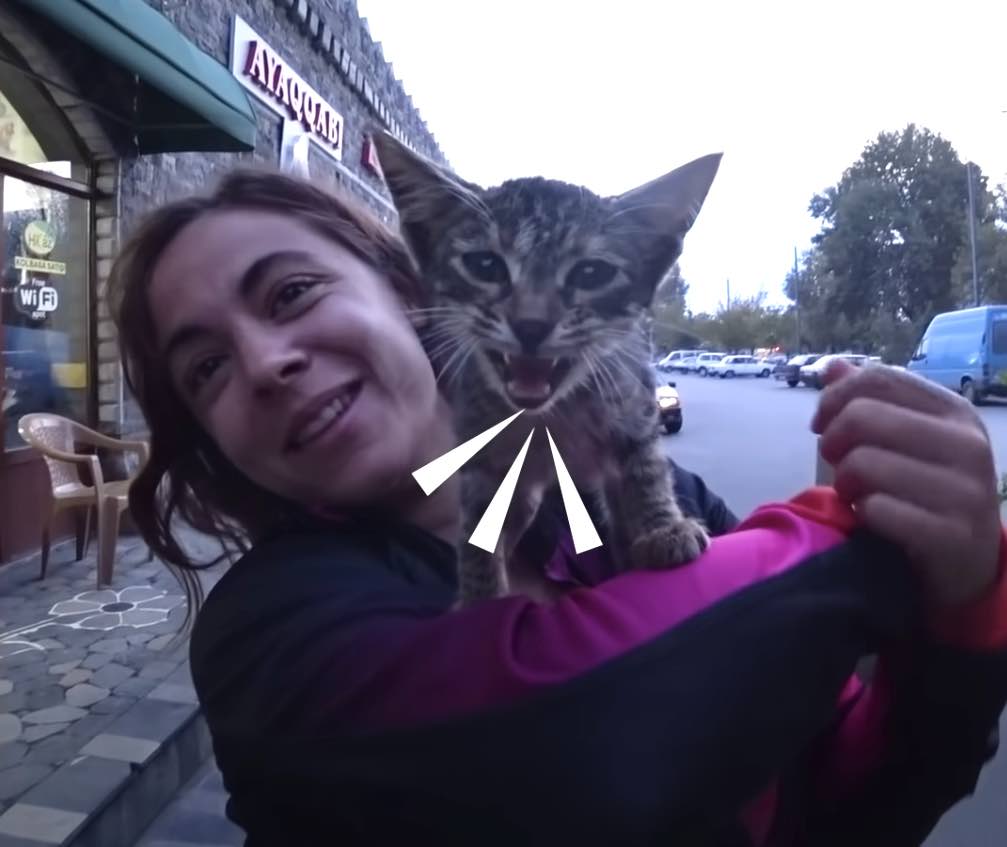 Both of them felt really sorry for her, she was obviously all alone in the world and was having a rough time. They felt they needed to do something to help her, they had no other choice but to take her with them.

The two girls were completely smitten by the little kitty, so in a way they were looking forward to this new chapter in their adventure. 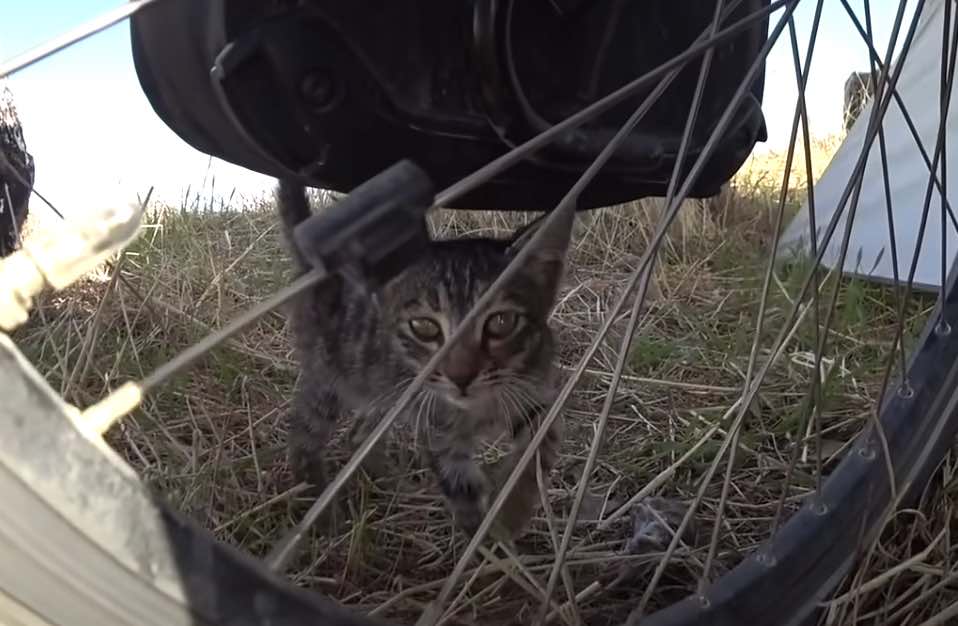 They fashioned a sort of hammock for her in the handlebar bag and made it comfortable and safe with a blanket. The little kitten was hesitant at first it didn’t take long for her to relax and enjoy the ride.

When it was time for them to set up camp for the night she had no problem joining the two girls in their tent. They decided to name her Icky because that is the Azerbaijani word for two – which was the amount of sausages she gulped down that evening!

Icky loved her new life, when they weren’t on the road or in the tent she would follow the two girls wherever they went. It was so nice to finally feel loved.

They were now heading towards Baku, where they decided they would find a vet and make a decision on Icky’s future. They were hoping that they would be able find someone that wanted to adopt her. 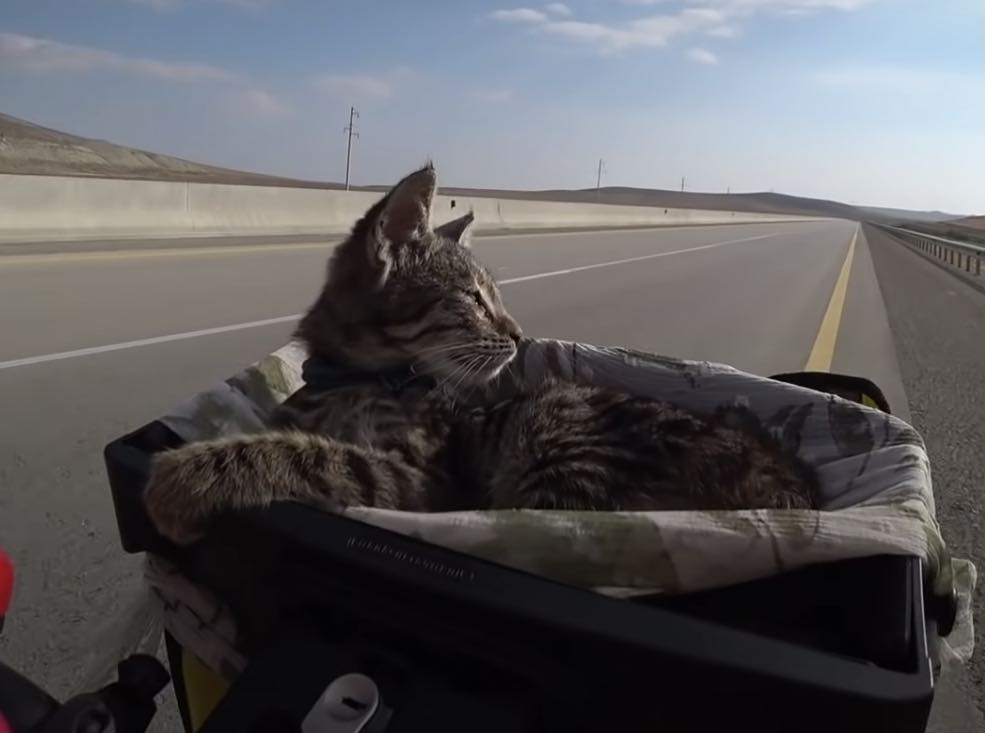 When they reached the clinic the receptionist said she would help them find Icky a home by setting up a Facebook post on their community page asking for potential adopters.

Watch the video to see what happened:

It was so heartwarming to see that Icky had found a forever loving home, thanks to the kind girls that gave her an adventure of a lifetime.