Two Cats Having a Conversation Will Surely Get You Laughing out Loud! 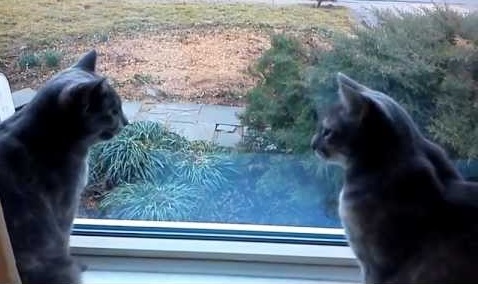 This two furry friends have a lot to say to each other. If only we knew what they were talking about! See their hilarious conversation in the video!

For people, talking to one another is the most natural thing in the world. Conversation is a fantastic part of life for us, but what about our furry animal friends? Can they actually talk to each other like we can?

Well, in this video, there are two adorable cats who seem to be doing exactly the same thing that two friends might do if they were sitting on a window sill, looking out into the yard.

But what in the world would two cats ever have to talk about? How bad they think their cat food is? Maybe they’re talking about new ways to escape to the outdoors so they can have a fun day of hunting rodents? All we know is that this kitty conversation is absolutely fantastic!

Check out their hilarious conversation in the video below!