Truck Drivers Feed Thirsty Baby Elephant. Then They Load Her In Their Truck, And Drive Off. 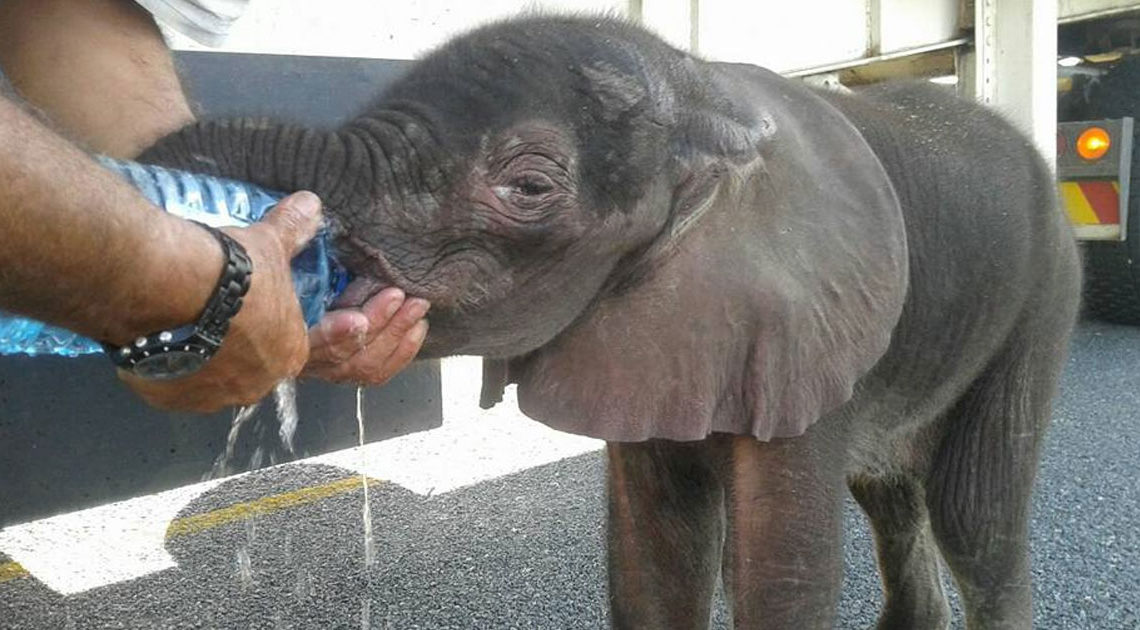 It’s an experience that few of us can even imagine: You’re driving down the road in your truck, and a baby elephant appears out of the bushes. It seems to be in distress. Clearly, your only choice is to stop and help the tiny baby. I wouldn’t have a clue what to do, but these two men were able to help and save this baby elephant’s life.

The two men work as drivers at AfriAg transport company in Johannesburg, South Africa and were driving through Botswana. I fallen bridge had blocked their way through, and as they waited for the bridge to be repaired, the little elephant appeared out of the bush. Naturally, the men assumed her mother was nearby and went searching.

When no adult elephants were found nearby, they realized that the tiny elephant was all alone. They had no idea how long she had been on her own, but she was incredibly thirsty. The drivers gave her water from their own water bottles and she drank nearly thirty liters. For nearly any animal, dehydration is extremely dangerous and possibly deadly, so their actions most likely saved the little elephant’s life.

But, their kindness didn’t stop there. Realizing that she was an orphan, the drivers knew that they could not leave her where they found her; there was no way she would survive on her own. At the time, she was only around three weeks old, and no one had any idea how long she had been away from her mother.

So, they loaded her up on the truck, waited for the bridge to be repaired, and took her to an elephant sanctuary called Elephant Sands. She was later transferred to Elephants Without Borders, another sanctuary, and is doing very well, all thanks to her rescuers.