Trapped in freezing conditions, covered in ice, time was running out! 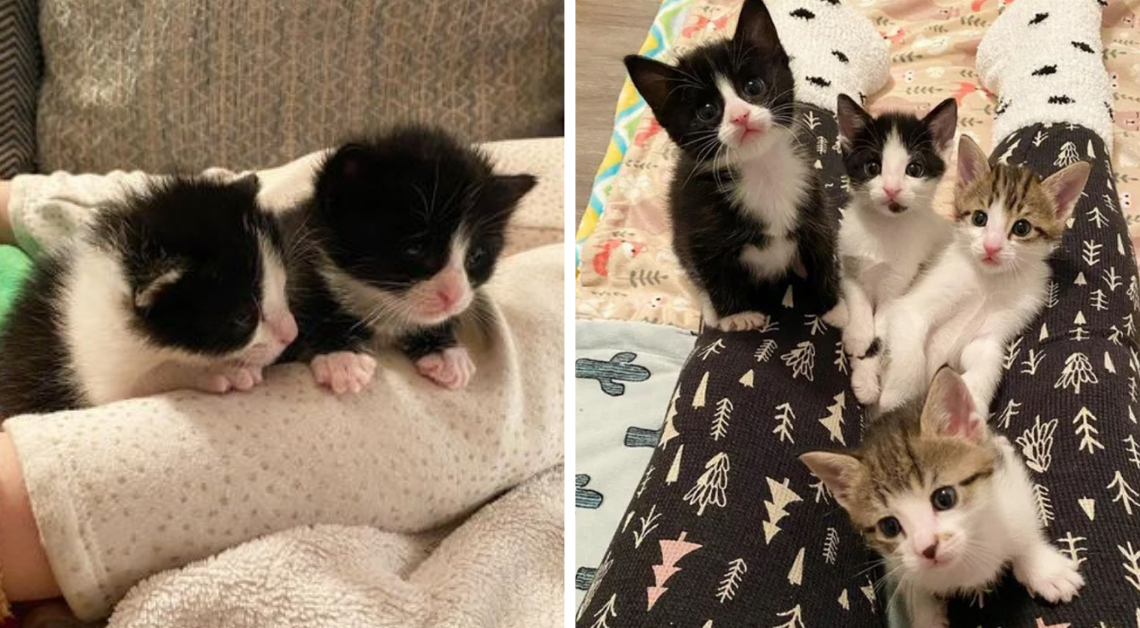 A LITTER OF KITTENS WAS FOUND COVERED IN ICE IN THE COLD. WITH THE HELP OF KIND PEOPLE, THEY ARE THRIVING TO BE THE SWEETEST LAP CATS.
A kind-hearted person working on a rural property in, Virginia, recently found a litter of kittens in a nest with no sign of mom. It was clear mom had not been back since they were born, as they were all covered in a thin layer of ice, and understandably, very cold to the touch.

Knowing these innocents needed help ASAP she brought the litter indoors and contacted a rescue group for help! 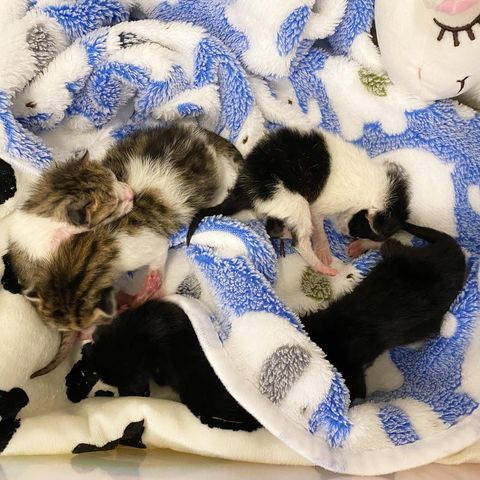 “Thanks to @loudoun_cat_coalition who got in touch and facilitated the transfer, I met the lady halfway between our homes (she’s an hour out), and collected this little beeps,” Penny Richards, a foster volunteer for the Animal Welfare League of Arlington.

“They had such a strong will to live! They were icy, yet they were so persistent and full of life.” 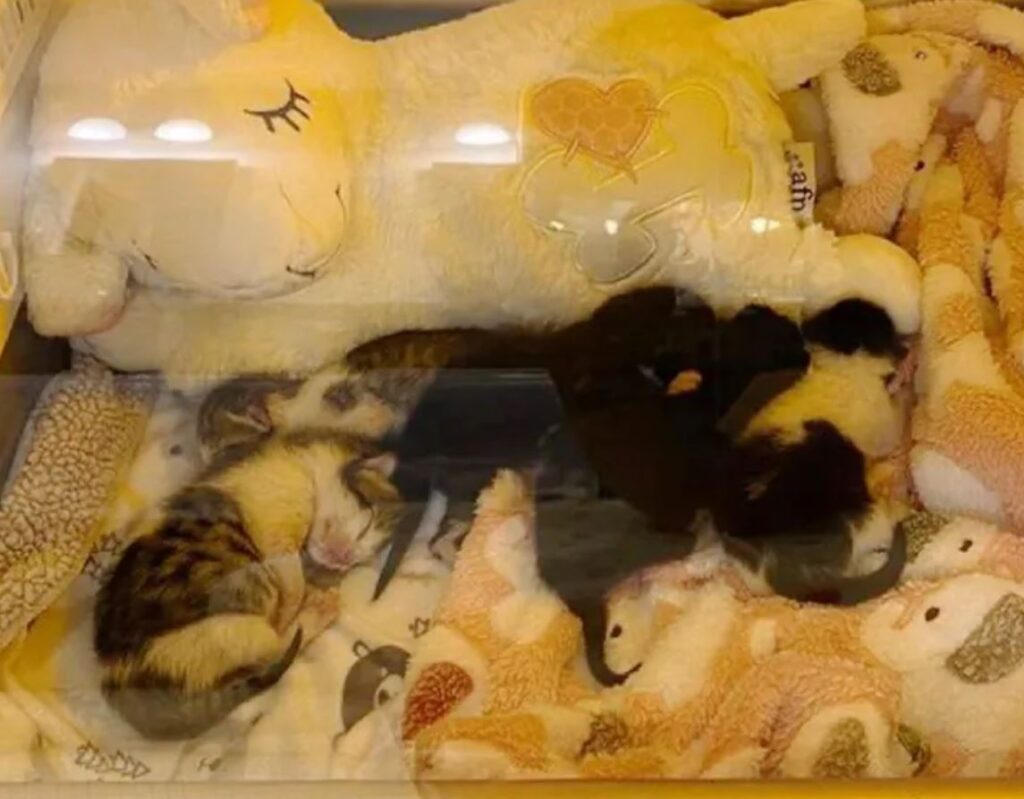 That the litter somehow survived the freezing conditions long enough to be rescued is nothing short of a miracle!

Penny gave the five miracle survivors, the names Kahlua, Jäger, Jameson, Hennessy, and Morgan. To help them feel more secure she gave them a soft toy they could snuggle up to. 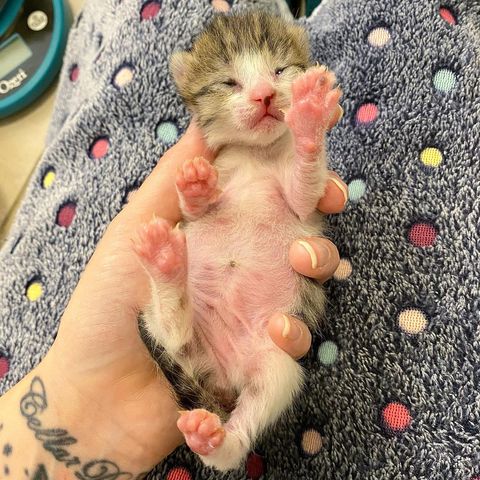 Things started off well as the whole litter took to the bottle really well, but then diarrhea set in and it was a bit of a struggle trying to maintain weight.