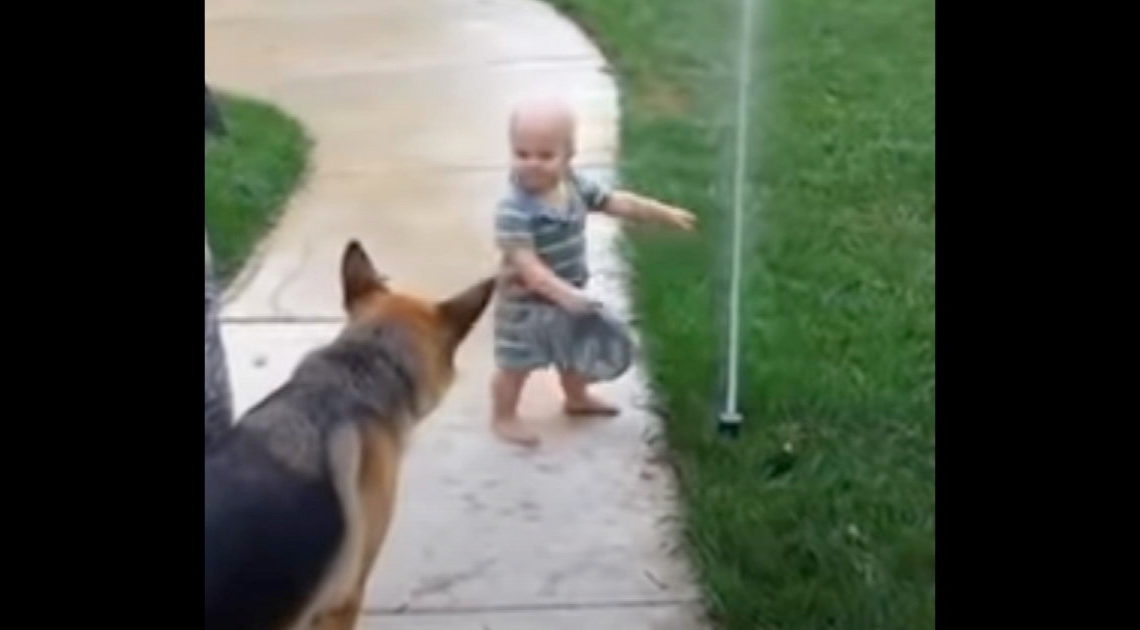 Who could have thought that the big and brave German shepherd could be afraid of water. Although this breed is known for their courage and their service in the army and the military forces, they are allowed to be vulnerable at times and to have their own fears. This particular dog hesitates to go near the family’s new water sprinkler. He barks at it not knowing it will become the best ‘toy’ he’s ever played with. 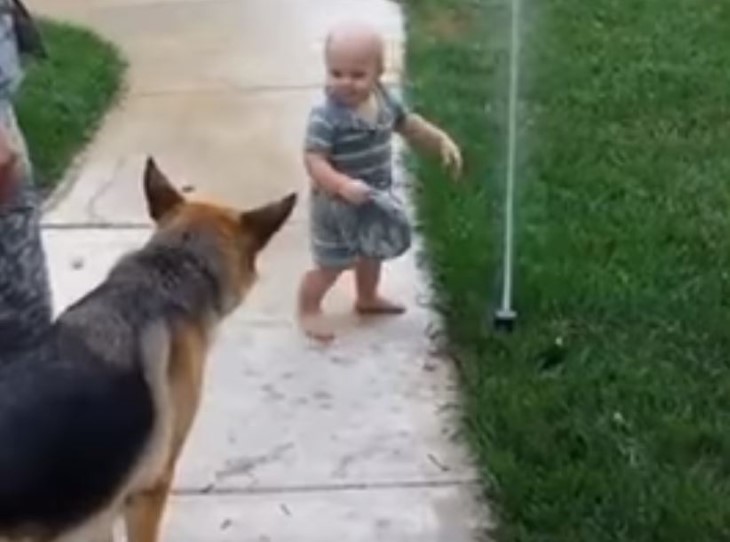 Watching from the distance, the dog nervously stares at the water coming from the sprinkler as his little baby brother encourages him to come forward. It’s so sweet to watch how the little buddy point to it with his tiny finger as though he says, “Don’t be afraid, this is so much fun” and then demonstrates how it works. While the mom watches the two ‘talking’ she starts laughing.

Once the German Shepherd is convinced the water won’t hurt him, he approaches near the sprinkler and that’s when the real fun starts. Watching the dog play with the water is beyond hilarious. He is so excited that he goes completely nuts and can’t stop running around. The fear is now gone and all he has to do is enjoy even more.

We are happy this dog found a new way to entertain himself. Take a look at the video and don’t forget to share it with your friends!
Previous
Next