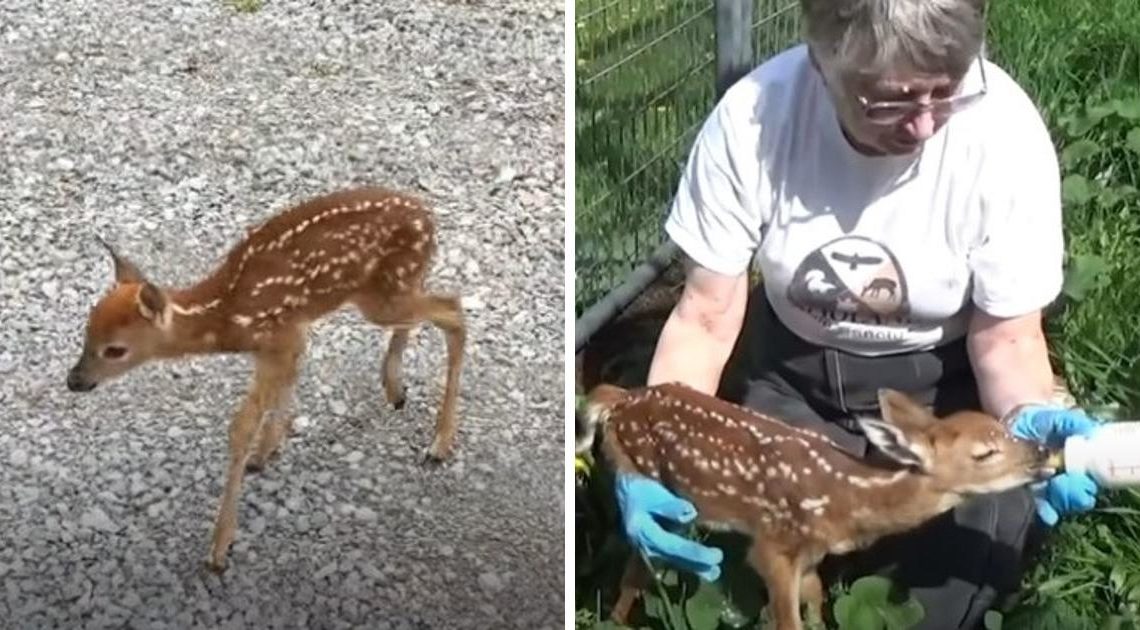 Last month, a tiny baby deer walked right up to people, crying for help. When it became clear that she lost her mom, they brought her to Woodlands Wildlife Sanctuary in Ontario.

As we continue in our ventures to cut down forests and build malls, parks, and shopping plazas, big businesses do not realize the impact that they have on the environment around them. By cutting down trees and destroying a wild habitat, we ruin the lives of animals that have been living there. 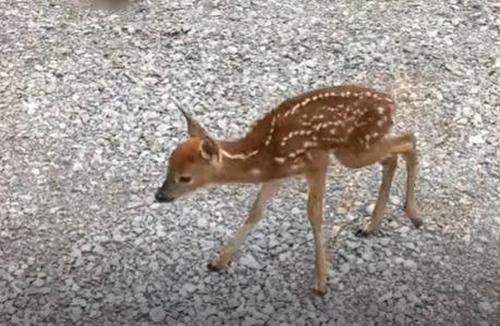 Deers are a prime example of animals whose lives we have affected. Deers typically reside in habitats such as the forest or mountains, however, the actions of humans have caused them to lose their home. Thankfully, some humans try to reverse the impacts of habitat destruction.

While big businesses attempt to wreck forests, the government and wildlife centers around the world are working together to save the animals from these lost habitats. Most of these wildlife centers run solely due to volunteers and no funding whatsoever. They rely heavily on donations to run while they do so much for the animals of our world. 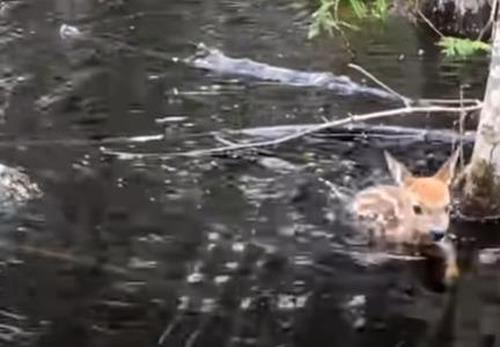 The Woodlands Wildlife Sanctuary (WWS) in Ontario, Canada has been running since 2008. The kindhearted people of this organization have not thought twice about spending their money and time to help animals in need. They recently rescued a baby deer in need of help.

The fawn was left stranded in a river and all she could do was wait desperately for help to arrive. When volunteers from WWS noticed the fawn crying in the river, the team immediately took action to help. 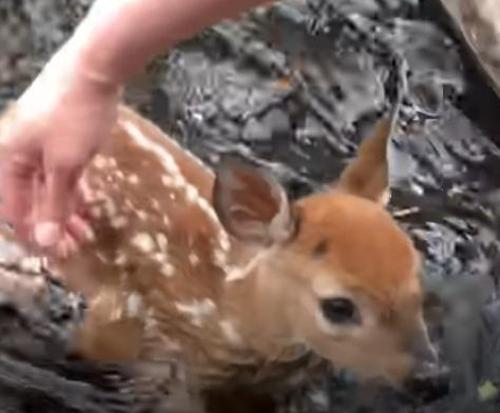 The poor fawn continued to wail as the team began their rescue mission. She even attempted to swim towards the team when she saw a member open his arms towards her. Her attempt was successful and she was soon in the arms of the man. Somehow, she knew that she could trust the team, whether it was by chance or pure luck.

According to The Dodo, after the rescue, the team began to search for her mother. Unfortunately, there was no sign of the fawn’s mother anywhere. The fawn was still wet from having swum through the river and was shivering as she waited for her mother. Typically, a mother would be accompanying her fawn, but in this case, it seemed that the mother had her own agenda. 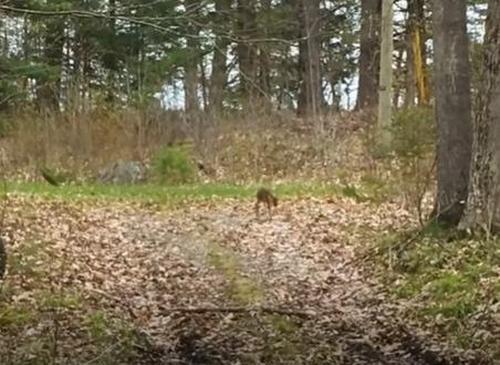 The team could not leave the fawn on her own until they saw that she was with her mother. They safely placed her next to the location where she was found with the hopes that her mother would soon arrive.

About an hour later, the wail of the fawn was heard again. The team looked back at the fawn from a distance, but her mother was still nowhere to be seen. It took some time, but the fawn soon became comfortable enough to walk near the team fearlessly. 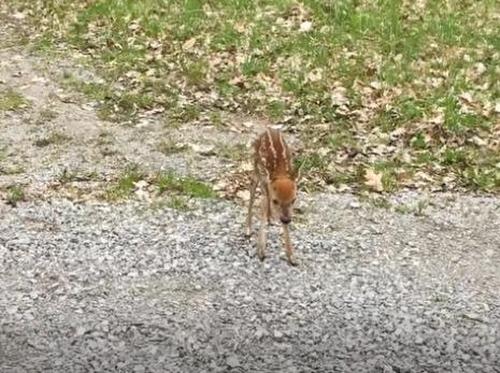 The team realized that there was no chance of her mother coming and deciding to take her back to the sanctuary. CBC reported that the fawn was named Ivy and she has been since living in the sanctuary, enjoying her life to the fullest.

After taking Ivy back to the sanctuary, the members of WWS proceeded to nurse her using a deer formula that resembled her mother’s milk. They also gave Ivy a small bed and a stuffed toy to keep her busy. 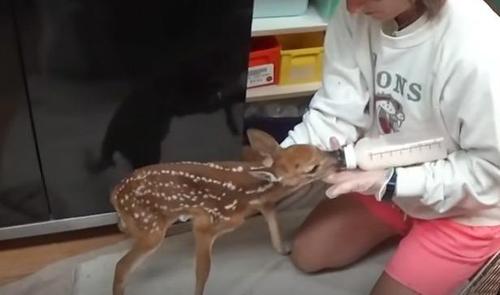 After Ivy’s rescue, there have been countless other rescues of fawns who had been orphaned. Ivy was grateful to be around other fawns and enjoyed playing with them. Of course, the sanctuary is not a permanent home for animals, but merely a place for rehabilitation.

As each fawn grew up to be a strong and independent deer, WWS decided that it was time to let these animals back into the wild. The departure was a tad heartbreaking, but it was great to see Ivy happily prancing into the woods with her friends by her sides.

What did you think about this story? Be sure to tell your friends and give us your opinions!