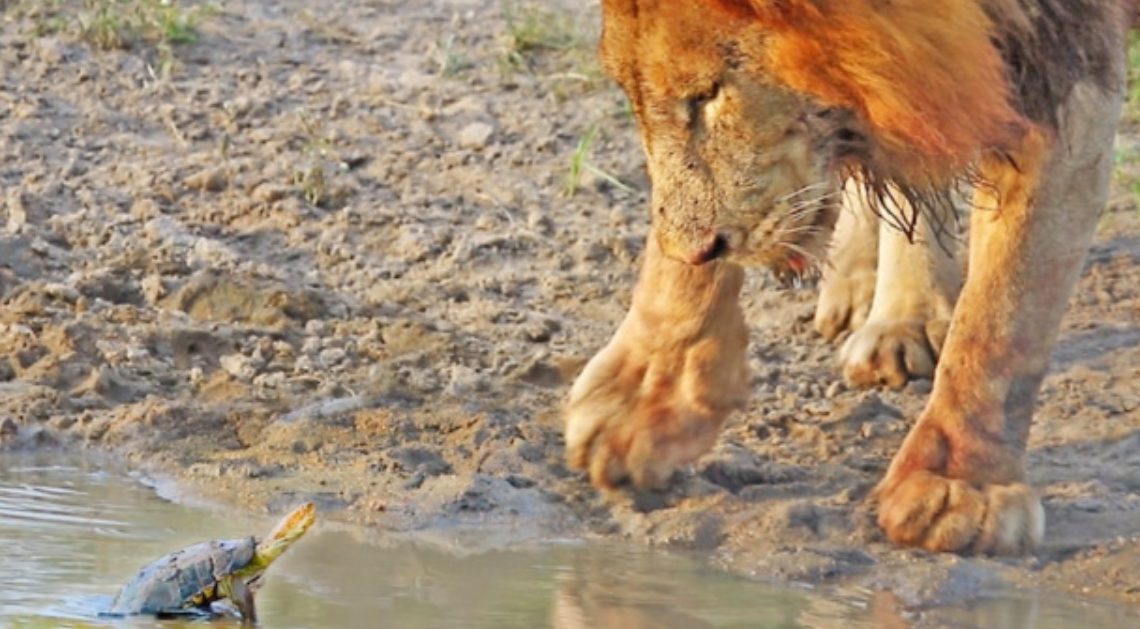 The African lion may be the king of animals, but this fearless tiny turtle shows no respect. The little creature is neither impressed nor afraid of a pair of lions who dared to drink water from its watering hole. In a now viral footage, the brave turtle lets the lions know who’s in charge there. 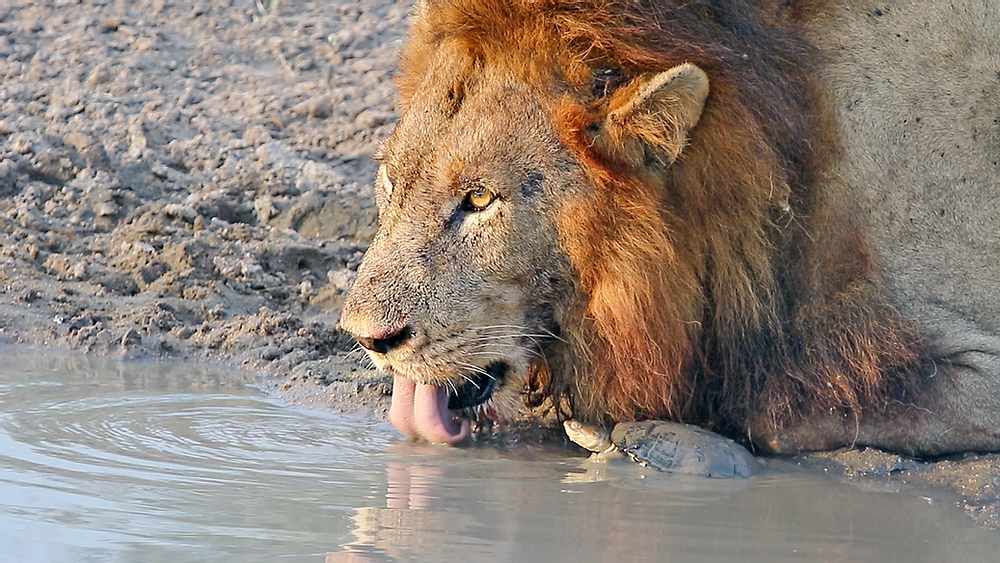 The drama occurred in the MalaMala Private Game Reserve, South Africa, where a pari of thirsty lions (a male and a female) approached a waterhole. But soon learned they are not welcomed…on the hard way. One of the waterhole’s residents – a turtle – chased them away in the most epic way. 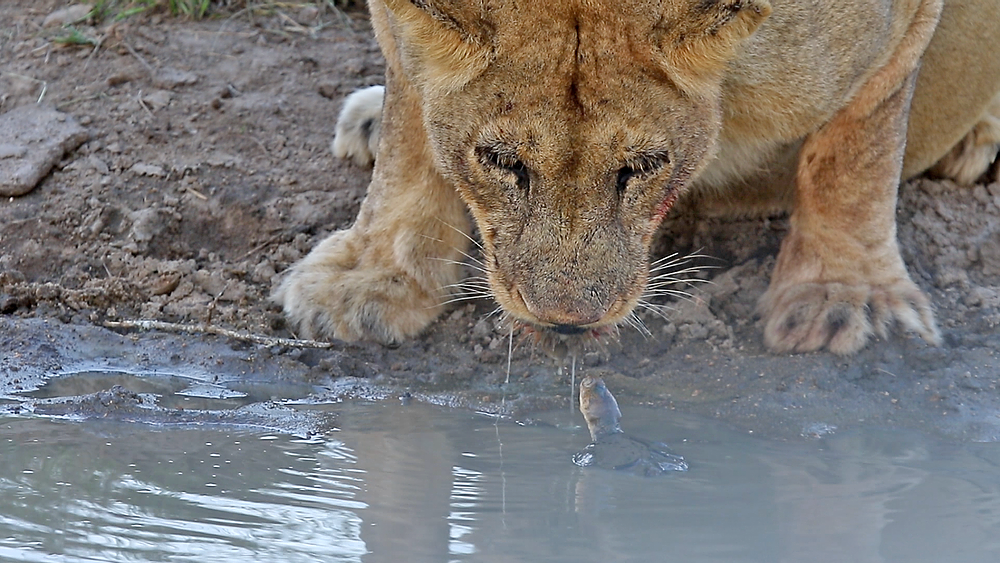 The moment was caught on camera by Reggi Barreto, a photographer and safari guide. Speaking for the LatestSightings.com, he said: “I knew the lions would look for water to drink, and we positioned ourselves in the perfect spot with the sunlight in our favor, ready for the sighting, but we definitely did not expect what came next.” 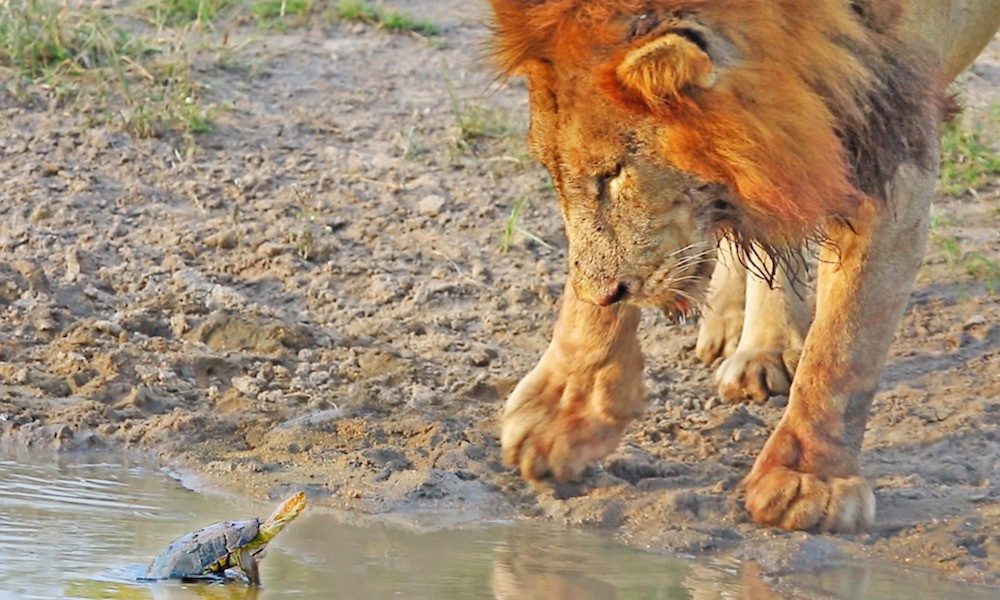 Although thousands times bigger, the two lions had to think twice when faced the extremely brave turtle. The little one’s persistence eventually paid off, but that was when the lions quenched the thirst. The scene surprised everyone, even Barreto. “It was an incredibly rare sighting for me to film,” he said.

You can watch the epic moment, bellow: