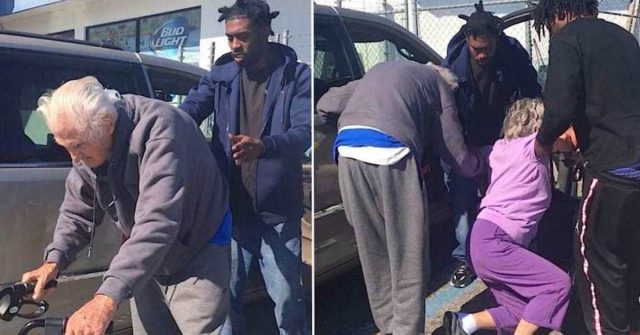 When Rose Griest, 89, and her husband David, 100, were on their way home from Rose’s doctor’s appointment, they made a stop at the first gas station they could find to use the bathroom. Both Rose and David use a walker, so getting from one place to another, as well as getting in and out of their car, can be challenging at their age.

As they made their way back to their SUV, Rose was feeling a bit exhausted from having already been to the doctor’s and then from walking around the gas station. She began to struggle with her walker, her legs became shaky, and they started to give out. 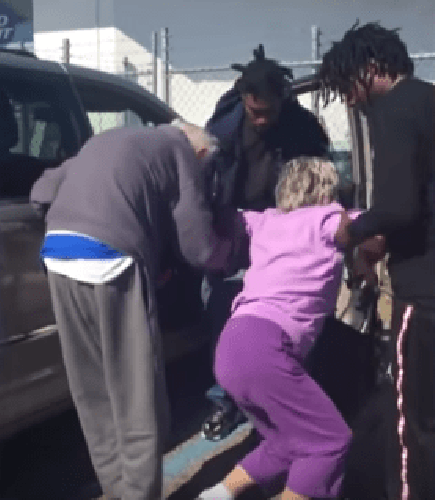 A police officer who was sitting in her truck nearby, Kanesha Carnegie, saw the elderly woman begin to fall and she immediately got out of her vehicle to go and help. Yet as she jumped out of her vehicle to assist, she noticed three young men had already rushed out of the gas station and ran to the couple’s side to help. They asked Rose if she was alright, and they helped hold her steady. Two of the young men then gently picked her up and placed her in the front seat of the SUV.

“I saw that old lady struggling and about to fall,” said 26-year-old Joc Stoe who helped the couple. “I asked permission to assist them, and the husband said yes. She was out of breath and so tired. She was so exhausted, I knew she wasn’t able to go much farther.”

“I kept thinking, ‘She could have been my grandmother,’” shared Marty, another of the young men.

Officer Carnegie saw that the young men had the situation under control, and her heart was moved by their kindness. She’s been a deputy in Levy County for 18 years and was familiar with the young men. She said that the young men are local rappers, and while they don’t have “the greatest history,” that she was deeply impressed with their kindness and willingness to help. She said that their history added to the beauty of what they did for the elderly couple.

Rather than intervening, Officer Carnegie instead decided to take a video of the beautiful moment.

“You take it easy, momma,” one of the young men said to Rose after they helped her into her car. 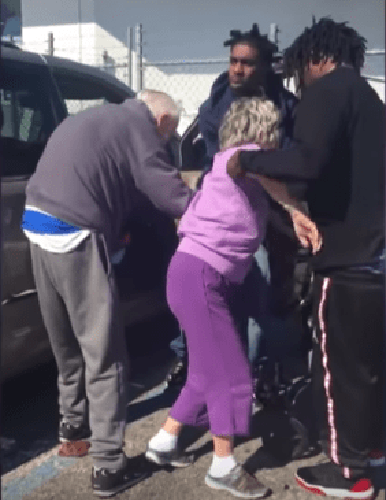 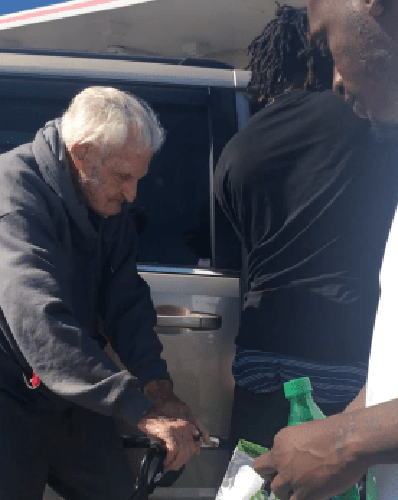 Officer Carnegie shared the video online, and the couple’s grandson, Thomas Griest, saw it and sent her a message of appreciation for the young men.

“He was extremely grateful, extremely thankful. He said his grandfather retired from the Air Force. That explains why he’s 100 years old and still driving. You can’t stop somebody like that, ever,” shared Carnegie.

Thanks to the help of Marty, Joc and Freddy, Rose avoided a potentially dangerous fall, and her and David now know that when they need help, they can count on the kindness of the young men in their community.

Watch this video of these 3 kind young men helping Rose and David: