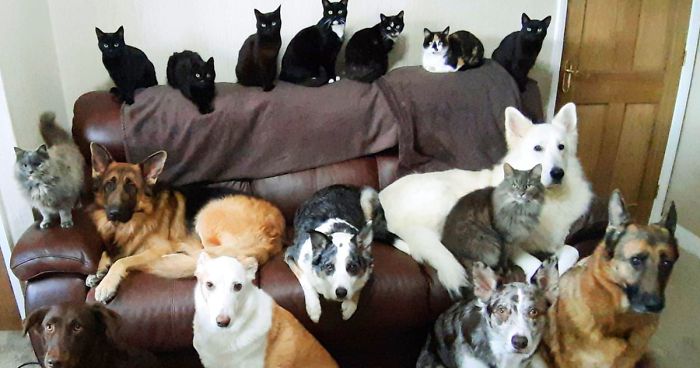 Although we love to take pictures of our pets, it’s clear that the animals don’t share our enthusiasm. Getting a pet to pose for a photo is sometimes almost impossible, and that’s why we have a lot of blurry photos. It’s hard to imagine how to take a perfect picture of your pets if you have… 17. However, this woman named Kathy Smith, from Corwen, Wales, did the impossible: she got all her cats and dogs, 17 in total, to sit down for a family picture. 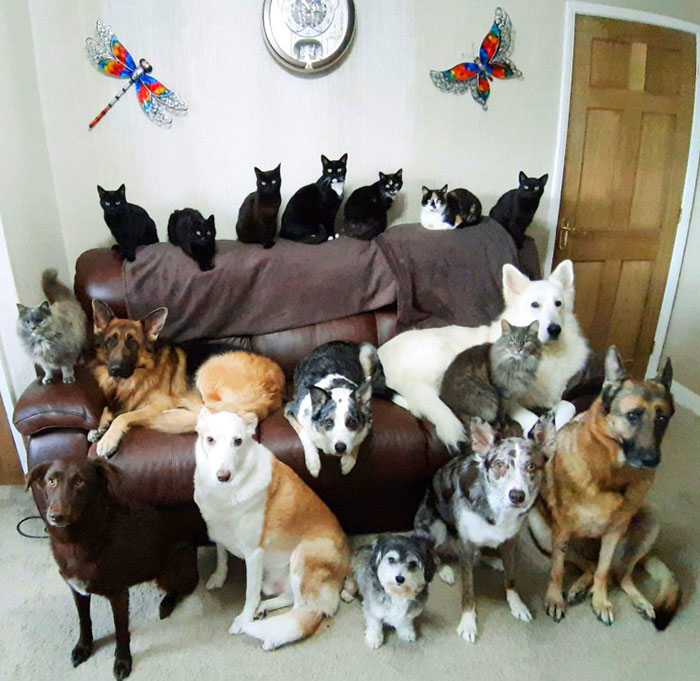 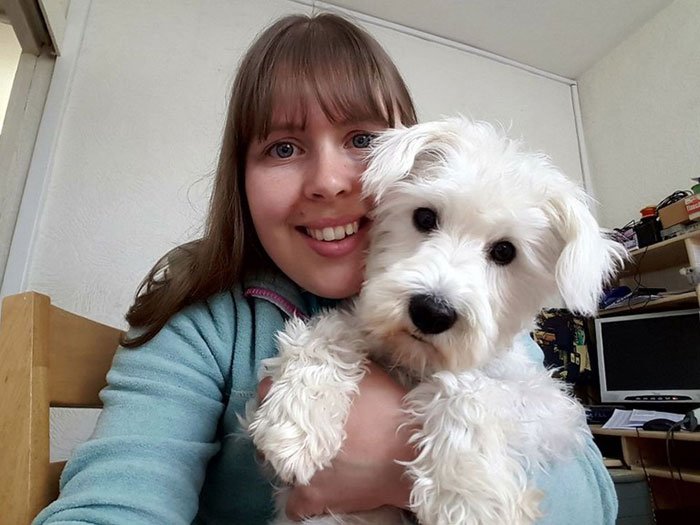 She also has 4 parakeets, several fish and a young hedgehog. 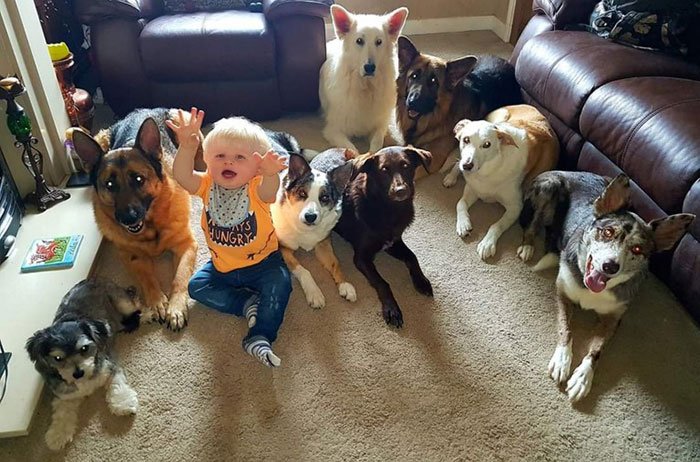 One day, Kathy set herself the mission of portraying all her cats and dogs in a single photo. Most of us wouldn’t bother with such an impossible task, but Kathy proved worthy of the mission. However, it was not easy. 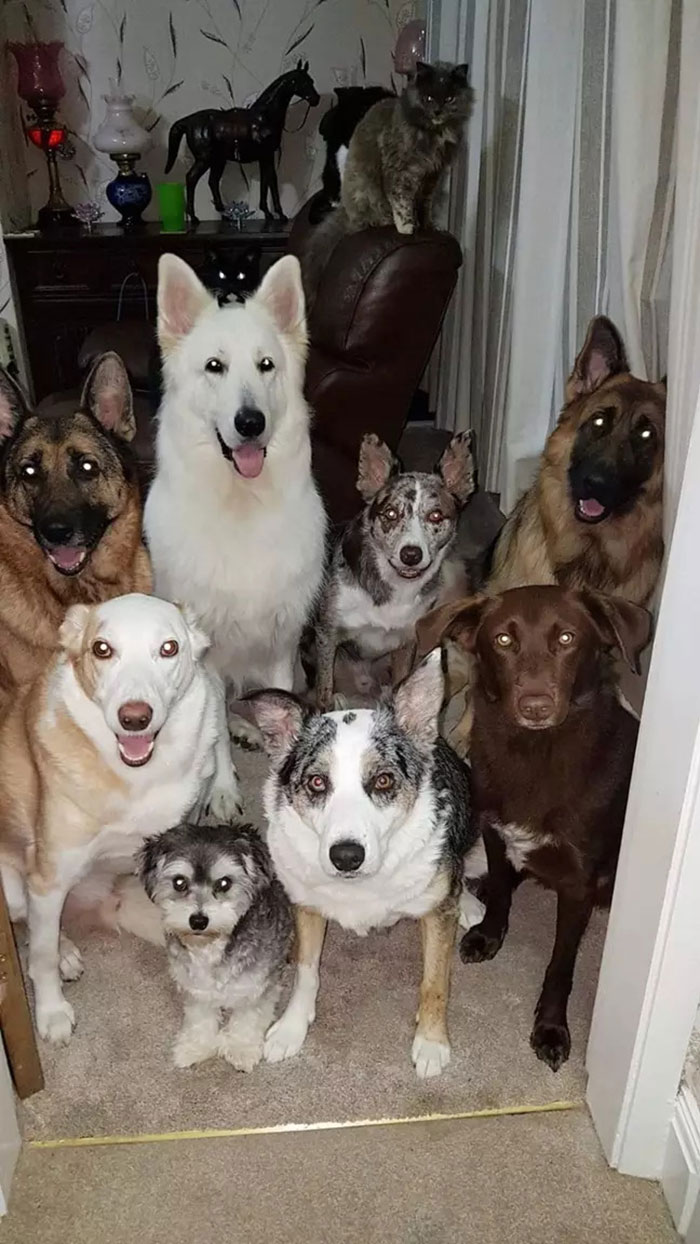 First she started with the dogs who seemed to like the challenge. Although the cats had other things in mind and she had to put them back in place 3 times. 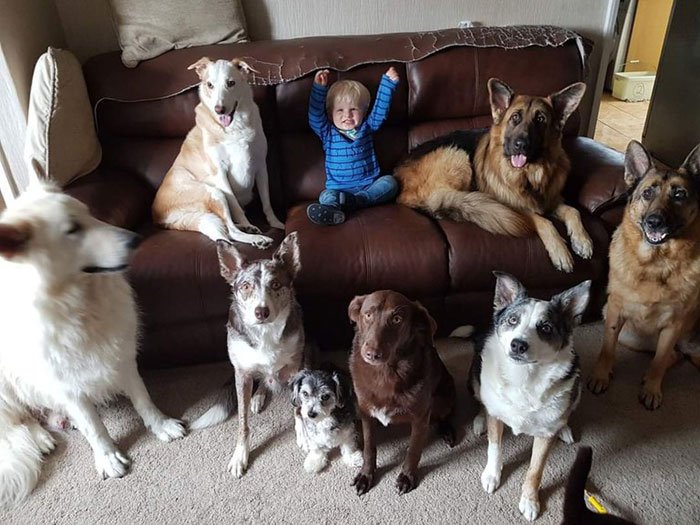 Then, for just a second, his 17 pets were in place and looking at the camera. “I was very excited when I realized I had made it. It’s like a small family photo,” the woman said.