This rescued baby cow thinks he is one of the dogs. But what he did when no one was around? 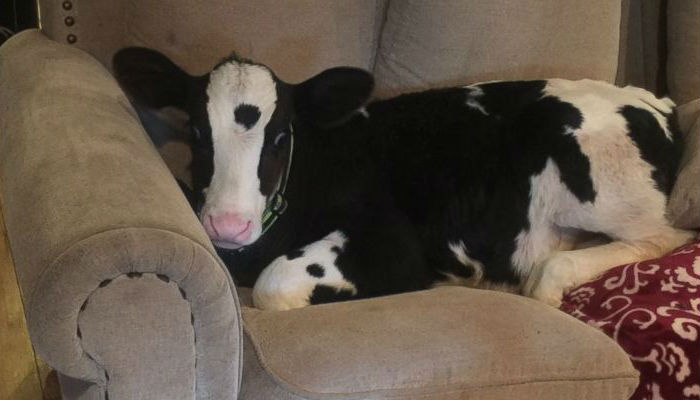 This video features a little baby cow who is having an identity crisis. His name is Goliath. He thinks he is one of the dogs and acts like one. But you won’t believe what he finally did when his parents were out of the house. Adorable!

Goliath, this baby cow in this video is a rescue. Some kind people rescued him and brought him home. As soon as Goliath came home, his new family’s Great Danes, Leonidas started nursing him. Because of this, Goliath began to think that he is one of the dogs. According to his pet parents, Goliath sometimes sneaks into the house and sleeps in the sofa. Silly cow. So much love to give!

Watch this video below. What did you think about Goliath? Share your thoughts in the comments section below! We’d love to hear from you!