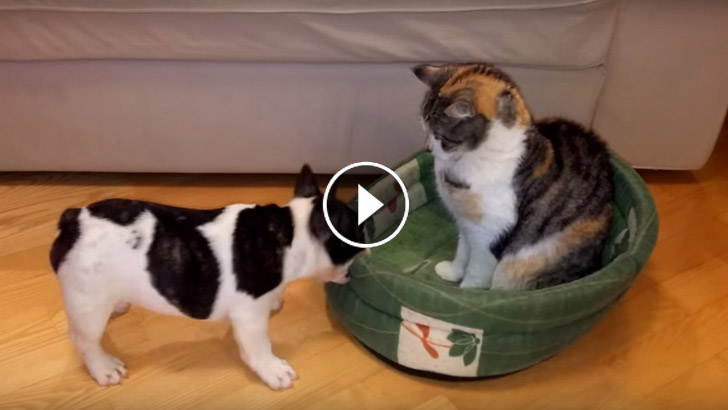 Pixel, the 10 week old French bulldog probably has a lot to learn about life, and today’s lesson comes courtesy of a long time family pet and probably the chillest cat you’ve ever seen. I know that this puppy isn’t particularly scary, but still it’s a dog and cats should be afraid of them, right? Apparently no one told that to this particular kitty and she’s not going to give up on claiming other people’s stuff around the house just because of the newcomer.

I don’t know if I find Pixel’s efforts to get his bed more entertaining or the cat’s complete lack of will to even acknowledge them. In fact I think she is more amused than I am.