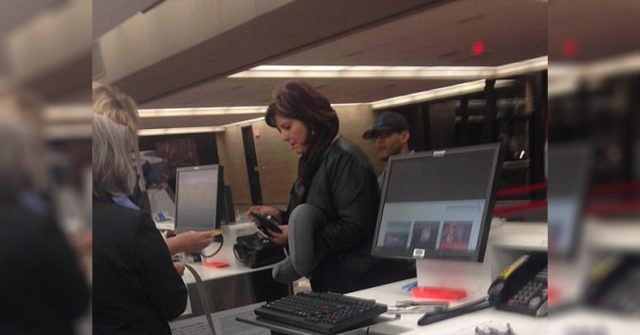 When checking in for his flight with his toddler, a young dad didn’t realize that his 2-year-old daughter needed her own ticket to fly with him. Unable to afford her $749 ticket, he began scrambling to make phone calls; stuck in a stressful situation that didn’t seem to have any hope.

That’s when the beautiful kindness of a woman with a heart of gold came to his rescue, the woman who happened to be checking-in next to him. A fellow flier, Kevin Leslie, was amazed at what took place, and decided to take a picture and share this story:

“This woman needs to be commended. A gentleman was checking in for his flight when the agent asked how old his daughter was. He said she had recently turned two. The agent then asked if she had a ticket. The man was confused because he was under the impression she could ride for free. (When he booked the ticket, she was one but her birthday was in January.)”

The young father was distraught upon learning that he and his daughter could not fly without an extra plane ticket.

“He was hit with emotion. He mentioned he couldn’t afford to rebook this flight or get her the ticket with such short notice. He stepped aside and tried to make a few calls. Hugging his daughter and grabbing his head, you could tell he was heartbroken. This woman next to him at the front counter heard the whole thing. She walked over to him and asked what was wrong. After they talked for a bit they walked up to the counter together.”

The kind woman told the desk agent that she wanted to purchase the ticket for the man’s daughter.

“She pointed back at his daughter and said,
‘I wanna buy her ticket.’”

“The woman said ‘that’s fine’ and pulled out her credit card. I was right there and I just said to her, ‘God Bless You!’ and they printed out the ticket. The agent kept talking about her goosebumps while the man hugged the woman and asked for her name to repay her. The woman just kept saying, ‘Don’t worry about it.’ She knew she wanted to help that man and his daughter no matter what the cost. Please share this story because people like this need to be recognized.” 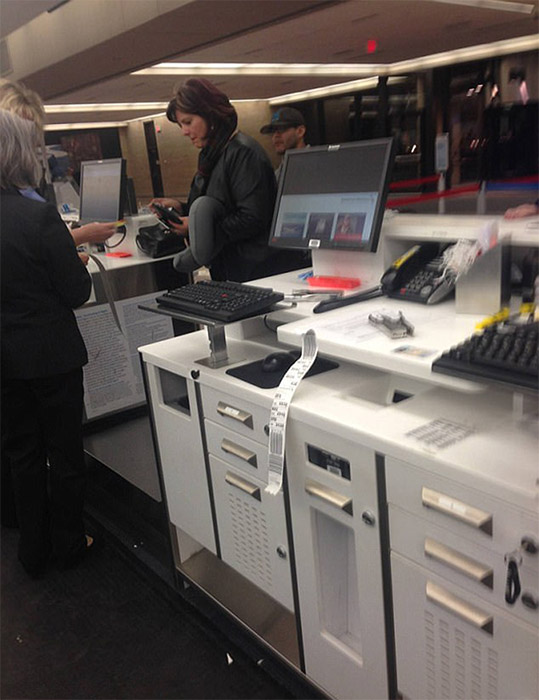 Sometimes in our most difficult moments, grace comes to us in the form of unordinary kindness from a stranger.

If you see someone in need this week, whether the gift is big or small, consider being a light to someone who is in the dark. Lend a hand and do what you can to help them. Your act of love may stay in the heart of the person you helped for long after the day is done. A life lived this way is among the most beautiful we can hope for.