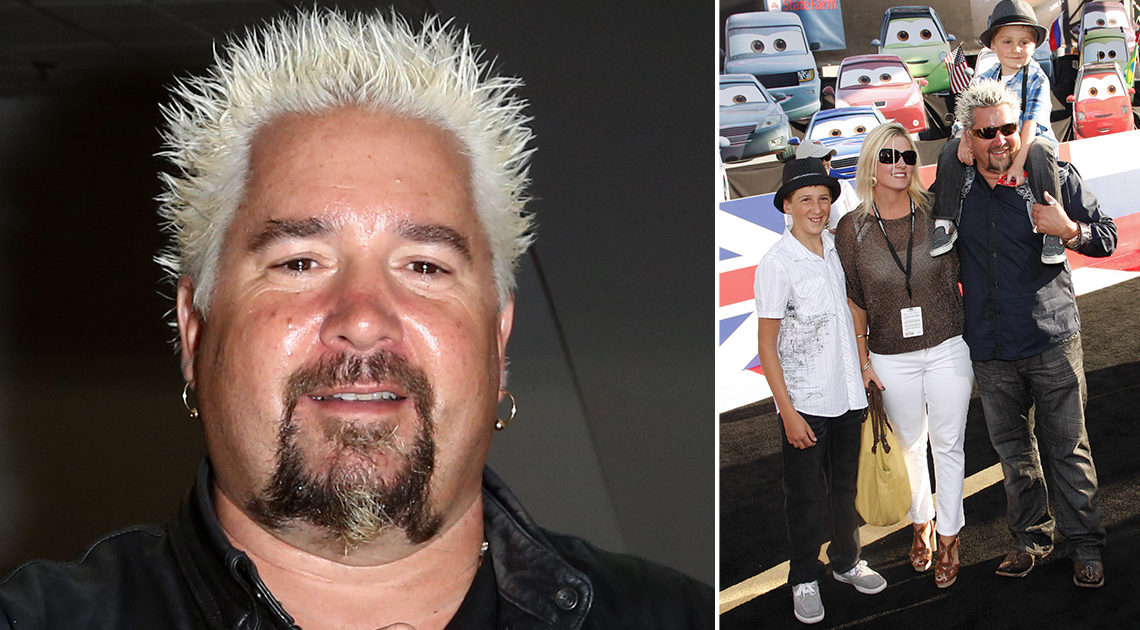 If you are passionate about food and enjoy watching cooking shows, chances are you have sought inspiration in the work of chef Guy Fieri.

This incredibly successful man with spiky blonde hair and goatee has built a food empire all thanks to his passion and talent and his loving wife who has supported him every step of the way.

Fieri’s story with food started when he was just a 10-year-old boy. Back in the day, he built and operated his own pretzel cart. This was his first step towards building a successful career in the food industry. It also helped him learn a thing or two about running a business and along with his talent, it was a win-win combination. The pretzel cart later had even more important role in the life of Fieri who founded the Pretzel Cart Project and provided children’s organizations with pretzel carts. This helped the little ones learn now to cook and how to run a business themselves, just the way Fieri did. 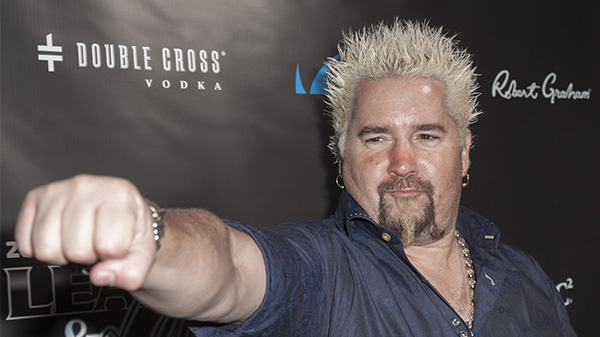 As he always knew he wanted to be a chef, during his studies at the University of Nevada in Las Vegas, where he earned a degree in Hospitality Management, he held several positions at different restaurants before he started working at Stouffer’s restaurant.

In 1996, Fieri opened his first restaurant, Johnny Garlic’s, together with his friend Steve Gruber. This was a huge thing for Fieri, but what truly changed his life took place some for years earlier, when he met his future wife Lori. 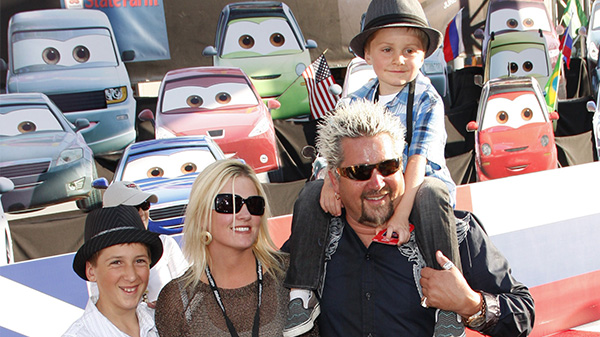 The serendipitous encounter took place while Fieri worked at a restaurant in Long Beach, California, when a former employee and her friend, who would steal his heart, entered the place to grab something to eat. Lori was about to go on a trip to San Diego that day, but she never left. Three years later, the couple married and welcomed their son Hunter a year later. Their second son, Ryder, was born in 2005.

Although he was already very successful as a chef by 2005, Lori encouraged him to compete on the TV show The Next Food Network Star.

“I said, ‘Listen, this is the opportunity of a lifetime,” she recalled. “If you don’t try, you’ll never know. You need to go.’” He hesitated at first, but decided to send a video and went to the audition, and the rest is history. Fieri won the show and his name is up until this day associated with great food and awesome cooking skills. “If I could go back and relive that whole experience again, I would,” Lori says. “It was such a high.” 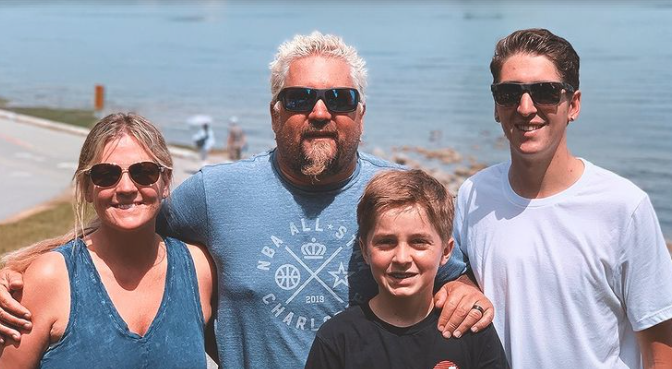 Getting a star on the Wall of Fame speaks of Fieri’s popularity in the food industry more than we can ever say.

Throughout the years, as well as nowadays, Fieri has been hosting a number of shows such as Guy’s Big Bite, Guy’s Grocery Games, and Diners, Drive-ins and Dives, and travels the country trying different dishes. 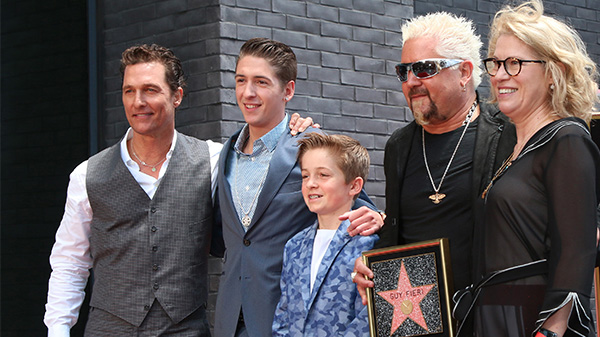 Despite being dubbed the best cook by many, Fieri says his favorite dish is one his wife prepares. “There’s an old school recipe she makes that she brought home from where she grew up in Rhode Island,” Fieri told Today Food. “It’s one of the first things she ever cooked for me and it’s still a favorite of mine.”

Although loved by many, there are also those who criticize what Fieri does, but he’s not touched by the mean comments from those people.

When he opened his restaurant Guy’s American Kitchen & Bar in New York in 2012, which brought him $17 million income despite closing a few years later, critic Pete Wells from The New York Times gave a negative critic, writing, “Why is one of the few things on your menu that can be eaten without fear or regret – a lunch-only sandwich of chopped soy-glazed pork with coleslaw and cucumbers – called a Roasted Pork Bahn Mi, when it resembles that item about as much as you resemble Emily Dickinson.” 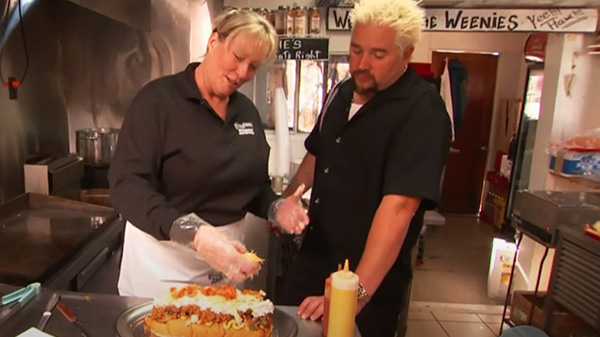 Fieri’s son Hunter is interested in working along his famous dad and holds the same passion as the chef. He already held a few jobs in some of the restaurants but started by washing the dishes before he got inside the kitchen as a cook.

“My dad opened his first restaurant when he was 28. It’s crazy. I want to have the most knowledge that I can before I go and open a personal restaurant like that,” Hunter told the New York Post. It’s obvious that young Hunter is fascinated by his dad and wants to reach his success in the years to come. We hope his dream will come true one day. 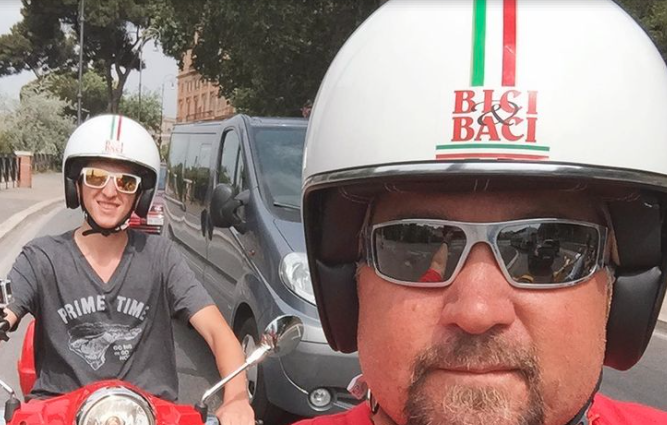 At the moment, besides running his restaurants, Fieri is doing something truly wonderful for those affected by the pandemics. Together with the National Restaurant Association Educational Foundation, Fieri managed to raise over $20 million for restaurant workers who lost their jobs amid the crisis.

We wish this beautiful family nothing but the best in their future life.