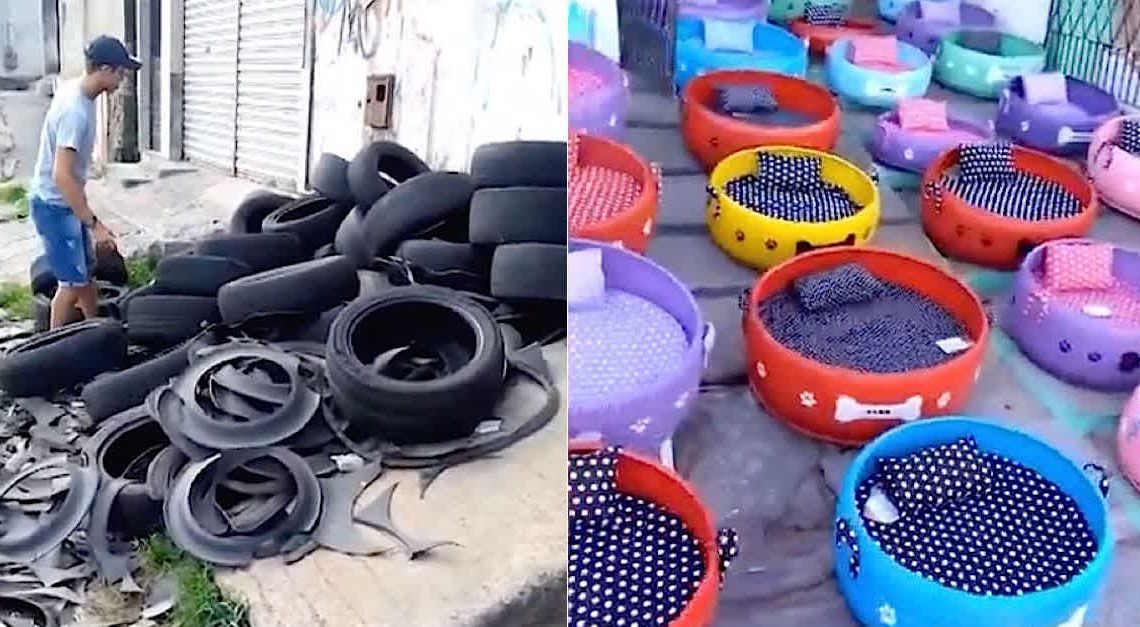 “What used to be trash now becomes something very useful for animals.”

So says Amarildo Silva Filho, 23, from Brazil. The once struggling artist was working at a grocery store to pay the bills, but he felt he wasn’t living his true purpose.

What Amarildo really wanted to do was lend a helping hand to animals and the environment.

His neighborhood in Brazil is often littered with what most people would call trash. Amarildo, however, sees lots of potential in the abandoned and discarded items.

One day, he stumbled upon a heap of tires piled along the street. Since he always had an affinity for recyclable materials and using them to create upcycled items, he wanted to try turning one of the old tires into a bed for one of the countless stray animals roaming the streets of Brazil.

What began as a simple experiment turned into a bona fide mission. In the last two years, Amarildo has taken over 6,000 discarded tires and used them to make warm and cozy animal beds.

The process takes about 40 minutes, during which Amarildo cuts and washes the tires. He then personalizes each bed with different colors and designs, and writes the name of the animal to whom the bed will belong. He either collects the tires off the streets, buys them in bulk, or receives them as donations.

Amarildo’s animal beds have become so popular that he now receives orders from people across the country — and he’s hoping to expand his business since he doesn’t have a team to help him.

Amarildo sells his products on his Facebook page, Cãominhas Pets.