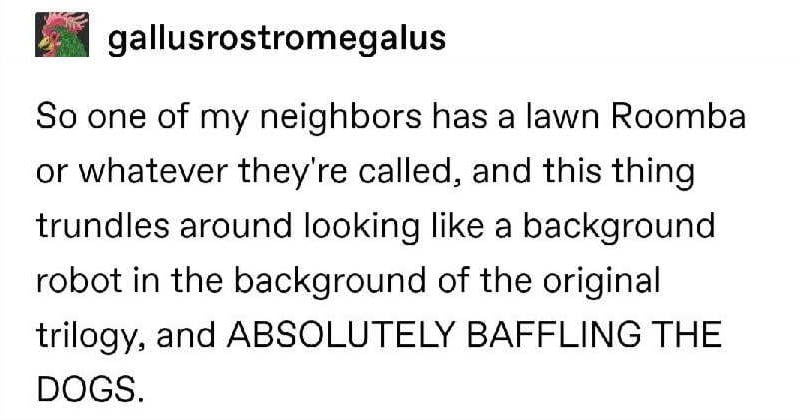 Dogs are highly intelligent creatures that are not only bred as domesticated allies, but also to do jobs. They are quite versatile, and can be used in combat, for security, and most widely, for agriculture. See, one of the most common things dogs do is herd sheep, to make sure they stay together and do not go awry when grazing. The reason why it’s so important is because of one Tumblr user by the name Gallusrostromegalus.

No, I have no idea what that means either.

Her pet, Arwen, is apparently a fully trained sheepdog because, after initial confusion over what the lawnbot did, Arwen decided to take responsibility for the robot, making for a hilarious story.

You can check out the full post on Tumblr.

It started off simple enough. 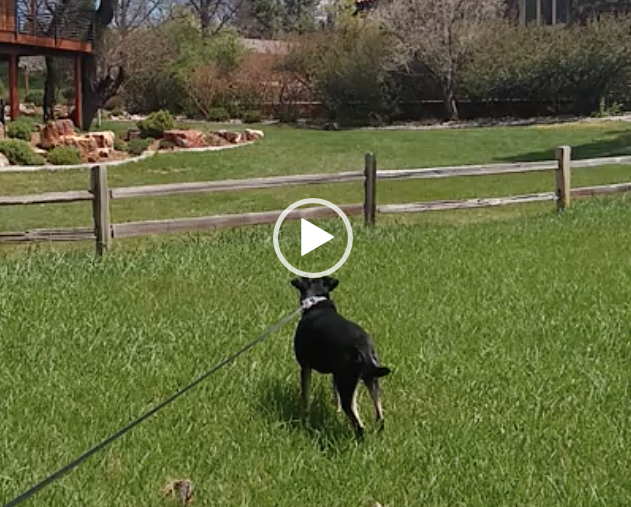 She explained the lawn Roomba’s existence. 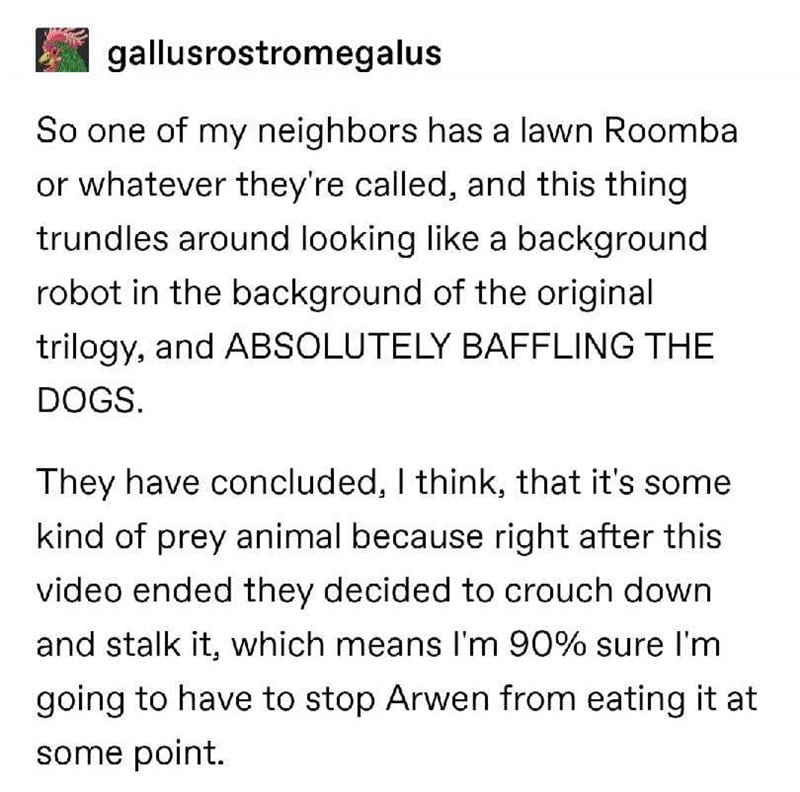 And people thought Arwen was preying on it. 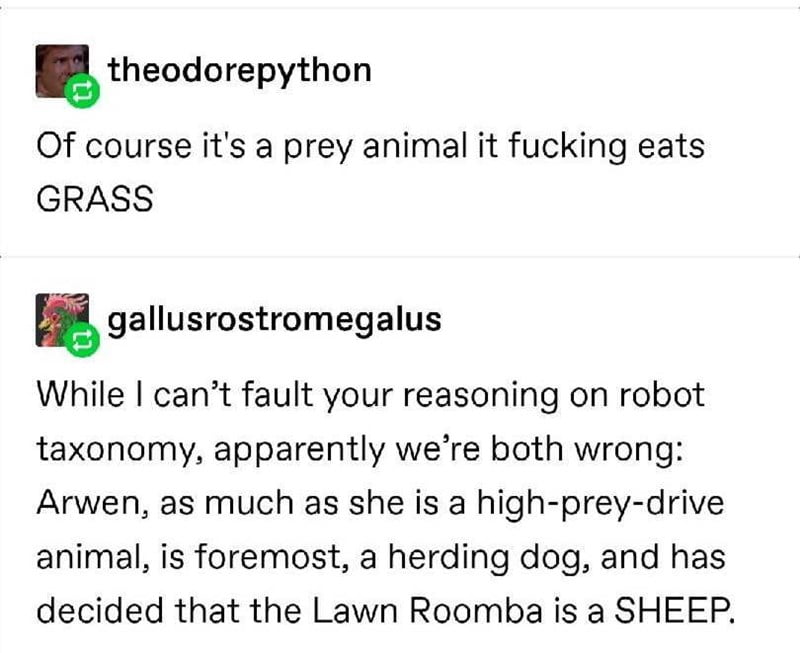 She further explained exactly what happened. 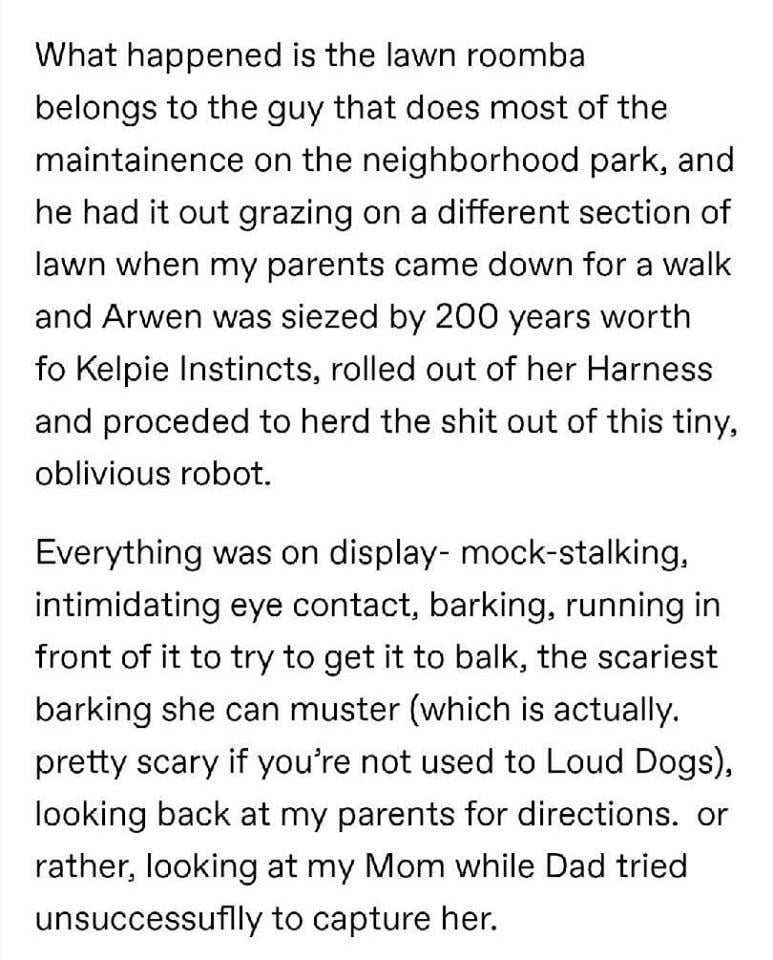 -Advertisment-
Dogs are usually trying to be as helpful as they can towards their human, but that doesn’t always mean they know what they’re doing. In this case, the lawnbot that Arwen decided was a particularly dumb sheep, she’s constantly trying to make sure the bot stays in its lane. Roger was particularly pleased and wanted to use Arwen to help him do some lawn-work in a more appropriate and fast paced way. 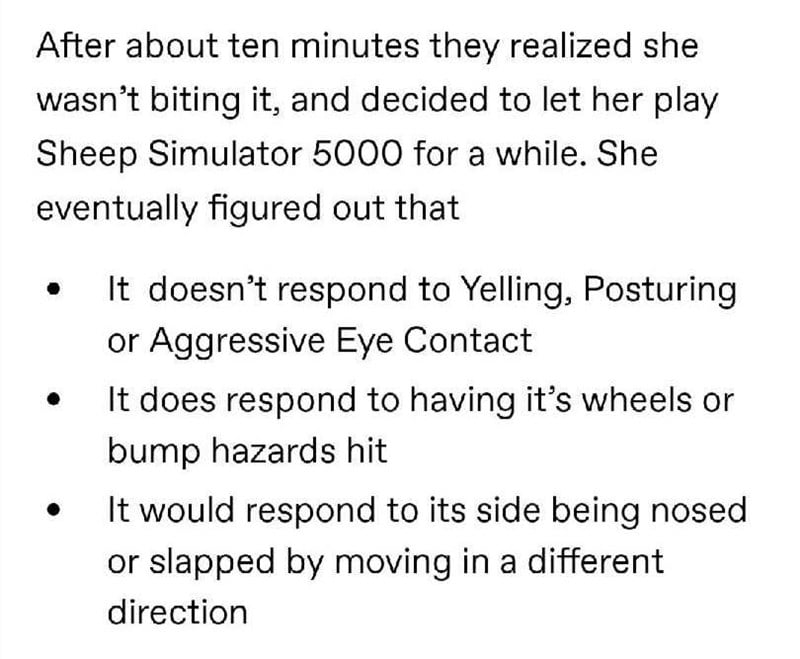 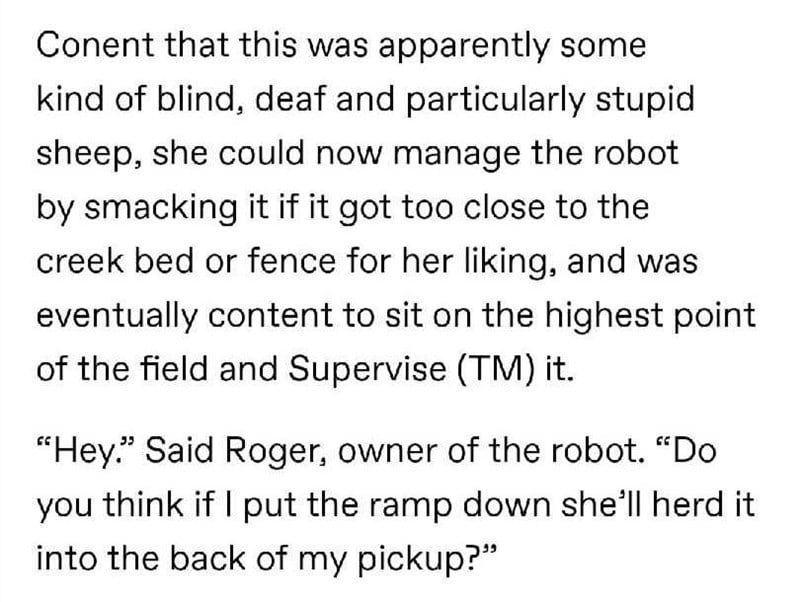 She’s got an appointment now. 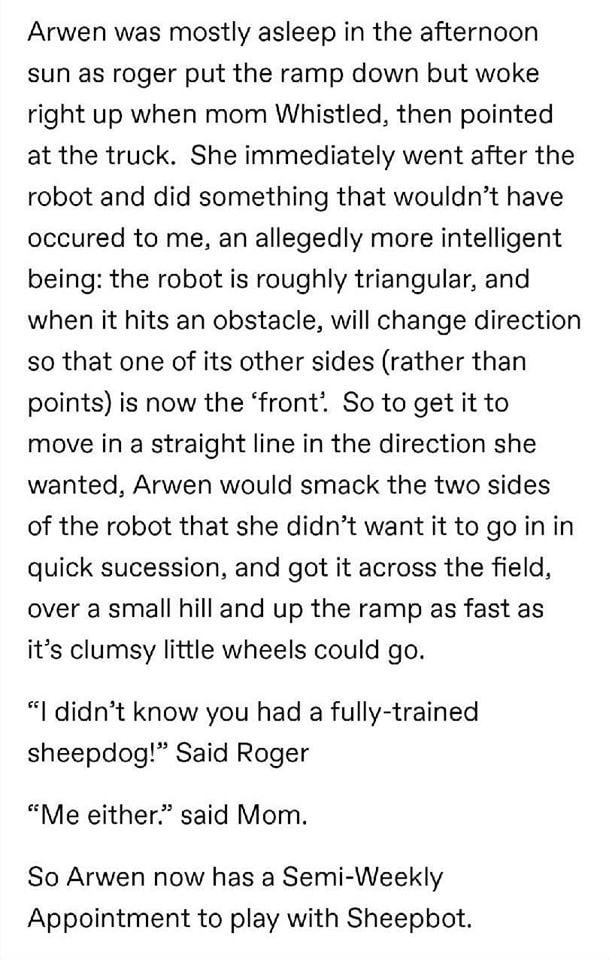 Do you know a dog like that? Tell us about your interactions with one in the comments down below!
Previous
Next