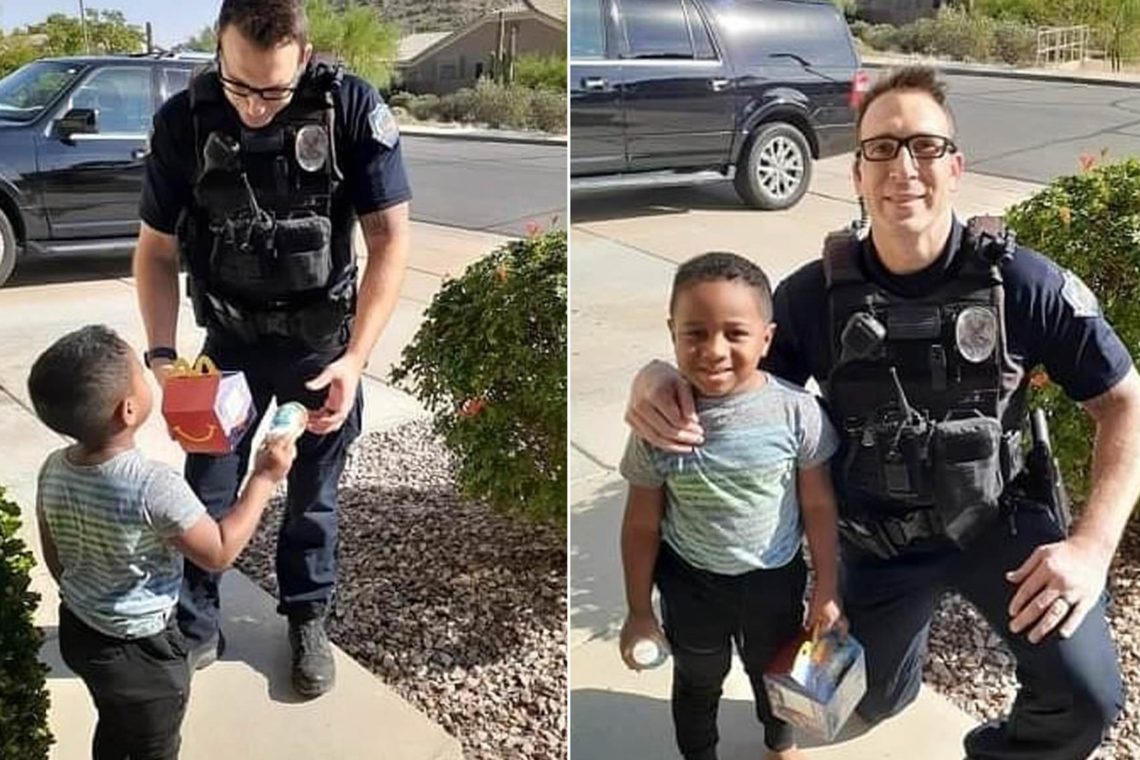 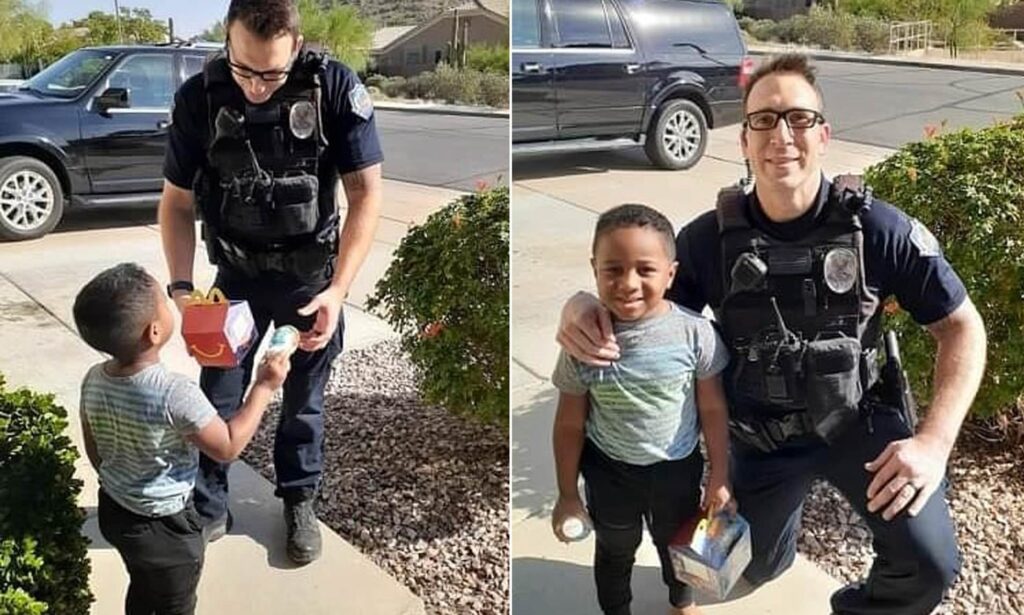 When a 5-year-old child phones 911 to get a Happy Meal, an officer assists in the delivery of the ’emergency’ meal.

The Mesa Police Department came to the rescue when a hungry young child in Arizona dialed 911 to purchase a Happy Meal.

According to the Mesa Police Department, 5-year-old Charlie asked Anthony Bonilla, a local 911 operator, whether he was talking to McDonald’s. 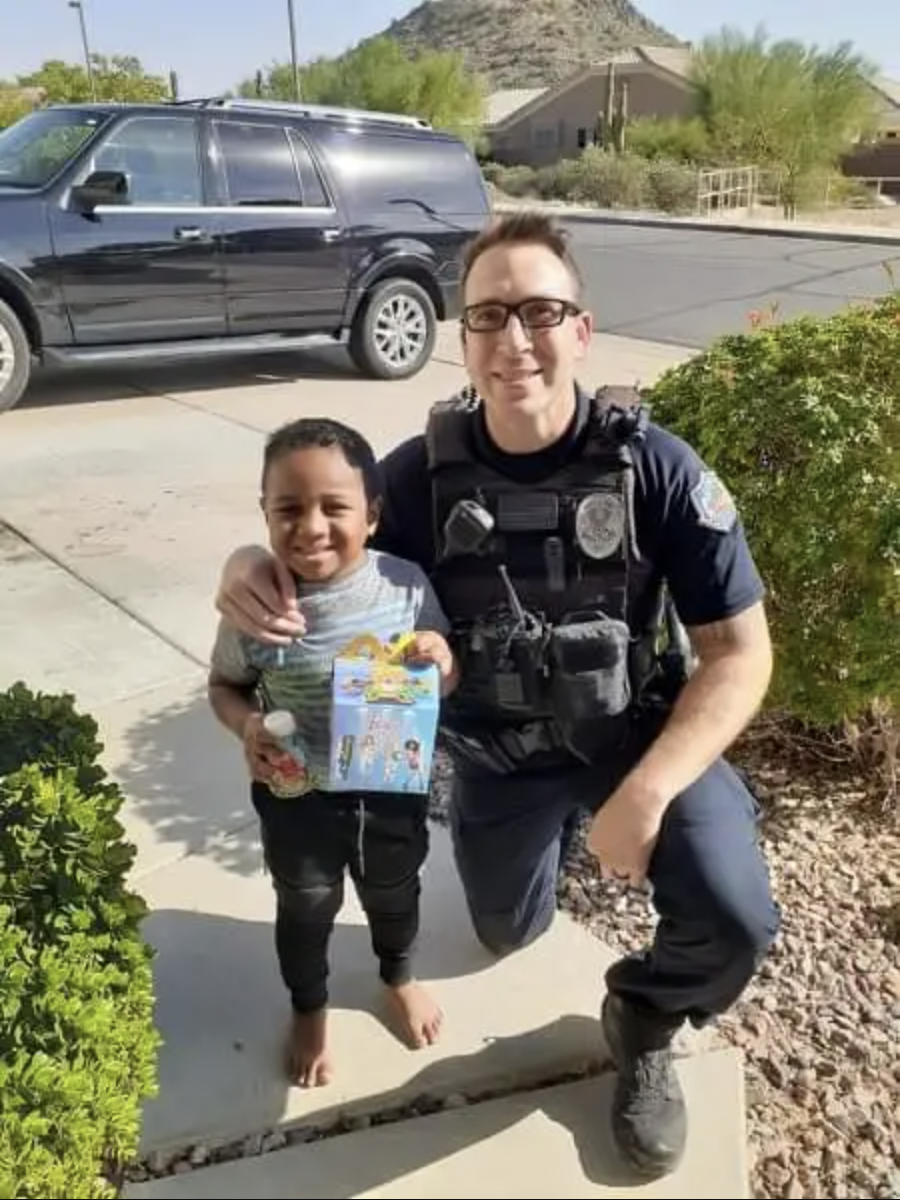 ‘Does this seem like a McDonald’s?’ According to the audio from the call, Charlie inquires. ‘No, this is the Mesa Police Department,’ Bonilla answered. ‘Do you have a problem?’ 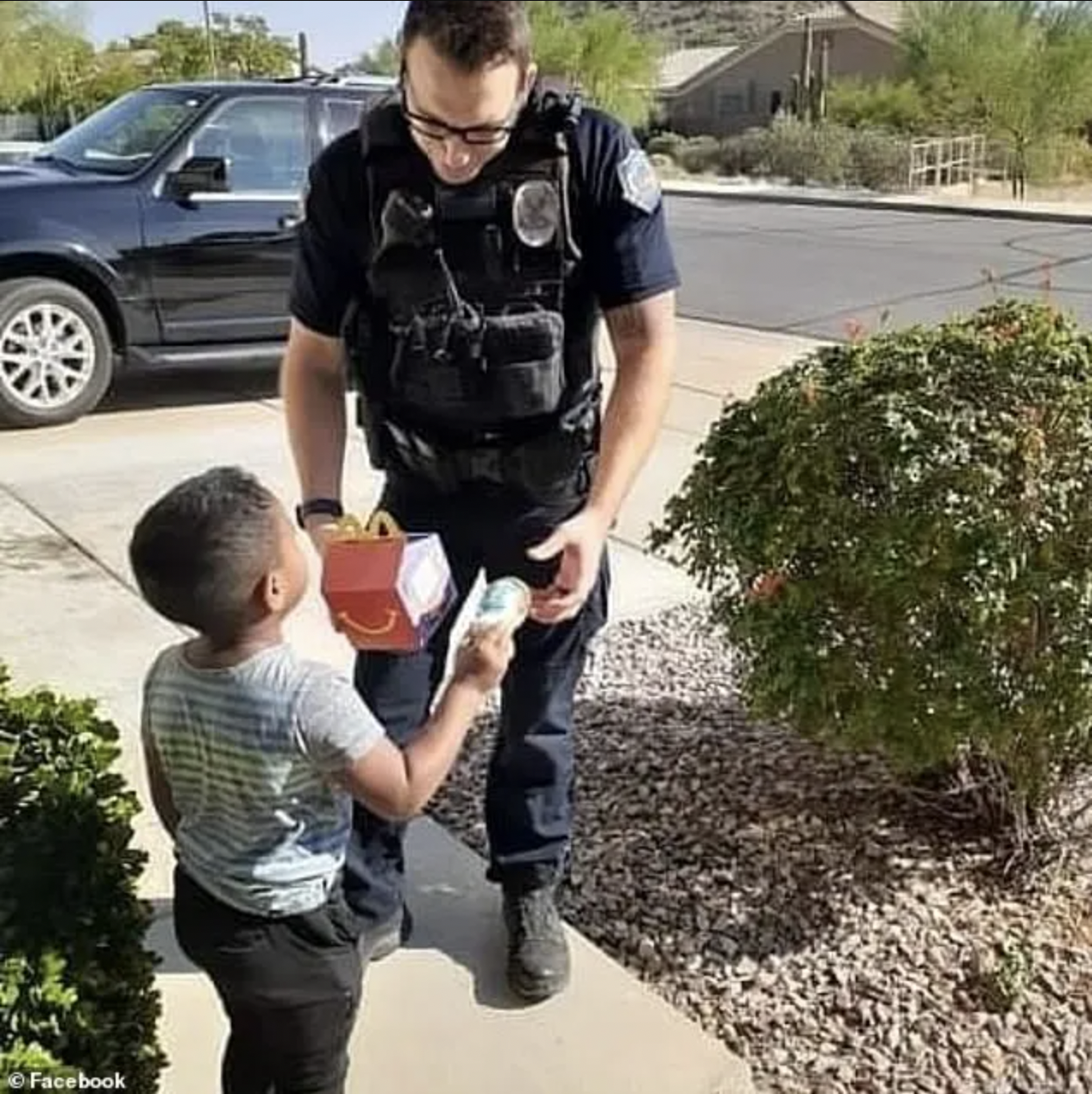 Nonetheless, Anthony made a follow-up call and spoke with Charlie’s father to determine whether there was an emergency at the boy’s house.

The hungry youngster must have used his phone, the boy’s father said, assuring the 911 operator that everything was alright.

‘He asked if I was from McDonald’s and if he could receive a Happy Meal,’ I said.

Bonilla informed Charlie’s father that an officer would be deployed to their home for a health check as per official policy. ‘Who knows, maybe he’ll stop by McDonald’s,’ Bonilla remarked.

Officer Valdez handed Charlie the Happy Meal he ‘ordered’ after ascertaining that there was no emergency at home, and the youngster couldn’t have been happier!

He also chatted with Charlie to assist him understand when he should contact 911, which isn’t when he wants a burge.

They were startled, according to Charlie’s mother, Kim, when they discovered the kid had phoned 911 to get a Happy Meal. “We were both surprised and mortified when we found out Charlie had dialed 911!” I had no idea he understood what 911 was!”

She was relieved, though, when the police responded to Charlie’s call with courtesy.

Officer Valdez’s thoughtfulness and generosity surprised Charlie by providing a Happy Meal he requested as well as helping him comprehend what a 911 is, according to Kim. Chief of Police Ramon Batista praised Valdez and Bonilla as well.