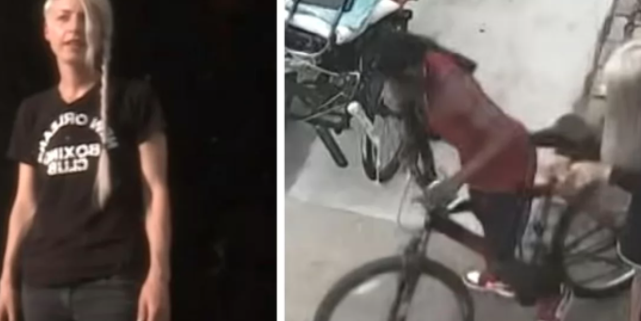 One of the worst experiences to have as you make your way to your destination is to be mugged. These are the moments that make you forget the value of your material possessions and remind you instead of how much more valuable life is. No phone, designer bag, wallet, or car is worth the risk. Devastating as it is to lose something you’ve worked hard for, it’s always best to pick your battles.

Choose your life, every single time.

It’s hard to figure out exactly what goes on in the minds of these thieves. Why do they steal instead of finding decent jobs? What sort of people do they target? How do they keep getting away with it despite security cameras everywhere?

No one knows for sure but one thing is certain – they aren’t always successful.

Meredith Livengood of New Orleans, Louisiana was a target. Unfortunately, the thief picked the wrong person to victimize.

She was waiting outside her club when a stranger approached her and feigned interest in martial arts lessons. However, his intention wasn’t to sign up – it was actually to get ahold of Meredith’s phone.

Meredith was about to pull up her training schedule on her phone when the man snatched it out of her hand and attempted to speed off on his bike.

Unfortunately for him, Meredith has lightning-fast reflexes because she was able to grab the back of his shirt and yank him to a stop before he could take off.

As if that wasn’t enough, she pulled the thief off his bike, got him by the neck, and grabbed the phone back.

By this time, help had arrived but well, Meredith didn’t look like she needed any!

She proceeded to yell at the thief who looked terrified. When the thief caught sight of Meredith’s students and colleagues making their way out to help her, he grabbed his bike and rode off as fast as he could.

Whatever made him think it was a good idea to target someone right outside a martial arts club? It all happened so fast that it left everyone, including Lo Floyd, amazed.

“I saw the anger in the situation. That’s when me and my buddy ran down and I had my bat. But Meredith, she already had it taken care of already.”

Floyd also added that he was blown away by Meredith’s actions. He knew she was a black belter but seeing her demonstrate self-defense was the cherry on top of knowing someone as amazing as she is.

What Meredith did was a true display of girl power! The thief won’t dare cross Meredith again, nor will he be so quick to underestimate the people he plans to victimize.

Watch the video below and take your cue from Meredith in case you find yourself in a similar situation. 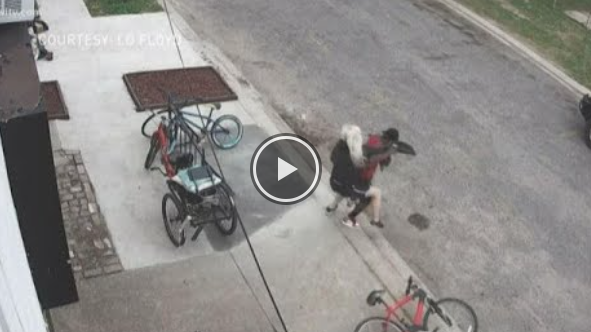