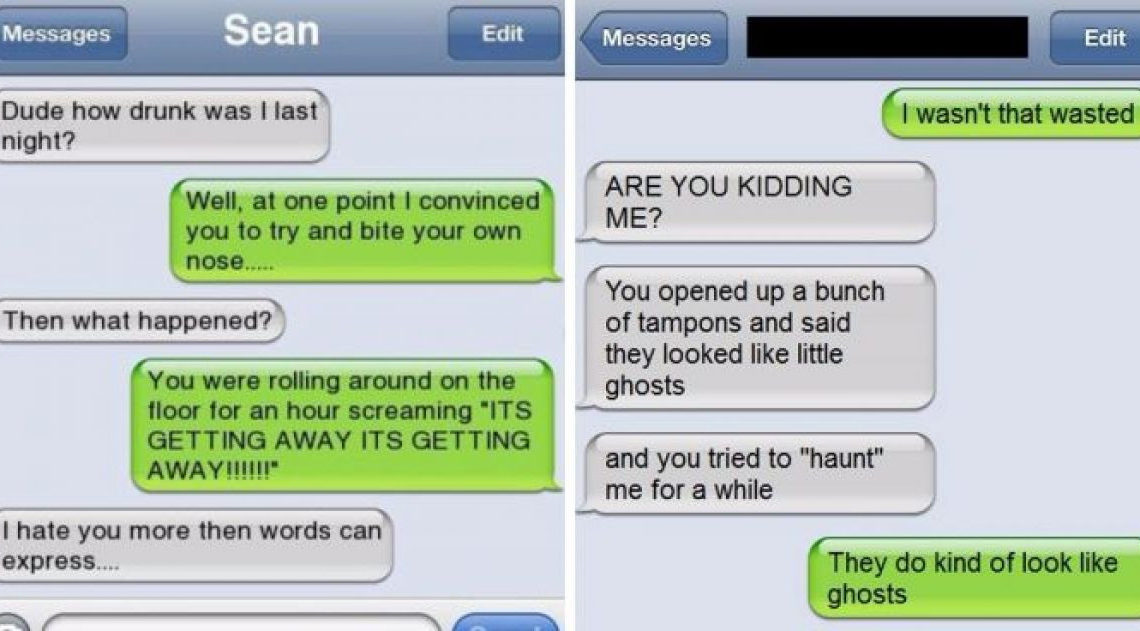 People do a lot of odd and bizarre things while intoxicated and most of them are physical actions that are just as bad as anything else but at least the consequences of those actions are immediate and you can deal with them instantly. Texting while drunk is a whole different story, you would think that it’s less harmful than the physical stuff but it can lead to some really bad things, but it’s quite hilarious when it doesn’t involve the wrong people. 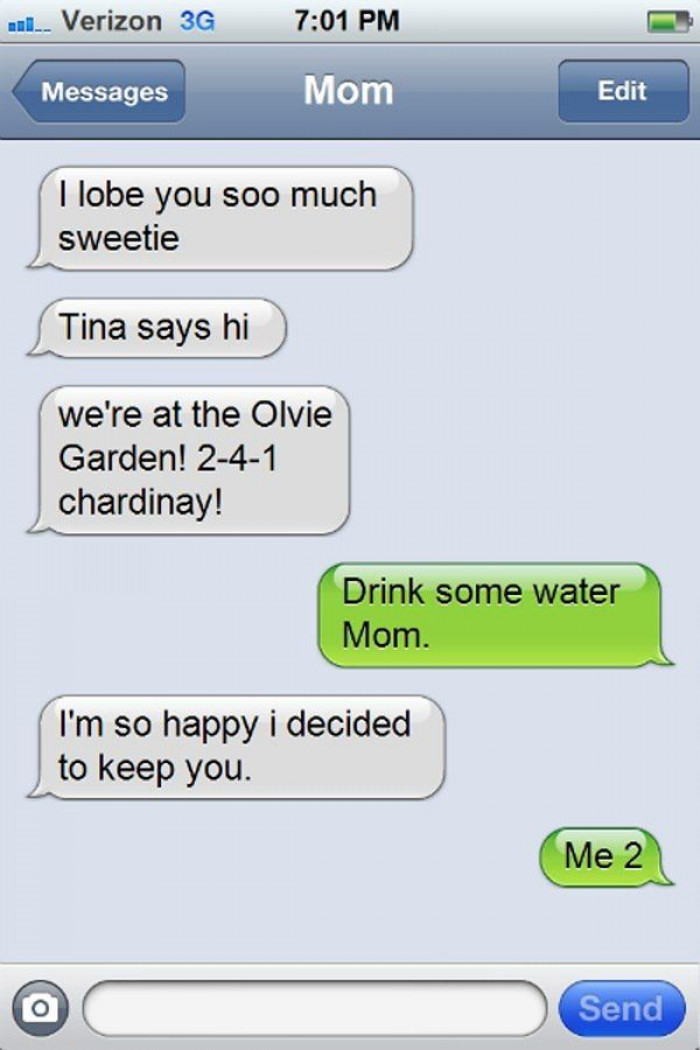 2. You both know his secret now 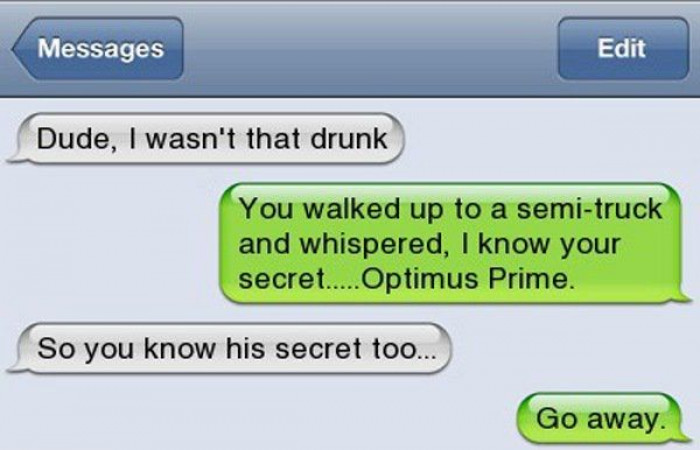 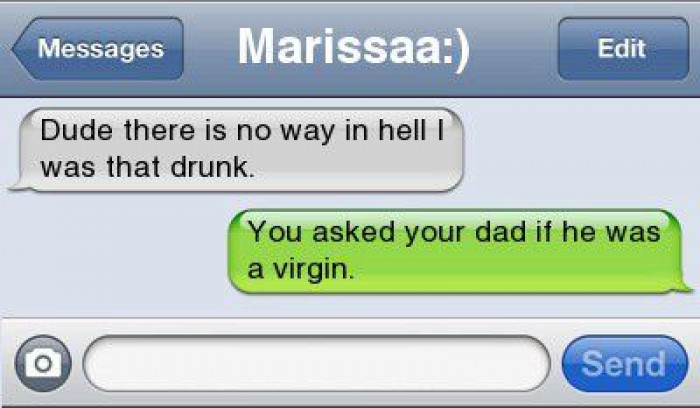 4. This is how you properly prank people 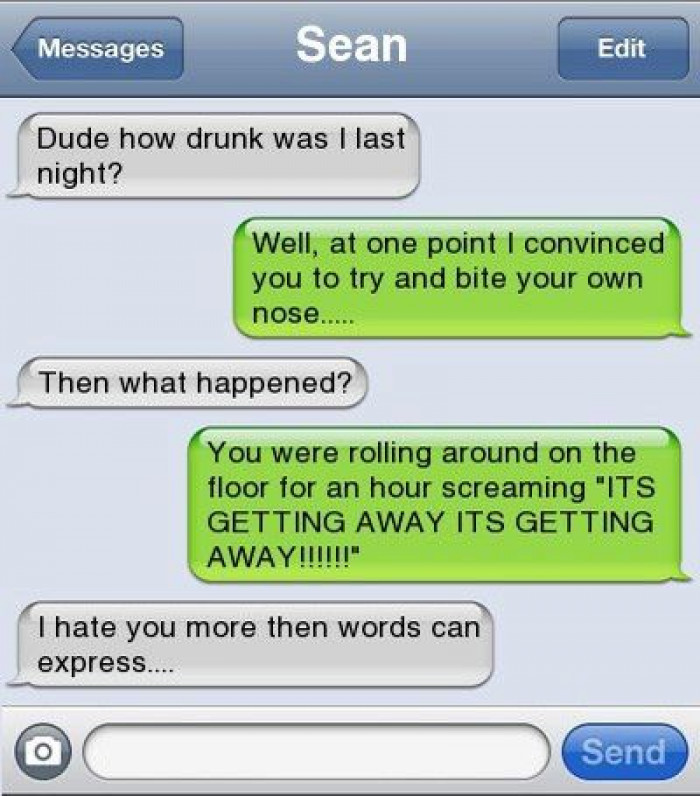 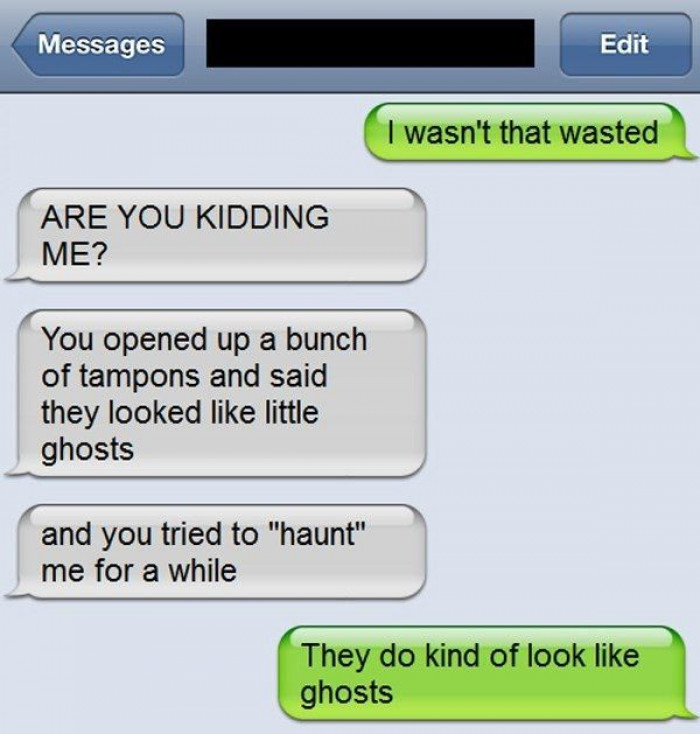 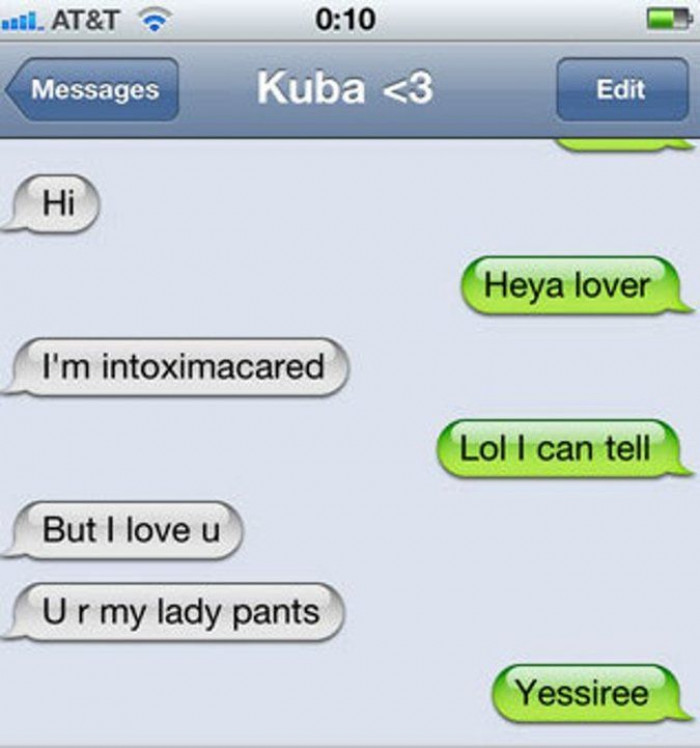 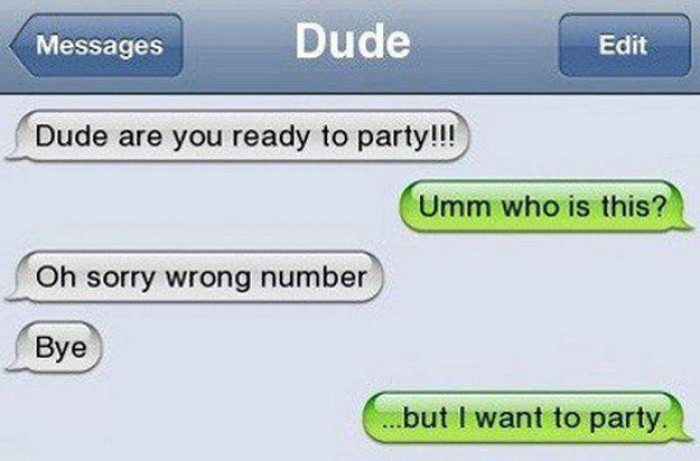 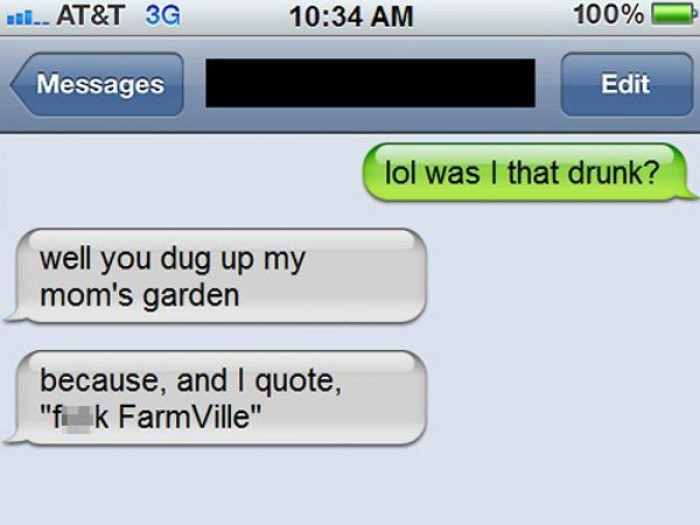 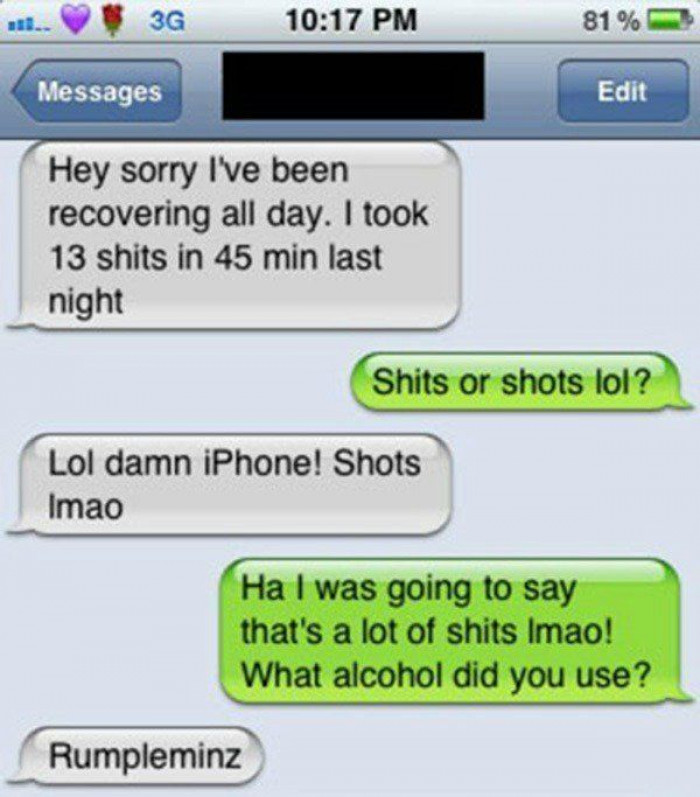 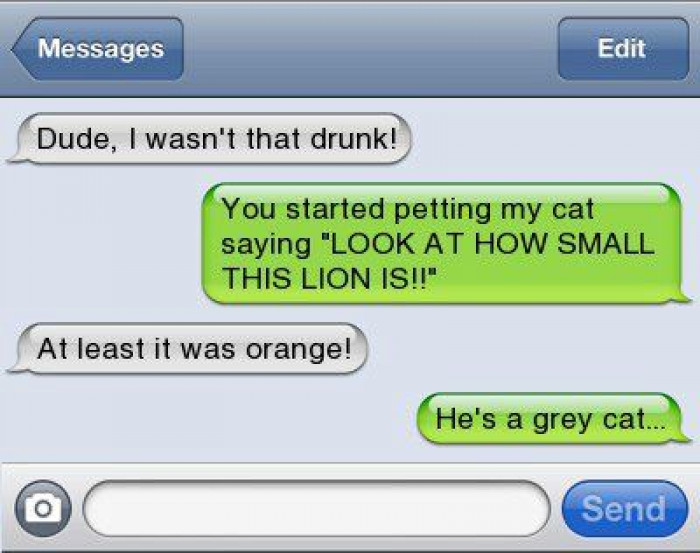 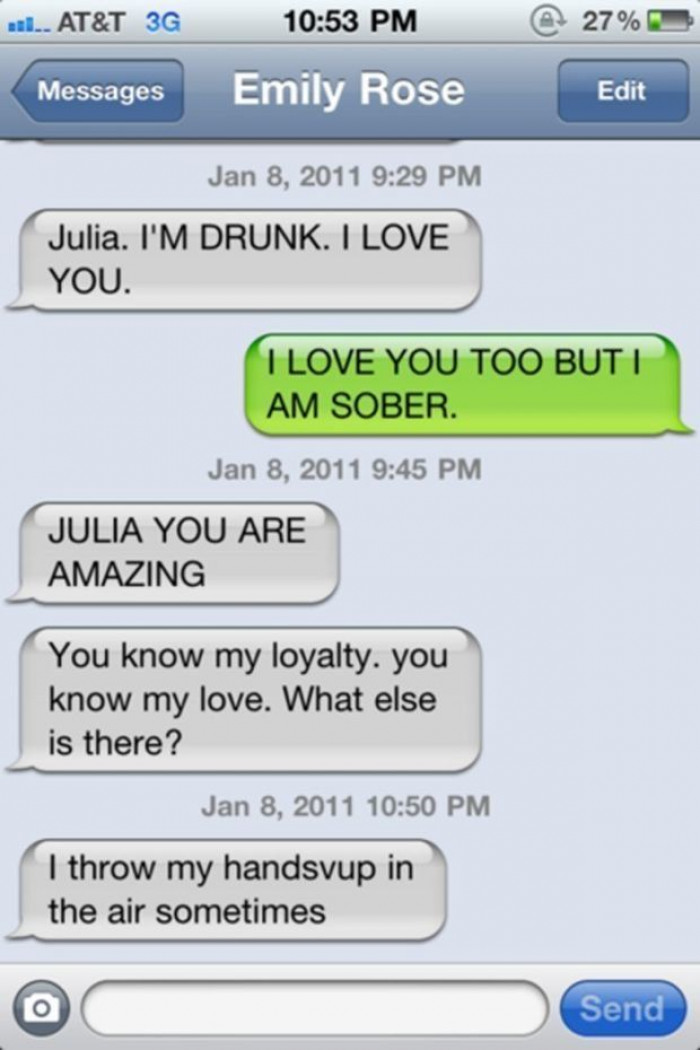 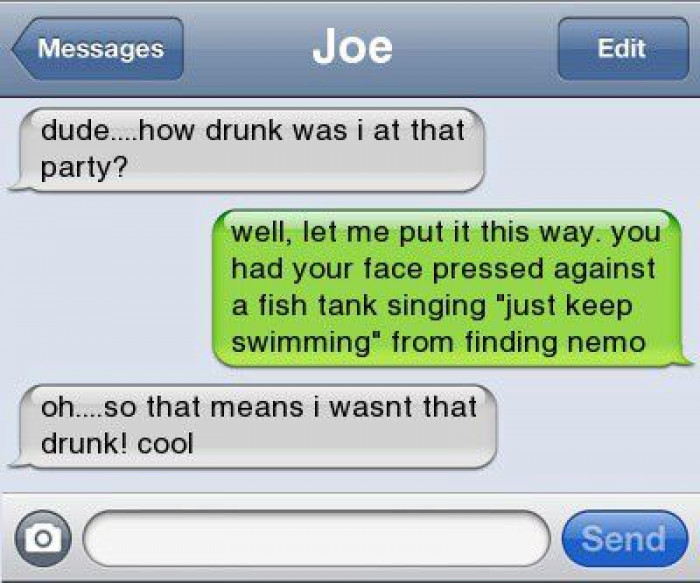 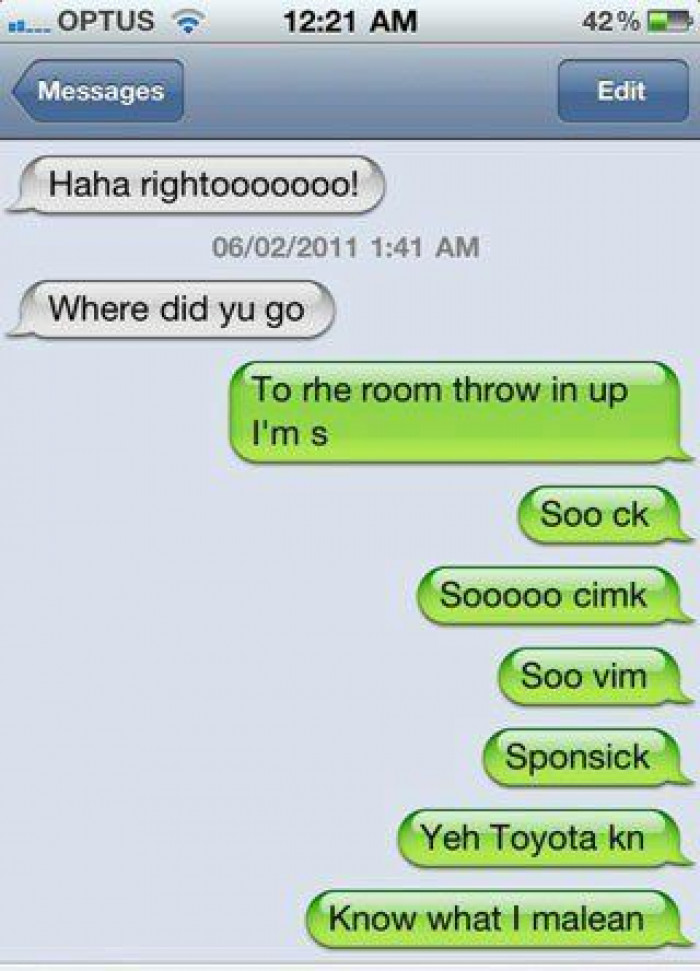 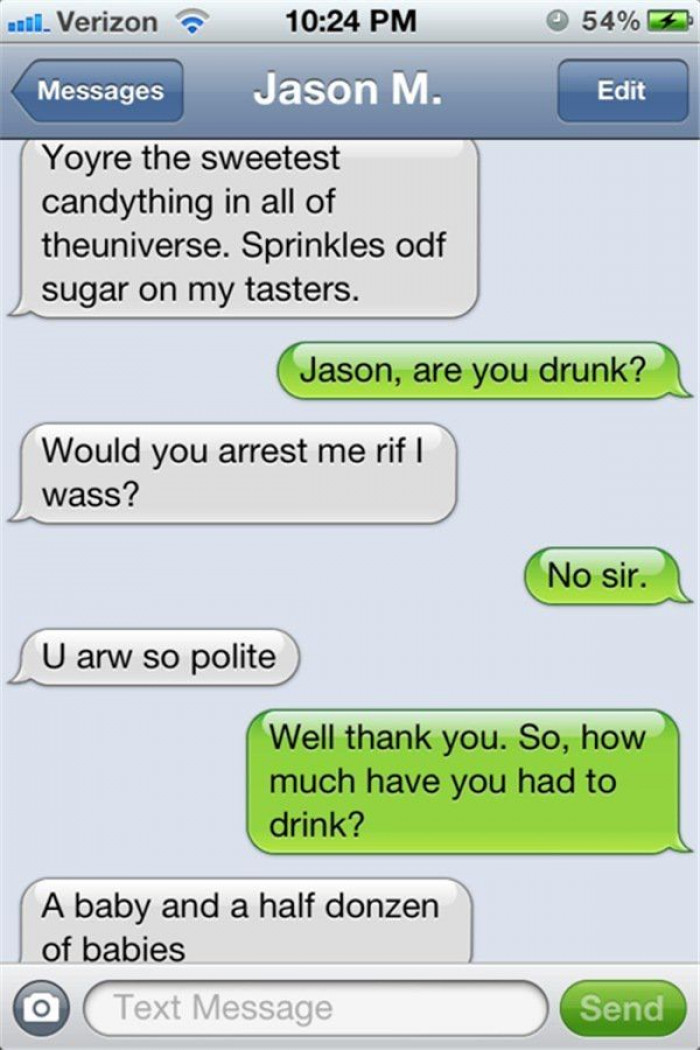 Text messages often can go wrong when alcohol is added into the mix. Sometimes, people simply don’t check the text recipient before they send off a message. A job interviewer made this exact mistake after she had interviewed an 18-year-old girl. Instead of texting a colleague (to tell her that the interview went bust) she texted the girl that she had interviewed. Awkies!
Previous
Next