These Creepy Little Creatures Live Inside the Mouths of Fish, Replacing Their Tongue and feasting on their blo.od 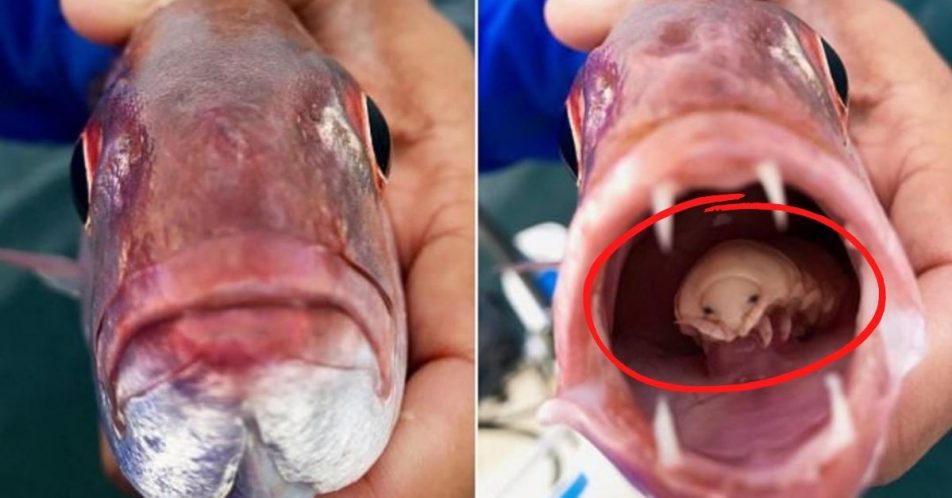 This nightmarish parasitic isopod lives in the mouth of fish, replacing their tongues and feasting on their blood.

While we at Earthly Mission have previously covered some truly creepy marine creatures, such as the Atlantic wolffish, or the sarcastic fringehead, the tongue-eating louse may top it all off when it comes to creepiness.

The Cymothoa exigua, or the tongue-eating louse, is an isopod (a group of animals, which also includes crabs and shrimp) that spends most of its life inside the mouths of different fish. They are known to remove the tongue, and replace it with themselves. In fact, the tongue-eating louse is the only known parasitic creature that functionally replaces an entire organ of its host species. 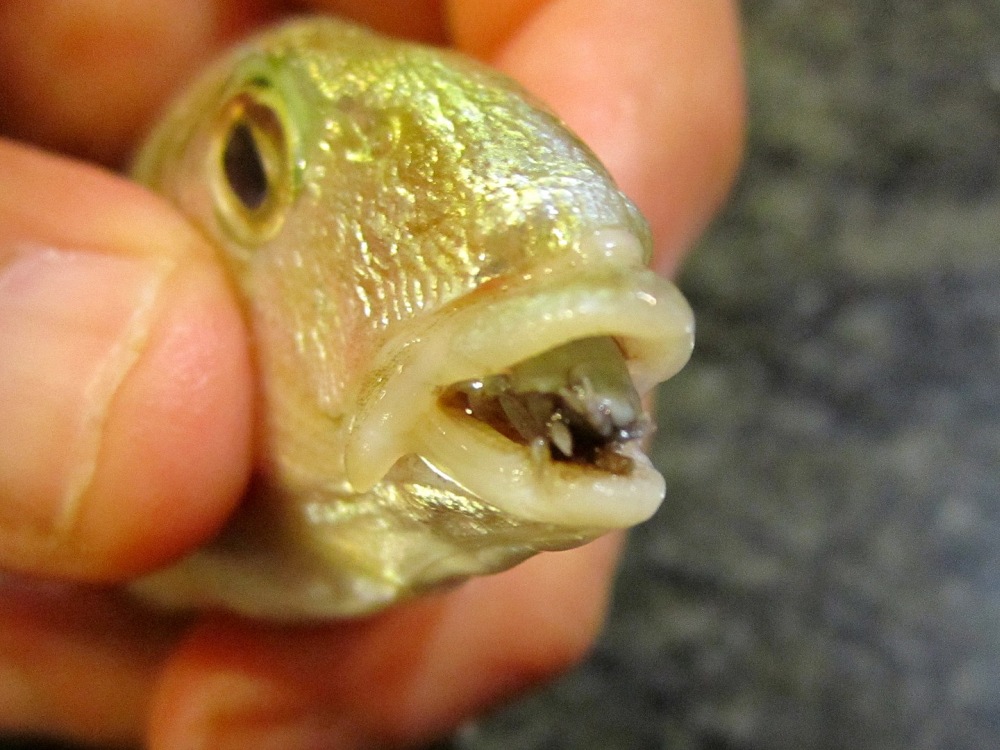 The Cymothoa exigua replaces the fish’s tongue with itself. Image credit: Marco Vinci

Female lice can grow to about an inch (2,5 centimeters) in length, and males usually only reach half that size. However, there’s a twist: every single Cymothoa exigua starts off as a male, but once they set themselves in place inside a fish and complete their maturation process, they switch sexes, and transition into a female. This only happens, though, if the spot isn’t already taken by a female.

The tongue-eating louse kicks off this parasitic journey by entering the fish through its gills (this is actually how most fish parasites get into their hosts). After successful entry, the louse climbs to the base of the tongue and prepares for its long stay inside the fish. First, it clamps onto the tongue with its strong legs, securing itself in the fish’s mouth. Now, this is where it all gets nasty: the parasite pierces the tongue, which severs the blood supply in the tongue. This causes the atrophy of the fish’s tongue, which eventually falls off, leaving the fish with just a stump. The louse then attaches itself in place of the destroyed organ, acting as a prosthetic tongue for the fish, and feeding on mucus and blood.

Interestingly enough, this doesn’t kill the fish, since it’s in the parasite’s interest that the fish live as long as possible. As a matter of fact, the fish can even use the louse as a sort of organic tongue prosthesis, that is capable of performing all the duties and functions that a real tongue can – despite being pretty horrifying. So, even though there’s a large isopod living in the fish’s mouth, it can still live a fairly normal life. 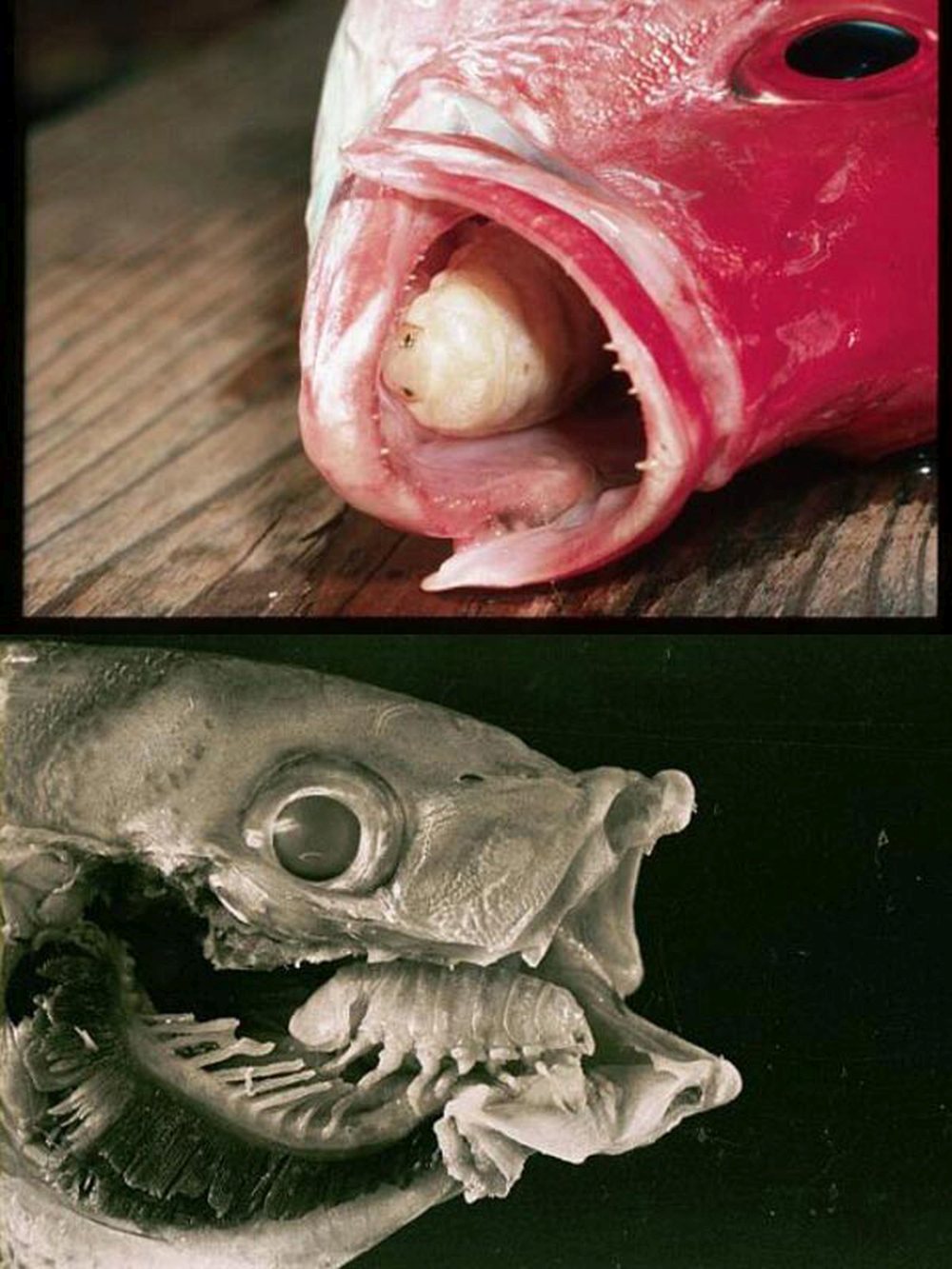 Interestingly, the fish can use the louse as a functioning tongue, and live a fairly normal life. Image credit: NOAA

And if this wasn’t creepy enough, it gets even wilder.

Remember that juvenile Cymothoas transition into females when they move in? Well, in case a fish is already taken, they stay in the gills of the fish and grow up as males. Once the female and the male have developed into a fully grown louse, the male crawls into the mouth and mates with the female. Yikes.

After a short gestation period, the female gives birth to a whole new generation of lice that will continue this nightmarish cycle. 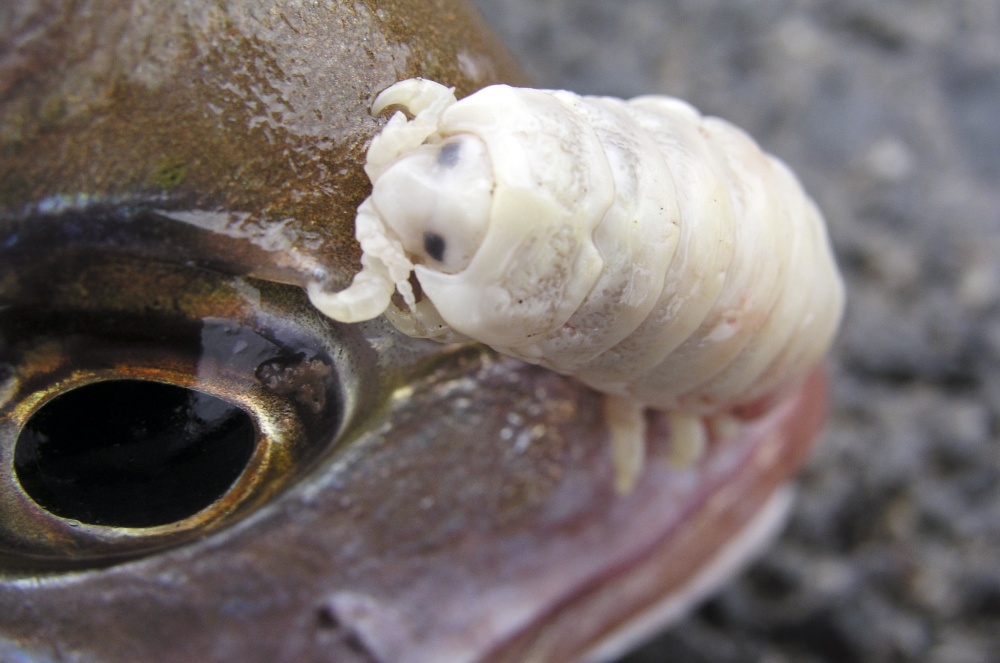 The life cycle of this louse is just as creepy as its habits. Image credit: Undy Bumgrope

Not much is known about what the louse is up to once its host dies. Maybe it gives up on life with the fish, but it’s also possible that it detaches from it and starts to look for a new home. However, we do know that the tongue-eating louse’s prime targets are snappers, but it was discovered within other fish species as well.

If you’re wondering whether these parasites are dangerous for humans, we have good news. The Cymothoa exigua poses no major danger to humans, except that it may bite your finger if you try to touch it.