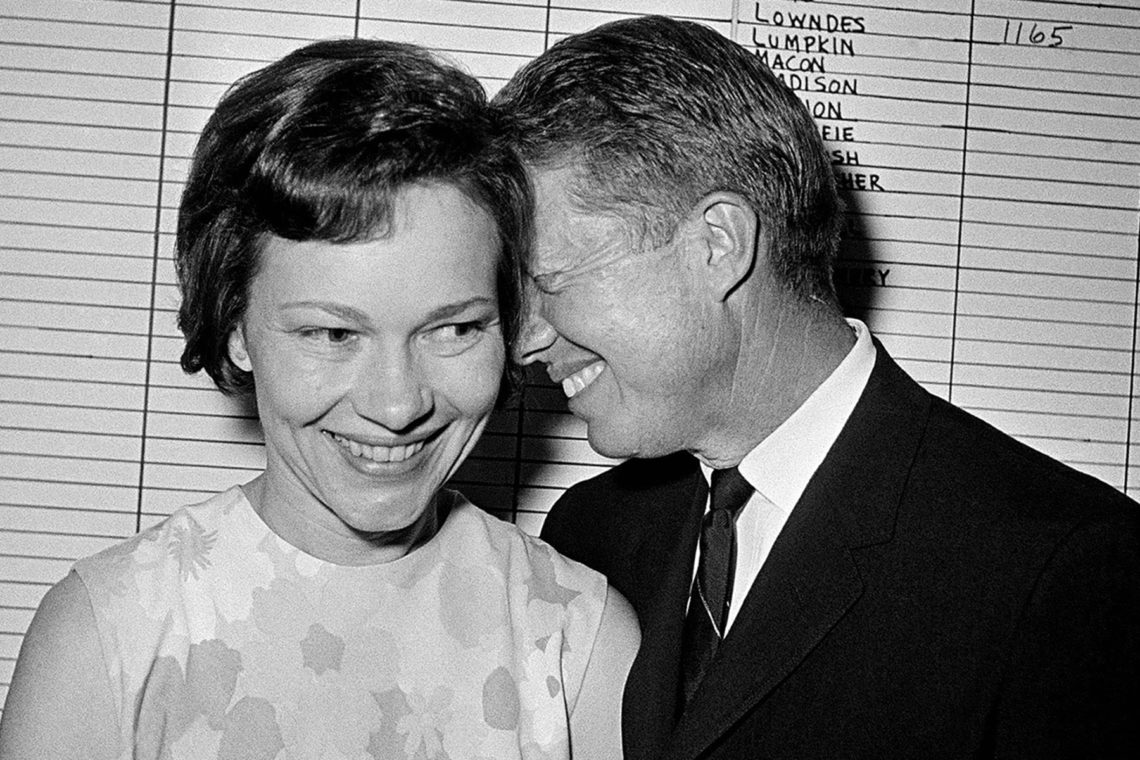 Jimmy and Rosalynn Carter celebrated the 75th anniversary of their marriage, an anniversary that not many people celebrate.

The two received the title for the longest-married presidential couple at 75 years. This title was held before former President George H.W. Bush and former first lady Barbara Bush, and when Barbara died in 2018, the two were 73 years and 111 days married.

The Carters were married July 7, 1946 in Plains, Georgia, and now live there.
Previous
Next