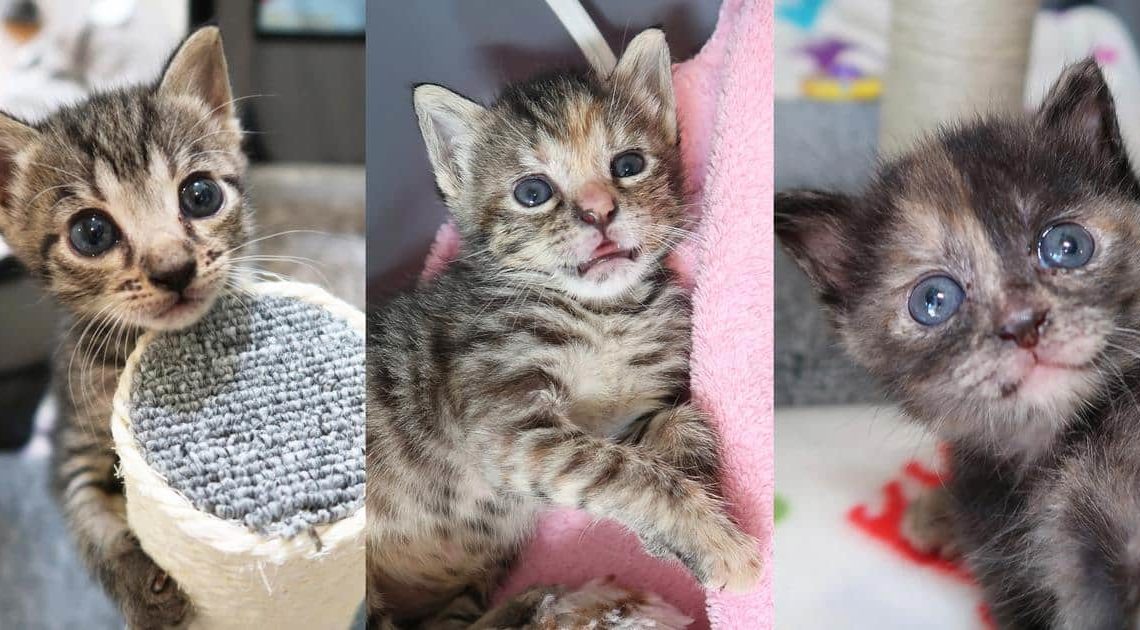 Chris Poole, a.k.a. “Cat Man Chris,” walked into his wife Jessica Josephs’ workplace on Wednesday afternoon with a mischievous grin on his face.

“Would you want to foster two kittens until Sunday, when they will be placed with an experienced foster mom?” We’ll have to bottle feed them because they were found at an RV park and had just opened their eyes.” 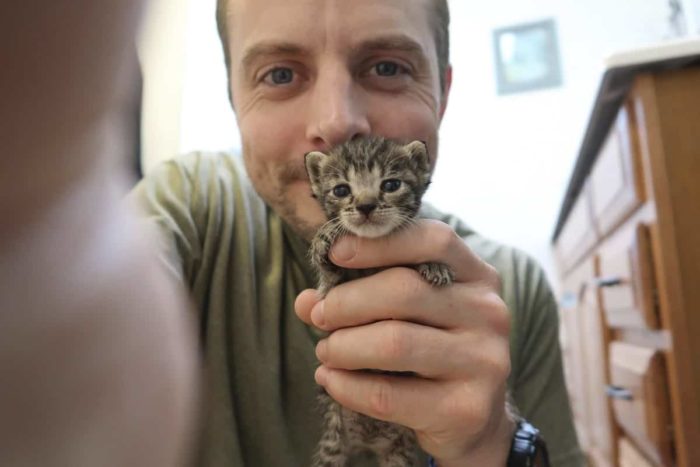 Shaking his head “yes” through the entire proposition, Jessica laughingly agreed. Earlier that week, 4 tiny kittens, only a little over a week old, were guests in the house. Staying a short 24 hours with the crazy cat couple, the miniature foursome had opened the door, and their hearts, to bottle-babies needing fostering. 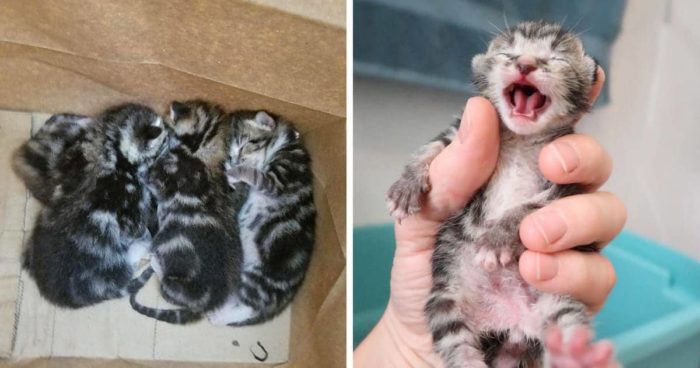 Knowing that many of these kittens are killed because they require round-the-clock care and there aren’t enough foster homes to provide it, it’s difficult to say “no” when you have the resources and time to help them. 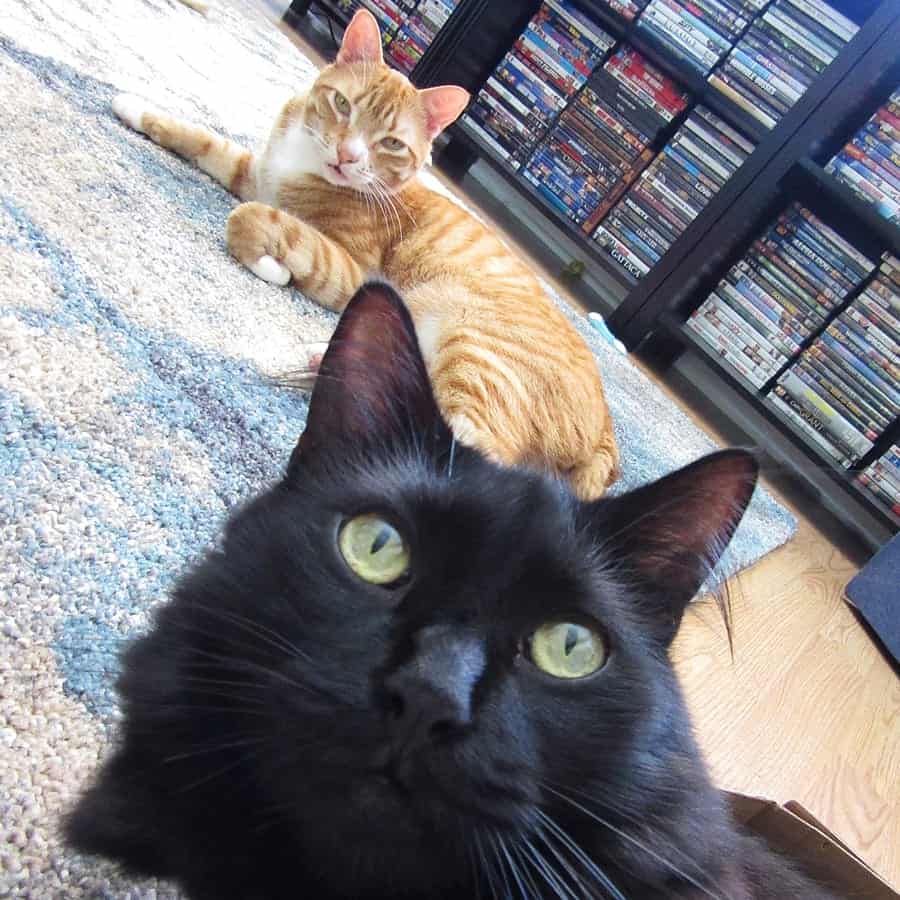 Chris rushed to pick up the rescued kittens from St. Francis Society Animal Rescue, while Jessica readied the master bathroom, transforming it into the kitten nursery. Nearby, Cole and Marmalade cautiously eye’d the movements taking place in their favorite bathroom. The famous brothers would be kept separate from the fosters. With unknown medical statuses of the young kittens and Marmalade’s FIV, the first priority was to avoid exposing Cole and Marm to anything. 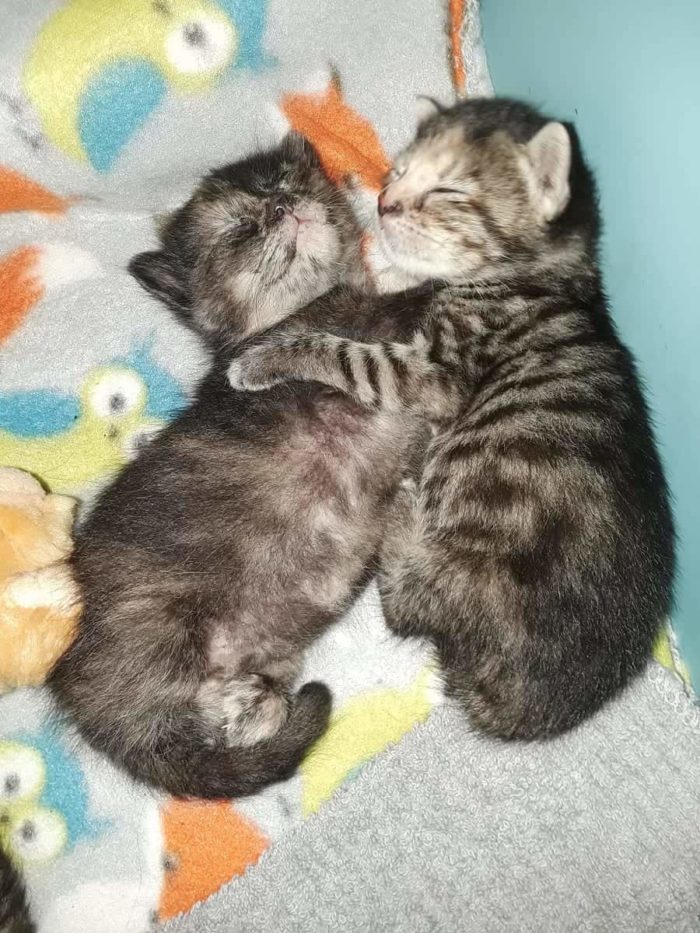 Cole and Marm were eager to flee when Chris returned home with a pair of crying children, and flickers of inquiring regret could be seen in the humans’ eyes. But perseverance and commitment won out, and the defenseless kittens’ lives became just as essential.

Jessica removed two dirty kittens from the carrier, their eyes half crusted shut and their bodies covered with fleas. The fur-kids didn’t hold back in letting everyone hear their piercing howls. 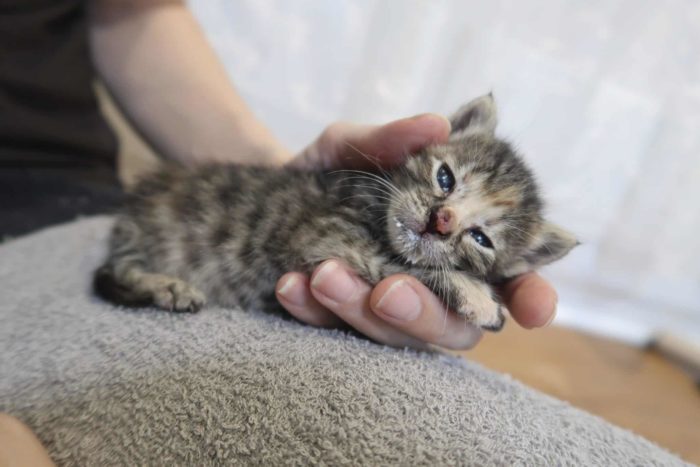 Applying a warm cloth on their eyes and gently wiping the dirt from their fragile bodies, the frightened duo began to settle down. With newly opened eyes and ears still slightly folded, the neonates were estimated to be about 11 days old, still requiring bottle feedings every 3 hours. They were safely given a ¼ dose of a flea pill crushed and administered with a syringe. *Please note this was ONLY done with medical approval and should not be done freely as it can be dangerous for neonates and young kittens.

There were long days ahead for Chris and Jess, taking shifts to ensure the kittens received the required feedings throughout the night hours. Chris, the early bird would rise at 6:00 am for mealtime and Jess, the night owl would stay awake until 2:00 am for the most sleep deprived schedule adjustment.

Another sibling had been found at the RV park hiding in a nearby abandoned vehicle. The third kitten was dropped off, this one tinier and with both eyes crusted shut. 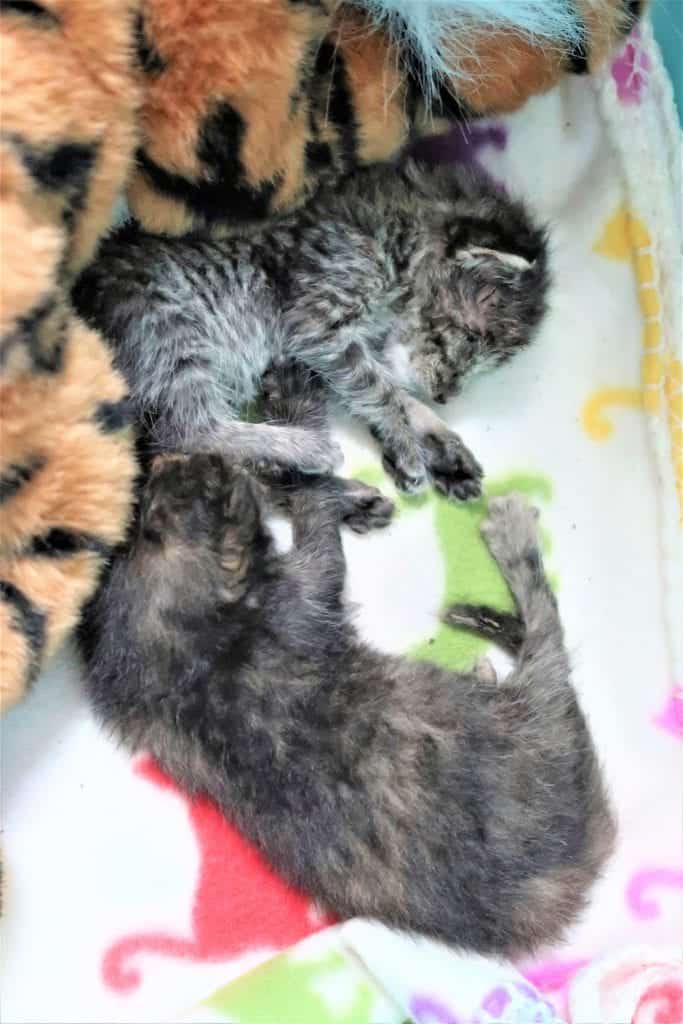 Hundreds of dead fleas had fallen off the previous two kittens at this point, and with the new arrival, it was time for some much-needed bathing. Jess washed their fur and carefully held them under warm water. After a short dry, they were left with three lovely fur-babies who smelled MUCH better! There was one gray Tabby, one Tortie, and one Torbie, a combination of Tabby and Tortie, with their gorgeous fur well trimmed. 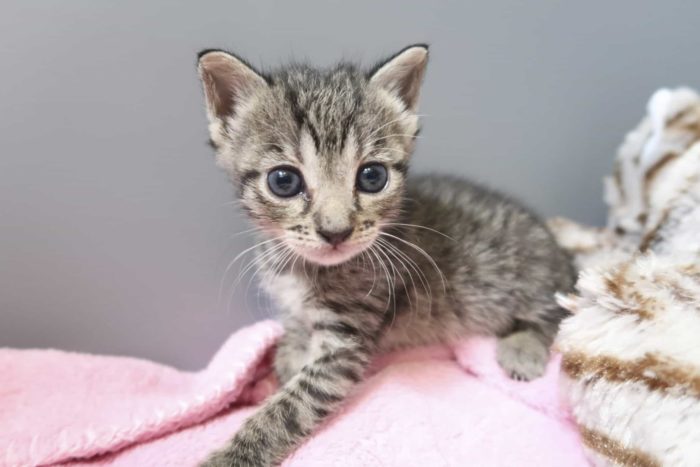 It was clear that they were three brothers and two sisters. So it was time to give them a proper name.

They were called Pointer Sisters because of their strong vocal expressions and razor blades.
Tabby, Anita, is the first. She is known as “Niti” as she is more “in need” and will not hesitate to tell you when she is hungry or needs to be taken.

Next, June the Tortie. Originally she would barrel into her sister and we were calling her “Jugg” for juggernaut. Fortunately June became June-bug became “Jugg”, so the nickname could remain! 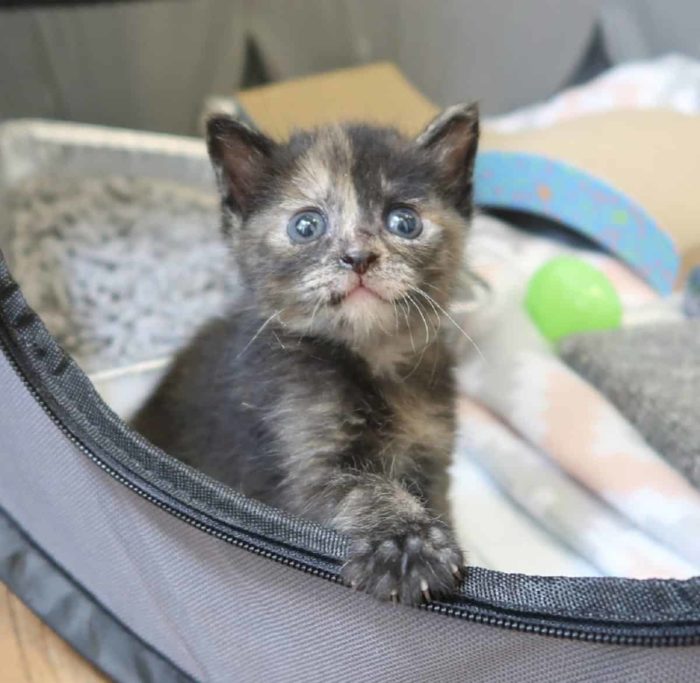 Finally, comes Ruth the Torbie. One of singers in the group actually joined later which was perfect since Ruth, or “Ru-Ru” was found the next day.
Sadly, on Sunday morning their new foster mom came to pick them up. Chris and Jess had worked for 4 days showing the tiny kittens a life worth living. They said their good-byes and were promised lots of pictures and updates as the girls grew up.