The man films himself playing hide & seek with his kitten 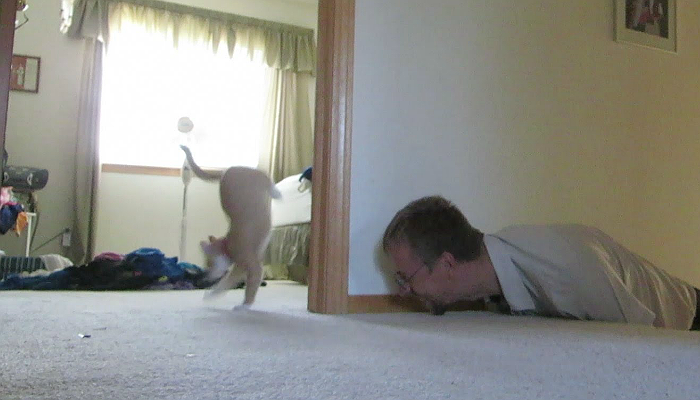 Time spent on playing with your pet is never wasted. Who wouldn’t feel like a kid playing with those goofy rascals? Every time you do it it brings you back to a carefree period of life when everything was fun and games and one of the favorite games no matter what pet you own is definitely hide and seek. Playing it with your cat however is almost always a material for a viral video.

This man playing with his kitty named Button is so much fun just watching them brings smile to my face. He’s so into it it’s like watching two kittens playing with a lot of running, jumping, sneaking and attacking. Watch the video to see who got tired first!