The little Leopard was found in the sugarcane field crying 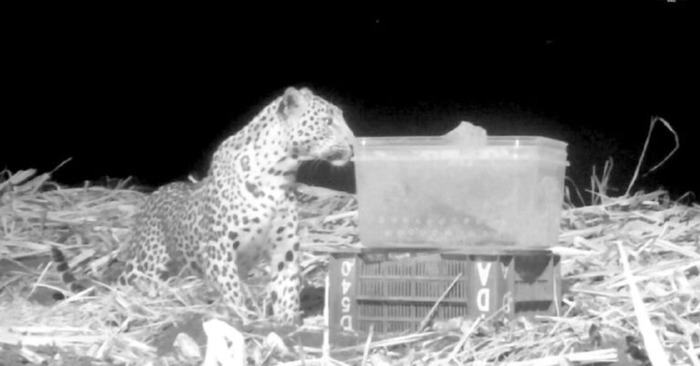 The leopard mother was happy finding her baby

A little wild family would have died, if kindhearted people hadn’t found them just in time to assist.

The sugarcane farmers had finished their work, when they saw a little bundle of fur lying on the ground. 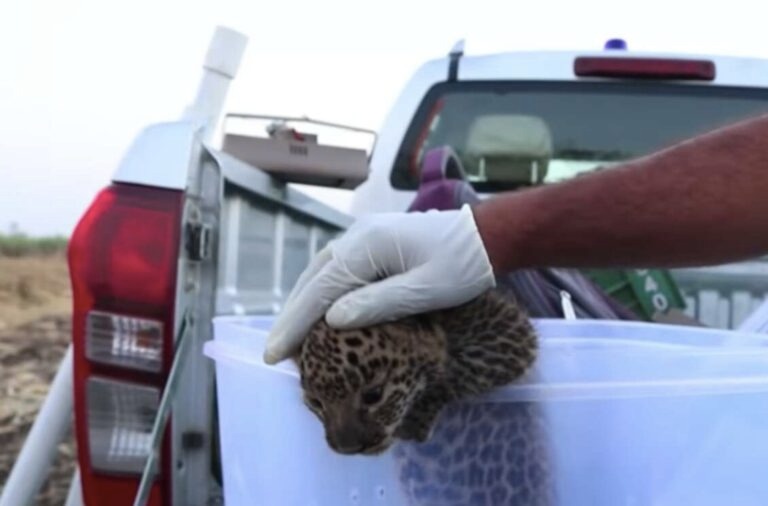 It was a leopard baby almost 2 months old, and the farmers were worried for the baby’s safety, so they called a forest officer and a rescue team.

It’s usual, that people contact leopards, as they live near the farms. 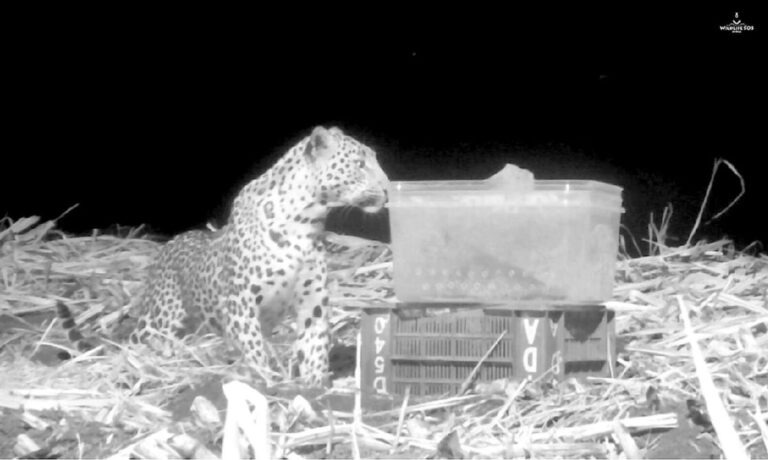 “Man-leopard conflict increased in this area, because of the expanding farmland and depleting forests.”

Leopards seek shelter in the sugarcane fields during their cub season, not understanding that it’s also harvest season.

Understanding, that the leopard mother would be stressed after realising his baby was separated with her, the rescue team decided to examine the cub’s health before figuring out a plan to reunite the baby with his mother.

Fortunately the baby was in a perfect health state.

And they considered a good place to put the baby, and they also set up a camera to see if the mother came back to the area for her baby. 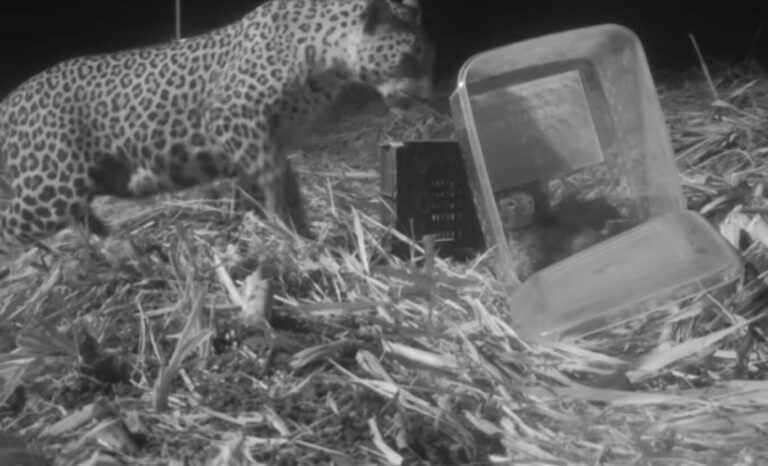 And at night an adult leopard was seen searching in the area.

The camera shows the leopard suddenly pause, when she saw something in the plastic box on the field.

And like many cats the leopard knocked the box over.

And the top tumbled off the box and the cub appeared.

Both of them were a little amazed seeing each other.

The mother took the baby in her mouth and carried him back into the woods.