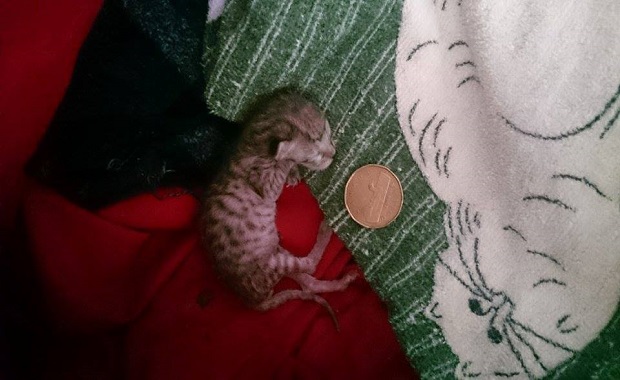 This wee one was just 40 grams when a kind young woman found her. The kitten absolutely was not moving except for the beating of her heart.

“She was so small, I couldn’t believe something so tiny could be alive,” imgur user Nuuudel shares the story.

They took a photograph of the kitten and showed it to the vet.

“They told me not to get my hopes up. None of the vets had ever seen a kitten so small that was alive,” she adds.

In spite of what the vet said, they decided to try their best to save the kitten and named the little fur ball Titan (at the time they thought the kitten was a boy). “So she would get to either live or die as a Titan.”

She and her boyfriend began taking turns caring for the kitten, feeding her every hour, keeping her warm and as comfortable as she could be.

The kitten didn’t move very much at all or make any noise for the first week.

“She didn’t gain any weight, and we contemplated every second if we were doing the right thing keeping her alive.”

Finally on day 8, they woke up to the most hopeful sound yet.

“I was so confused, my first thought was that she was dying or in pain, she’d never made a sound before. Turns out she was meowing for food, she was crawling all around her makeshift nest, and when I put the formula filled syringe in front of her mouth she started howling. She grabbed it with both of her too small for life paws and ate with more enthusiasm than I’ve ever seen.”

There were so many sleepless nights over the course of the next two weeks.

“We barely slept and often forget to eat, but it paid off.”

The day Titan opened her eyes was the most joyous moment for the couple.

“She still had a hard time moving around, and was very underweight and underdeveloped. But she was so full of life, always wanting food and pets.”

At 6 weeks of age, Titan had really come around. She became more and more adventurous and even started to play with new toys.

The couple found out that the kitten was severely anemic and there were weeks that were a real chllenge, but somehow this fighter of kitty pulled through and triumphed.

Miracles happen everyday. We only recognize them if we believe in them. 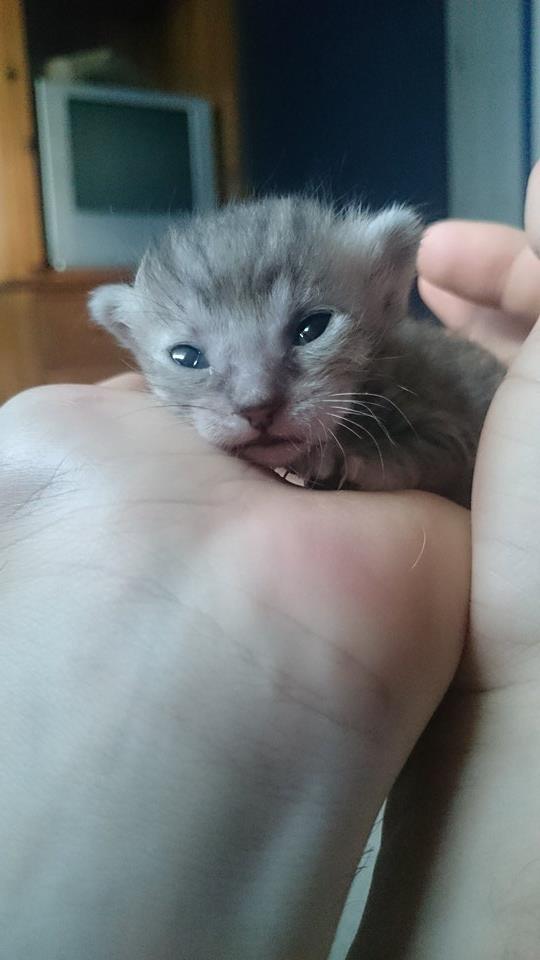 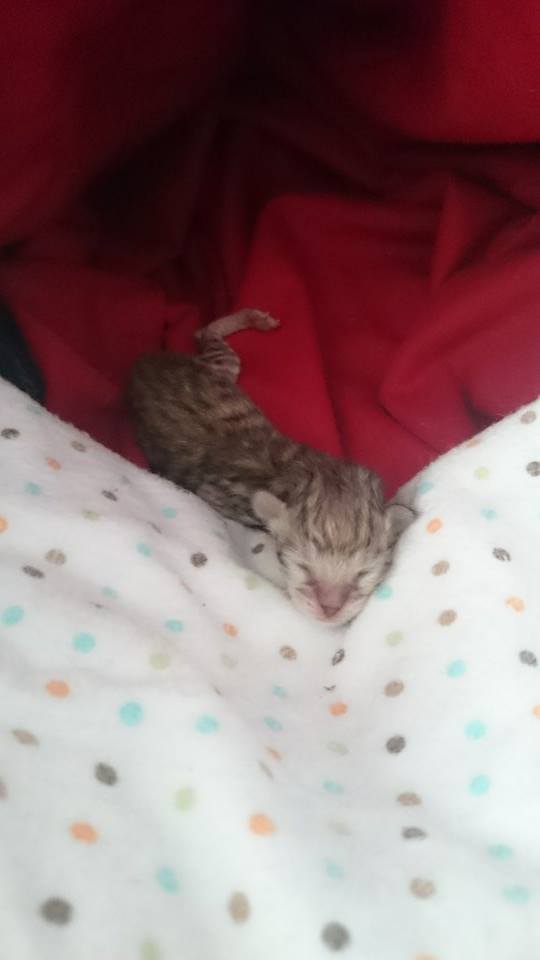 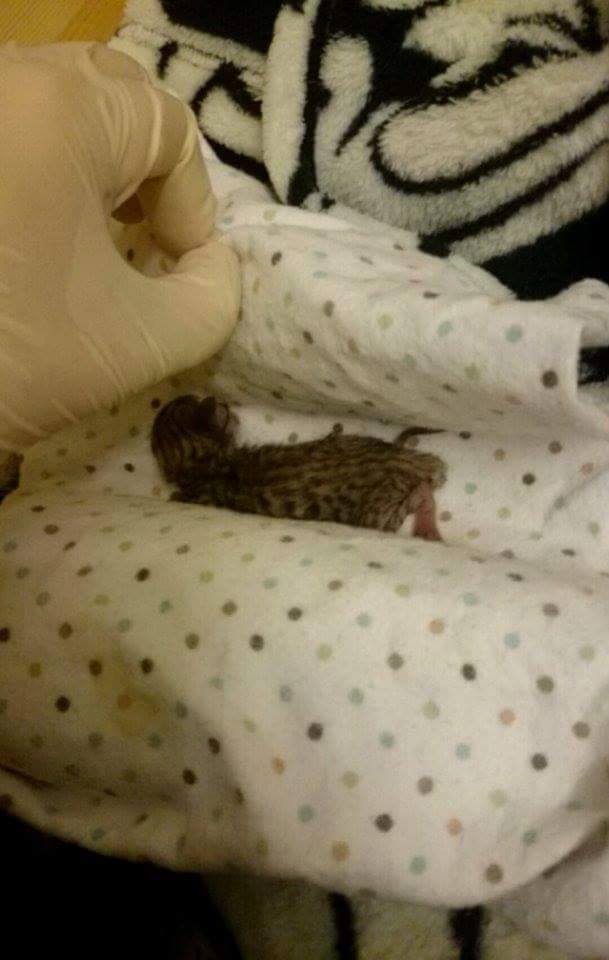 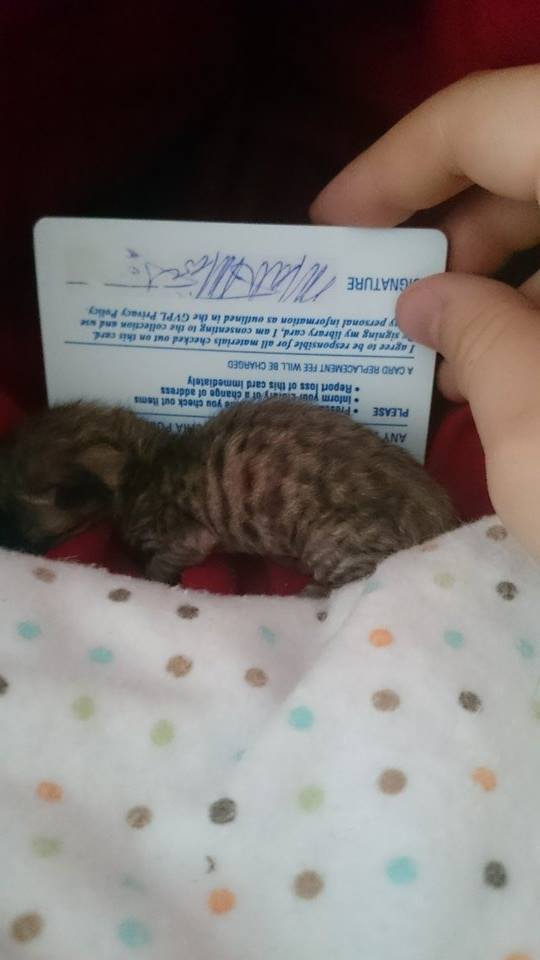 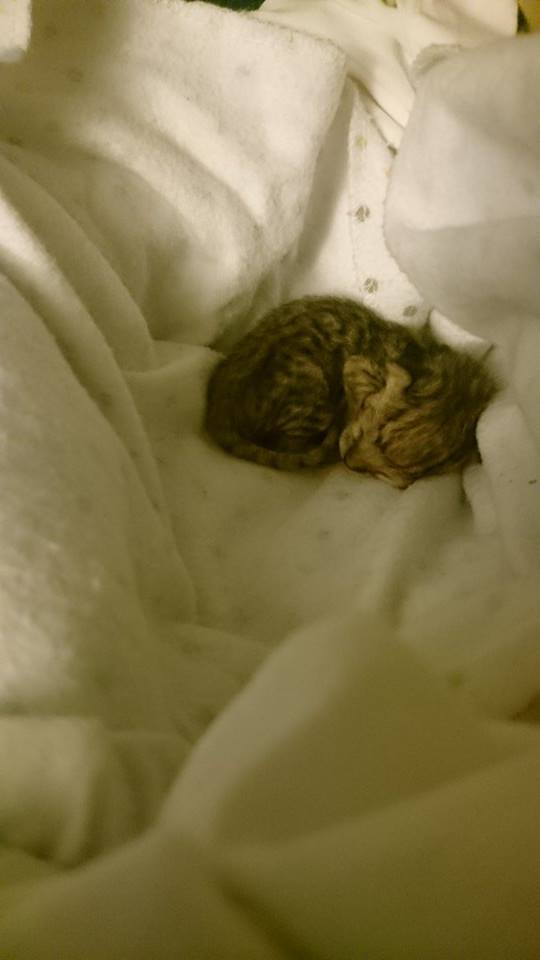 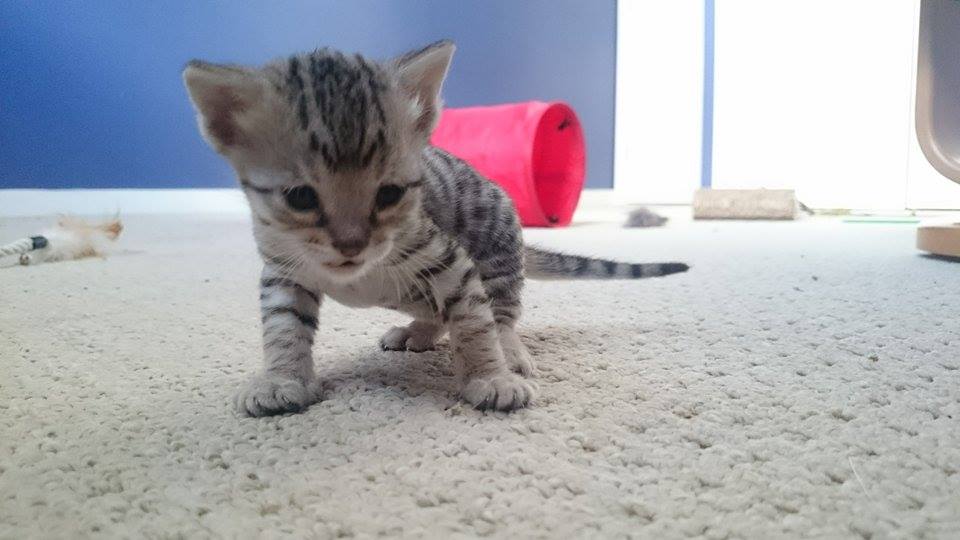 At 6 weeks she seemed to be almost “normal” 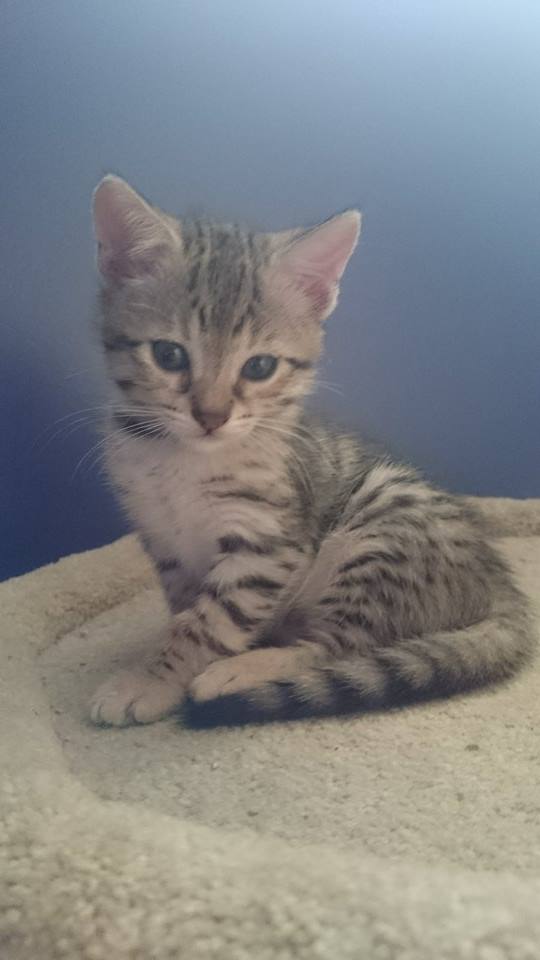 Now, at 15 weeks, Titan is a rambunctious kitten