Teacher Loses Her Beloved 16-Yr-Old Cat, But Bursts Into Tears When She Sees Student’s Surprise 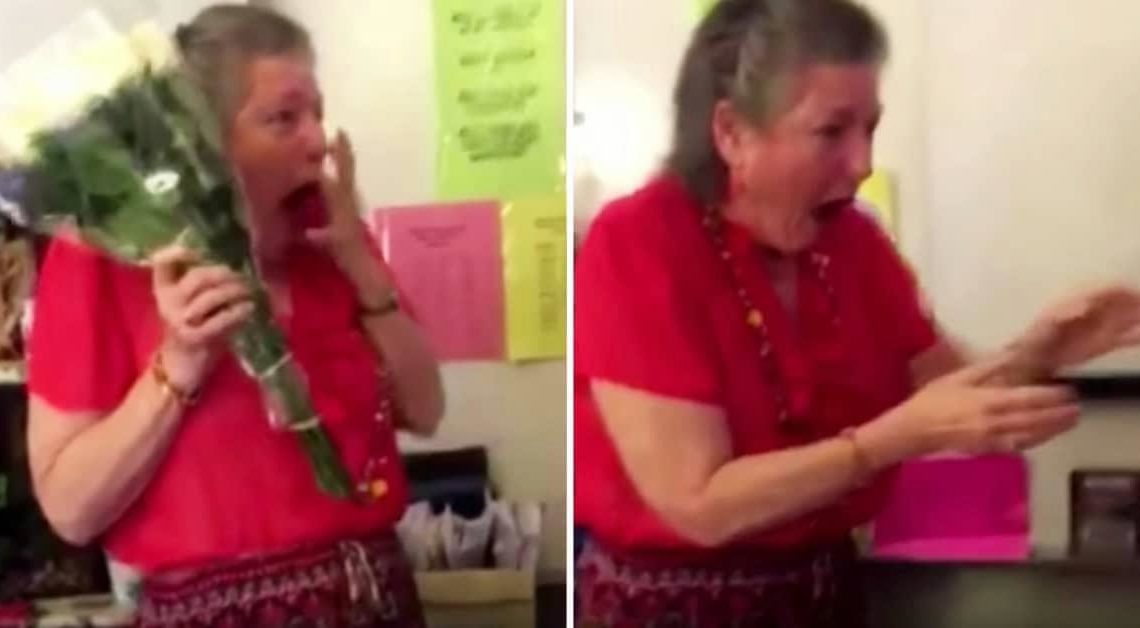 Tonya Andrews is a much-loved teacher at Joshua High School, Texas, and she has left quite an impression on her students. But sadly, Tonya’s beloved 16-year-old cat Blondie had passed away in her arms while she was rushing him to the vet.

The Joshua High School teacher was heartbroken to have her little cat die in her arms. Blondie was her best friend and they’d been together for 16 years.

I cried pretty much every period that next day at school.

However, some incredibly kind-hearted students learned about what was making Tonya Andrews so sad. That’s when some of Tonya’s students decided to plan a little surprise for her to try and lift her spirits.

They marched into class the next day with flowers and cupcakes… But that wasn’t all.
Tonya Andrews

Tonya was moved by the student’s incredibly kind gesture and she began to shed a tear. Then she looked past one of the girls and noticed another student was standing with a final present for her – well, two final presents.

The students had a beautiful surprise for Tonya, they had bought her two new kittens to help heal her grief.

I was smiling so big by then because I could feel the love of the class. But then, Rachel walked in holding two precious kittens.
At first, Tonya Andrews thought her students had brought in the kittens just to play with.

She believed they’d brought them in as a comfort treat to help make her smile again.

Then she held them out to me and said they were mine…my heart can now experience happiness again.
Her reaction was utterly beautiful. Tonya burst into tears and held the little kittens tightly, kissing them both on the head.

The students couldn’t have wished for a sweeter reaction. What a beautiful surprise for somebody who was grieving the loss of her best friend.

Don’t forget to watch Tonya Andrews react to the surprise her students had gotten her in the video below. Also, at Happiest we love hearing all of your opinions. So please let us know what you thought of the article in the comment section.