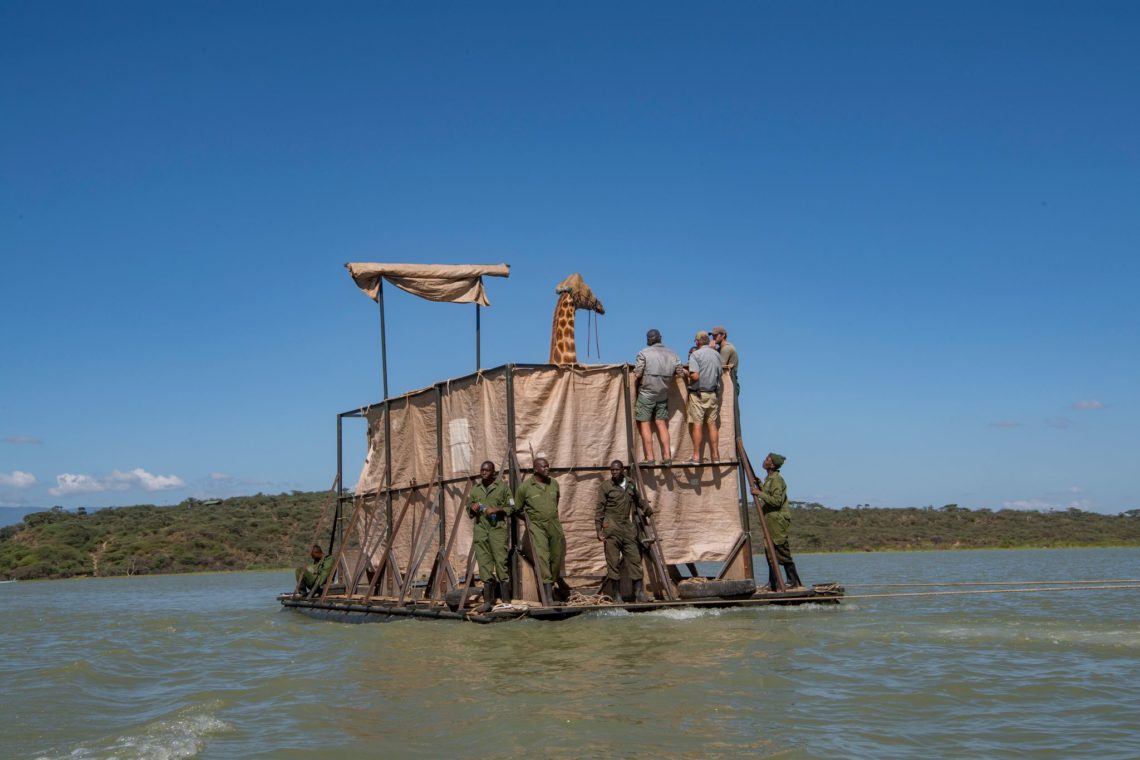 A daring rescue operation is underway in Kenya to save eight rare giraffes trapped on an island by rising crocodile-ridden floodwaters.

An international team of conservationists, wildlife experts and local community members has already managed to float one of the 16-foot-tall giraffes to safety using a specially designed, handmade steel barge.

However, it is now a race against time to save the other seven in what Texas-based conservation non-profit Save Giraffes Now described as a “life or death” situation. The animals belong to an endangered subspecies of the Northern giraffe known as Rothschild’s (Nubian) giraffes, which number fewer than 800 in Kenya, and 2,000 on the continent as a whole.

The giraffes were introduced to an area around Lake Baringo, western Kenya, in 2011, with conservationists hoping that the isolated location would offer them protection from poaching and allow their numbers to grow. Recently, heavy rains have caused the waters of the lake to rise steadily up to six inches a day, cutting off a piece of land where the giraffes are now trapped.

In response, a collaboration between the Kenya Wildlife Service, Save Giraffes Now, Kenyan non-profit Northern Rangelands Trust and local members of the Ruko community have mounted a rescue effort to save the animals and transfer them to a 4,400-acre fenced sanctuary around four miles away.

Since the newly-formed island was cut off from the surrounding land, conservationists have been keeping the giraffes alive by providing them with food, while also conducting routine health checks. In the meantime, members of the Ruko community built a special barge to rescue the animals.

The barge consists of a rectangular steel structure floating atop a series of empty drums with reinforced sides to keep the giraffes from jumping out.

On Wednesday, the rescue team used this special barge to save one of the giraffes, named Asiwa, who was stranded by herself on a separate part of the newly-formed island. 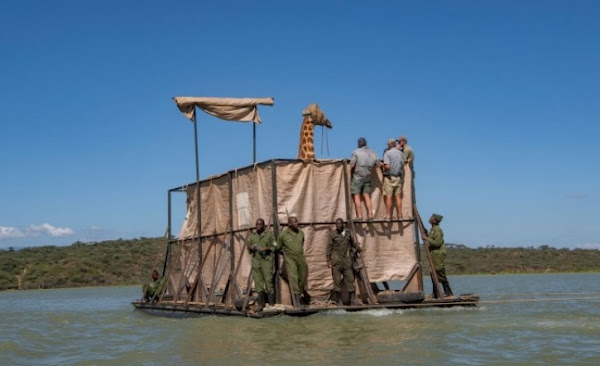 “Thankfully the rescue is off to a fantastic start, as Asiwa was the most imperiled giraffe isolated on an island that has flooded so she had less than an acre left. The Ruko community is so happy she is now safe. Here’s hoping the coming days go as well,” David O’Connor, president of Save Giraffes Now, told Newsweek.

Two more giraffes will be moved tomorrow and the team plans to rescue the rest in the coming weeks. “There is great urgency to execute this rescue,” O’Connor said in a statement.

“We couldn’t have asked for a better result, and we’re eager to move the others soon. With giraffe undergoing a silent extinction, every one we can protect matters.”