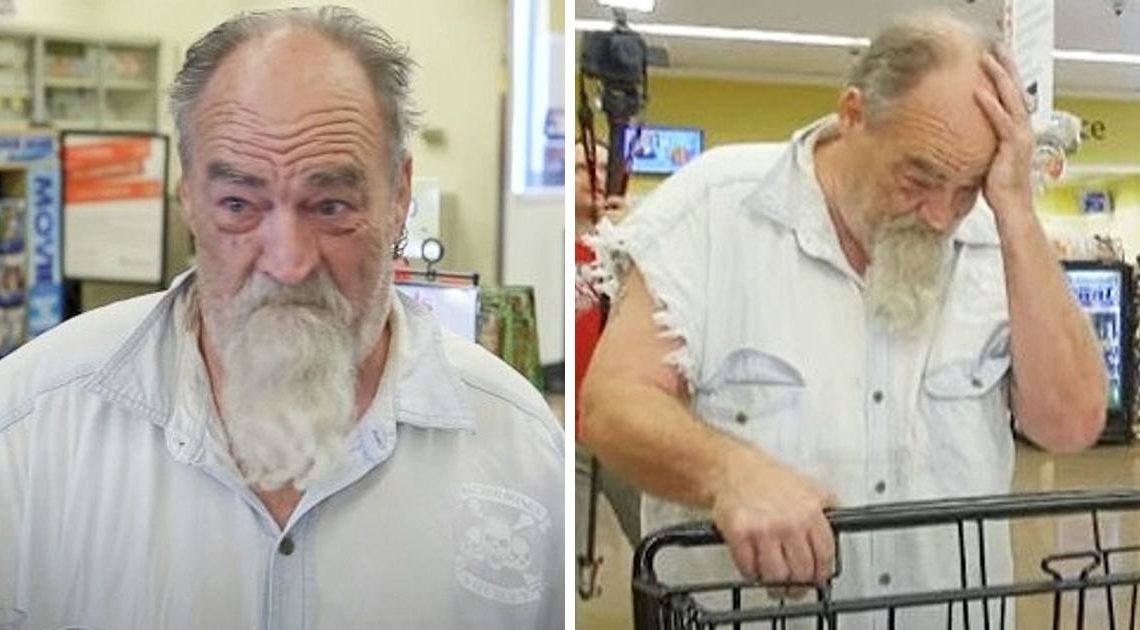 It’s always a great idea to do something nice for someone else. Performing random acts of kindness not only makes the person doing the act feel good, but it can also tremendously help the person on the receiving end. A news team decided to enact their Surprise Squad to help pay for a few customers’ groceries at a local grocery store in the Las Vegas area, only to find that they helped a hero.

Teaming up with Albertsons and Vons grocery stores, Dave Hall and the Surprise Squad from Fox 5 decided to spread some joy and kindness to the world by offering to pay for a handful of grocery bills for a few customers at Albertsons back in August 2017. They paid for some frequent customers who had run some large bills, and also a few people who were low on cash. The Fox 5 Surprise Squad then agreed to help a customer and her husband’s friend, who turned out to both be veterans. They had been struggling financially and barely put anything on the check-out conveyor belt.

Men and women who serve make courageous and sacrificial decisions. Despite being seen as heroes by many, many veterans still experience hardships when they return home, as they may not have any benefits and they may not have a way to make ends meet. After only putting two items on the check-out conveyor belt, a veteran received some financial help from the Surprise Squad, who had stepped in and offered to pay for the groceries he needed.

Helping Those Who Served

The Fox 5 Surprise Squad’s motto is “no man or woman left behind,” and they proved to live up to their mantra when they encountered two veterans at a grocery store in Las Vegas back in August 2017. They met a veteran who was disabled by the name of Stephanie Sieverding who had been buying food for herself and her dogs. She admitted to Hall that she was on her last $50. Fortunately, Hall paid for the entire cost of her groceries before he noticed the man standing behind the grateful woman.

The man’s name was Larry Robeson and he was also a veteran and a friend of Sieverding’s husband. He put down just two items on the check-out conveyor belt. “You served us, it’s our turn to serve you now,” Hall told Robeson and took the man on a full grocery shopping trip. Robeson grew extremely emotional and wiped his tears away as he shopped for food and necessities.

He explained that he started a club called Bones for Blankets 16 years prior that is focused on delivering blankets to homeless veterans. After his three brothers froze to death, Robeson wanted to make a difference and got to work helping other veterans as much as possible with his club. “We try to do good things for good people, Larry, so you deserve this,” Hall told Robeson, who was still incredibly emotional and in disbelief.

After putting up an entire cartful of groceries, Robeson’s bill came to $278.55, the highest grocery bill he has ever accumulated. The Fox 5 Surprise Squad gratefully paid for it, repaying Robeson for his service to his country and his community.

What did you think about this emotional story? Have you ever offered to pay for someone else’s groceries? Let us know, and be sure to pass this on to your family members and friends, too.