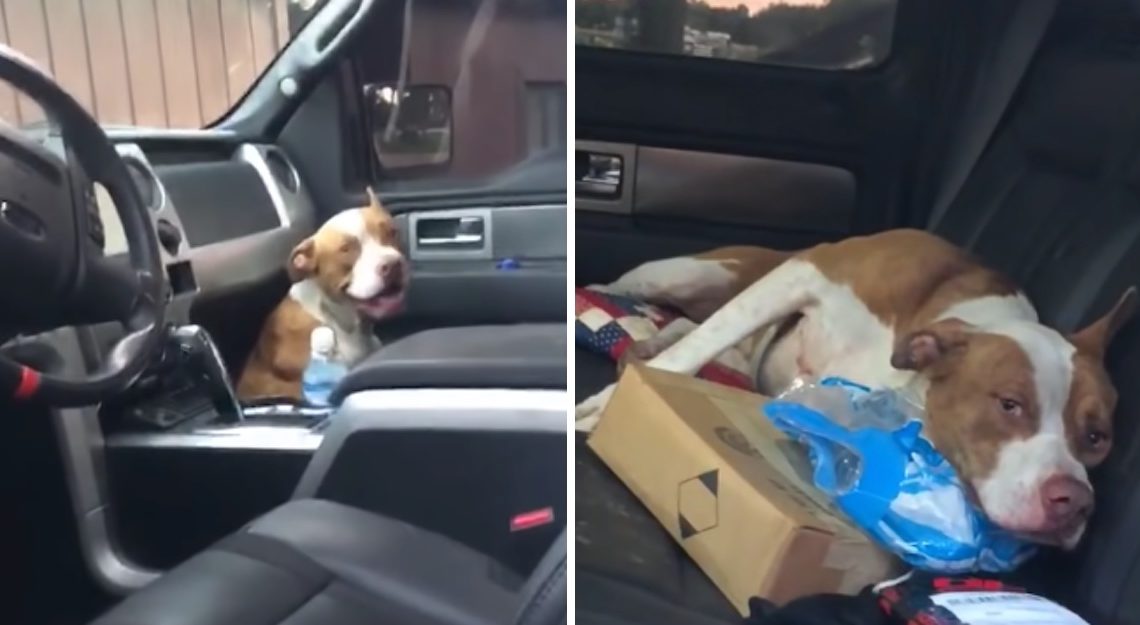 Stray dogs will always try to take advantage of any opportunity they have to find a family. They are tired of being alone, so when they have the chance to show a person that they want to be with them, they will do so.

So did this gentle pit bull, who when he had the chance to get into an empty truck, where he felt safe and which he presumed belonged to some family, he did not hesitate to go in there and not come out until he had a home. 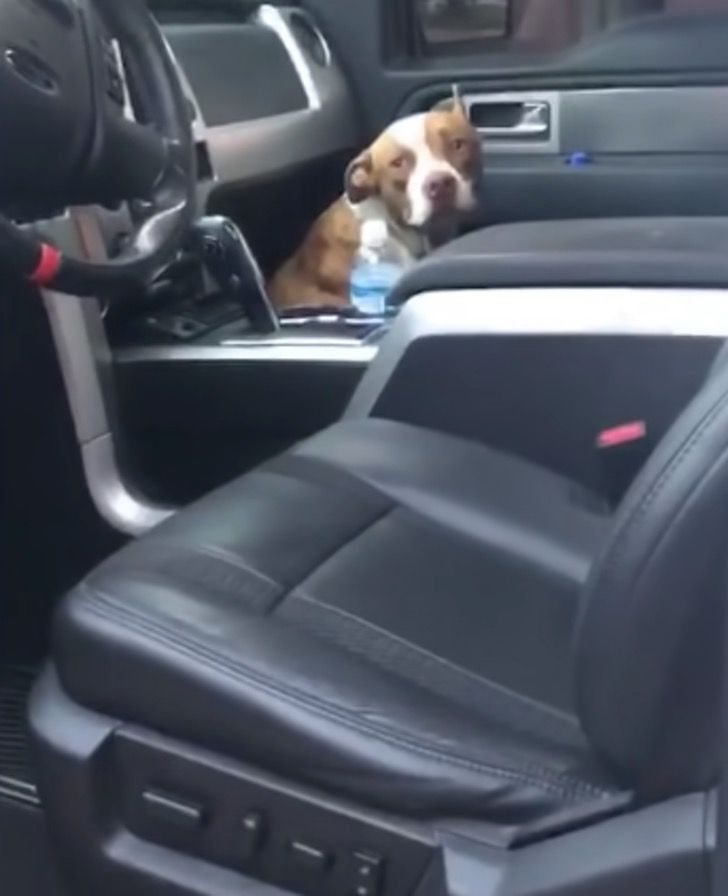 When Emily and Garrett returned from their yoga class they were surprised to find the hairy one inside their vehicle, lying down. They didn’t understand how he could get in, but there was no way to get him out, since he refused to move, even though he seemed very affectionate.

“This pit bull just jumped into the car. Hey, what are you doing there,” Emily said as she recorded the scene with her phone. 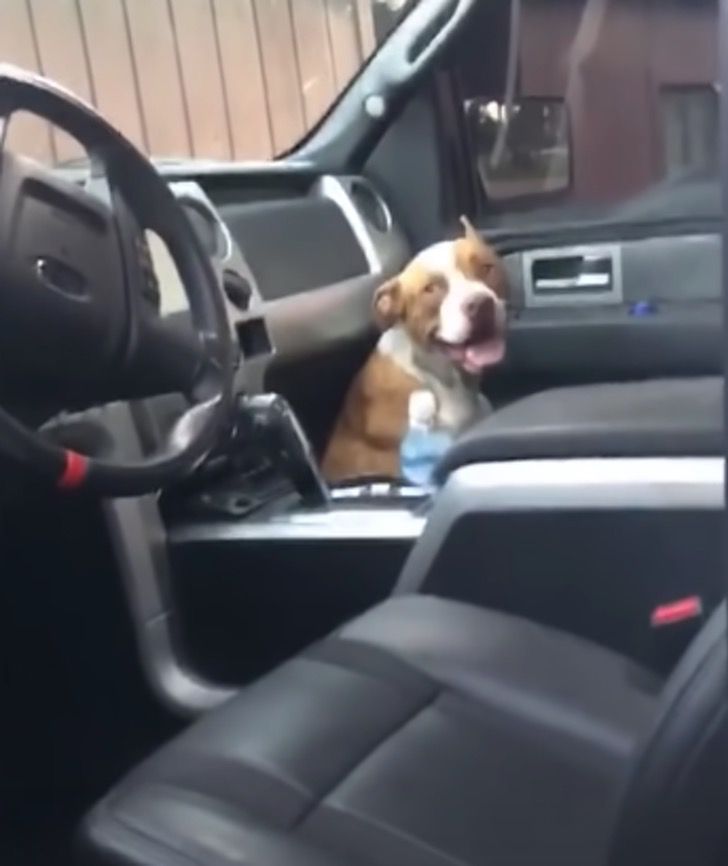 In a video, published by The Dodo, you can see how this couple tries for a period of two hours to get it out without success. They even offered him food and called him to eat outside, but he seemed determined to stay inside. They made sure to keep him hydrated and fed him, while they thought about what to do with him.

With the dog’s refusal there was no other option but to take him with them, after they all became more confident. The idea at first was for everyone to leave and try to find out where this dog came from, and return him to his family. However, after much searching no one claimed the dog. 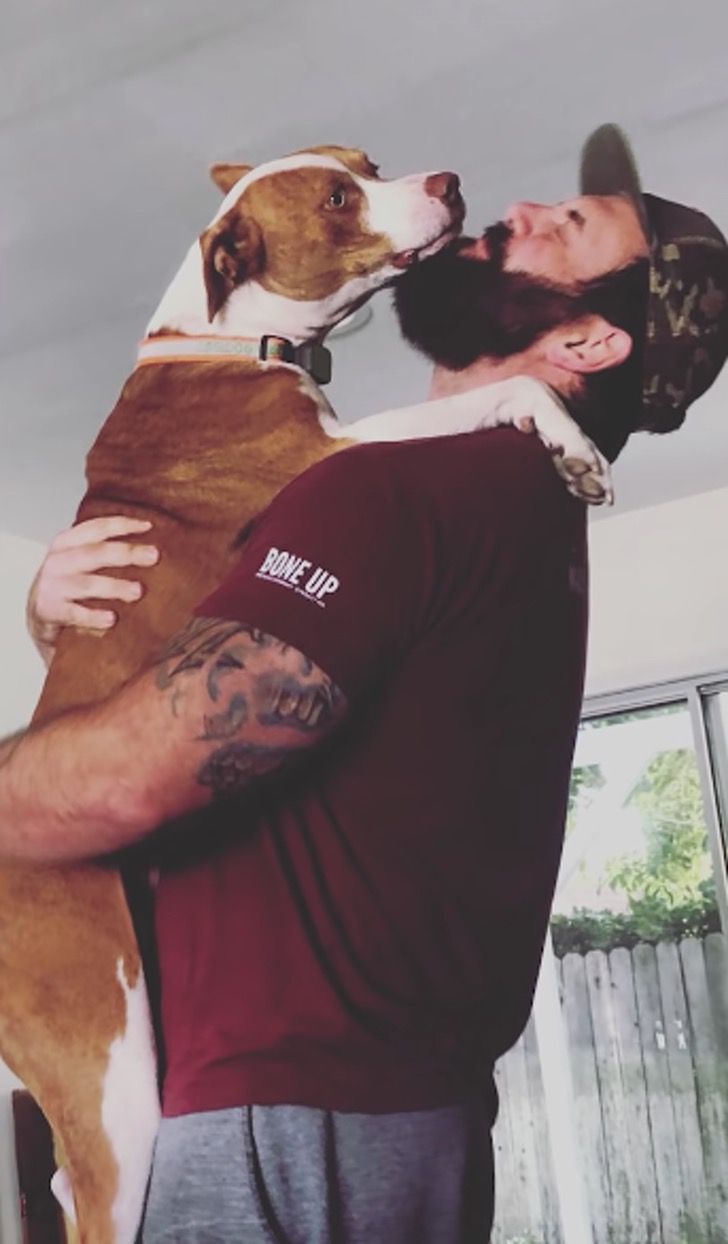 Although they weren’t looking for a dog, life put Buddy in their path, who from that moment on completed the family. 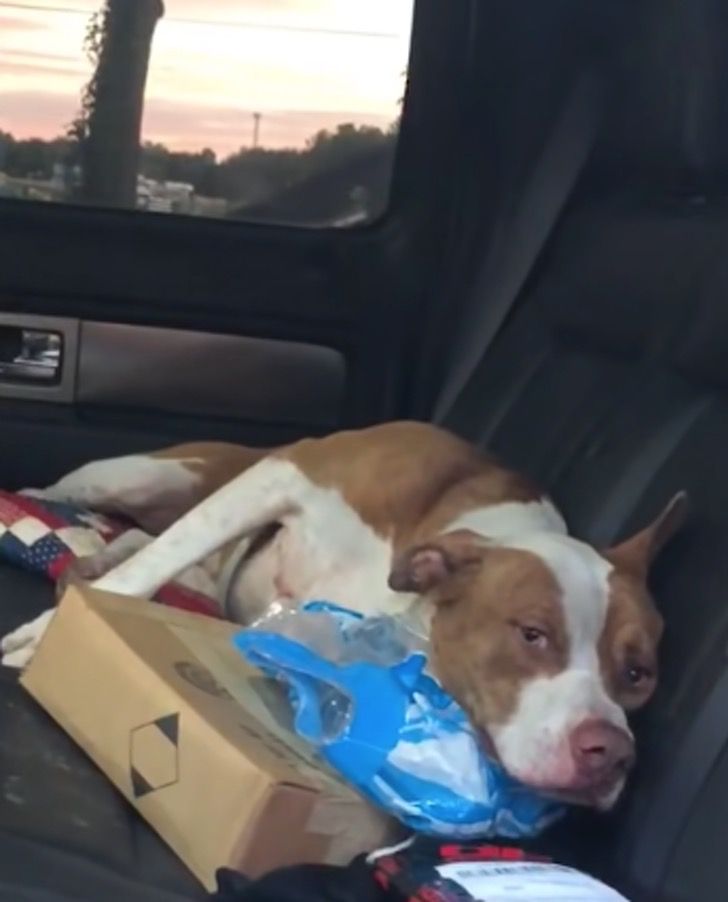 Buddy loved going out into the woods, but on one of those occasions he got lost for a while. The family was devastated by the situation. They spent many days looking for him until they received a call from a shelter that found him. 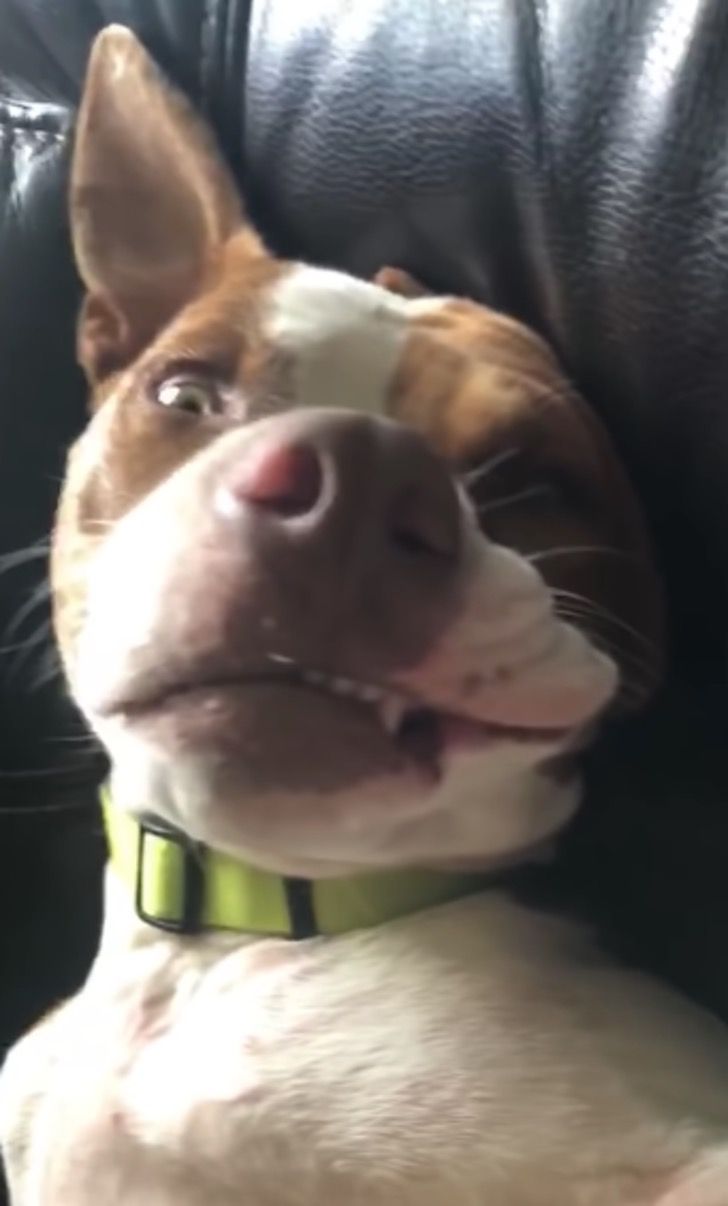 Since that time, their relationship with Buddy has solidified and they are now very close. Buddy had a chip installed so he wouldn’t go missing again. Nothing will ever be the same if he’s gone.