Stray Cat With Unique Face Begs Her Rescuer To Keep Her, And She Wins 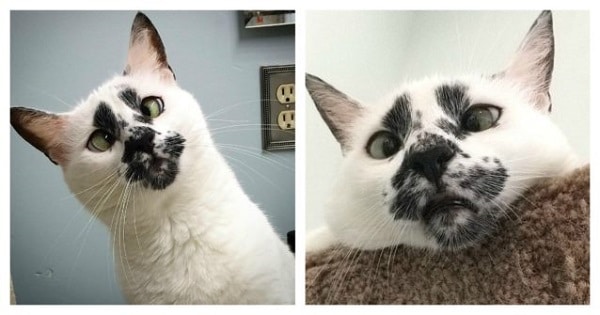 Cats can choose who they want to live with. If they don’t like someone they’ll surely know it, but if they do, they will try to charm their potential new owner as best as they can. Take this kitty as example – it tried its best to charm the woman who foundher and her sister at a construction site and she had no other option than to bring them home. 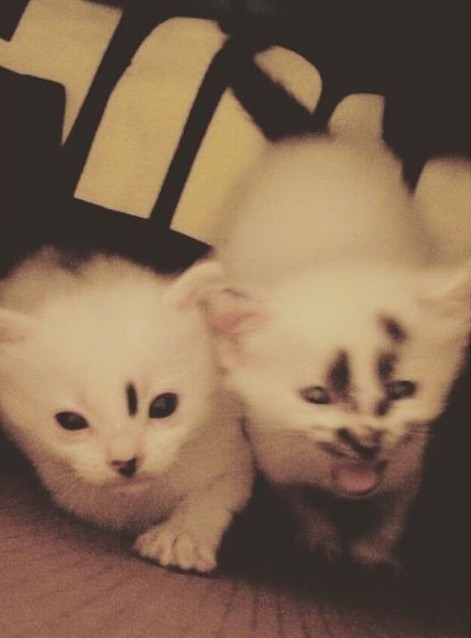 Lily is an adorable little kitten that walked into her new owner’s heart. Instead of separating the kittens, the woman took Lily and her sister both, even though the original plan wasn’t like that. The woman planned to give the kitties up for adoption after some time, but Lily had other plans. 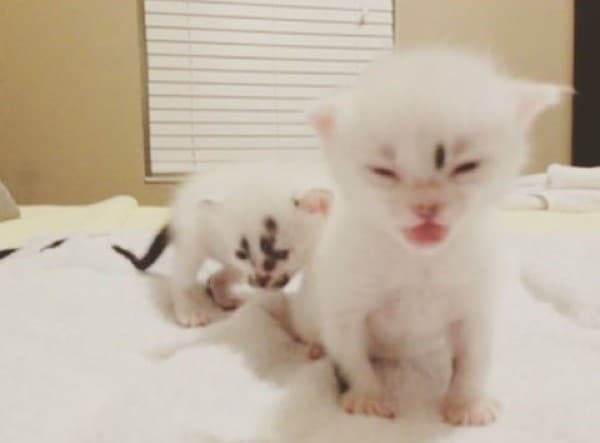 After a few weeks, the woman found a new home for Lily’s sister up. However, she couldn’t find it in her heart to separate the sisters, so she decided to keep them together. Now, Lily and her sister live in a lovely home and with an owner who loves both unconditionally. 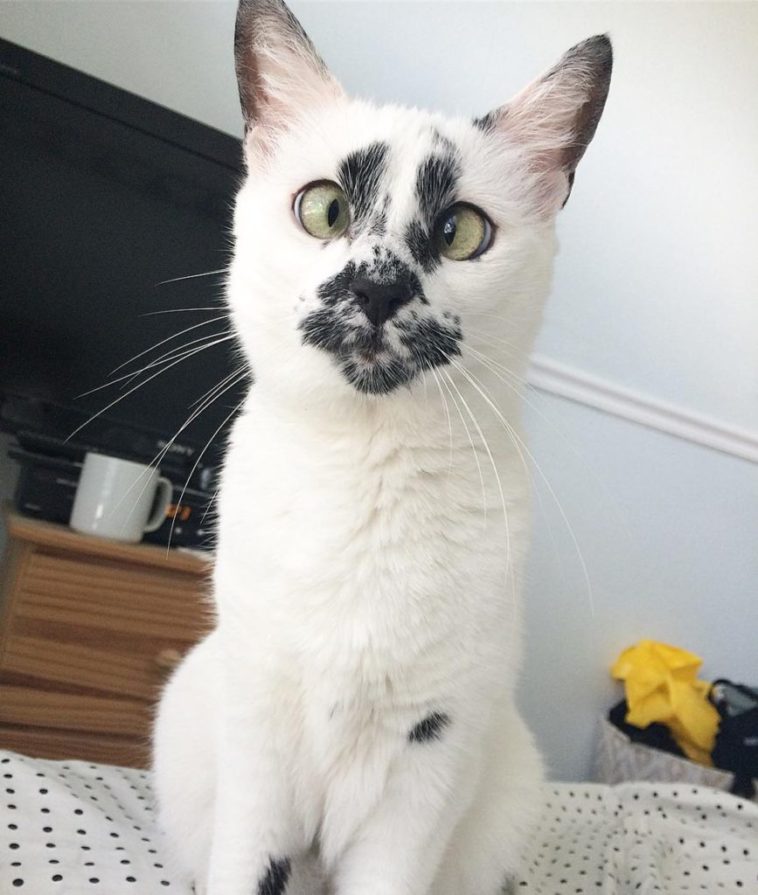 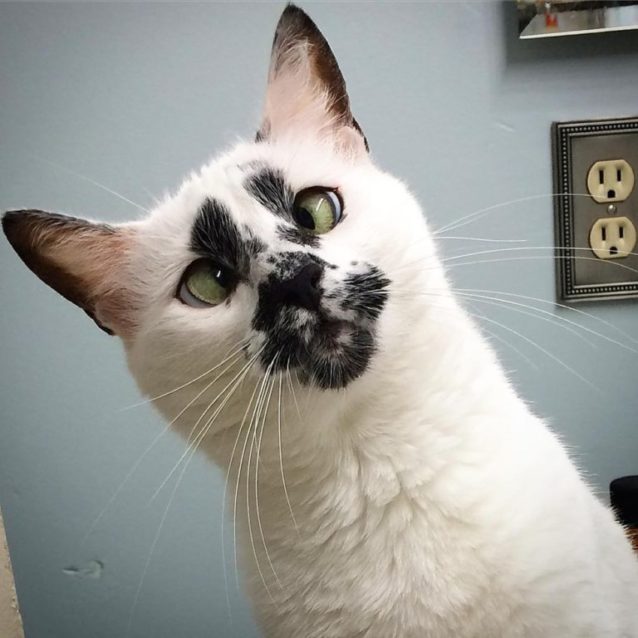 Lily is 5 at the moment and has a lovely personality. Her new owner doesn’t regret the decision of taking both kitties in her home and feels blessed about it. 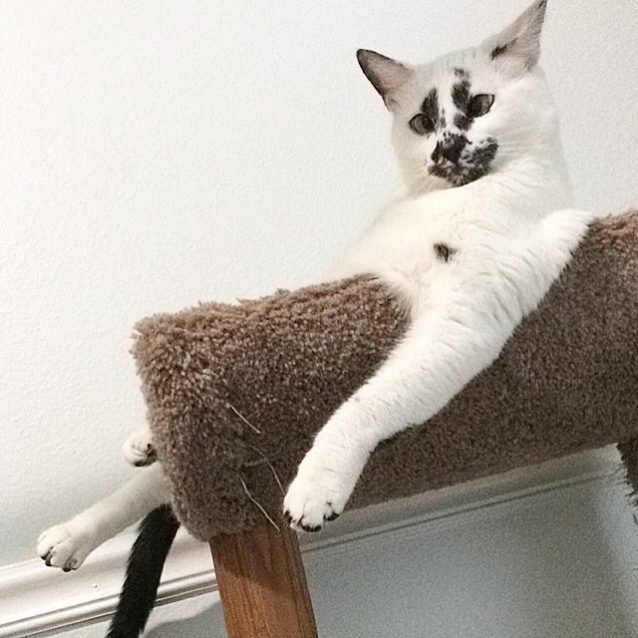 Yes, Lily might be cross-eyed and with an unusual fur pattern, but according to her owner, it only makes her more adorable. 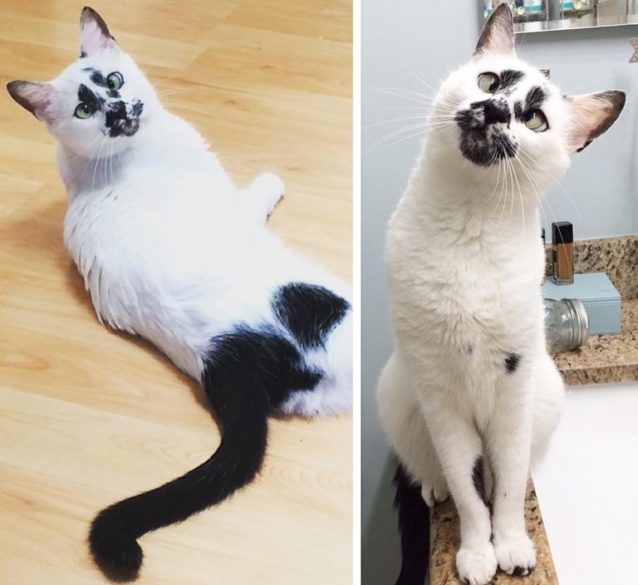 Lily loves relaxing in her new home – she goes around the house and plays with her sister all day long and is quite easy to handle. 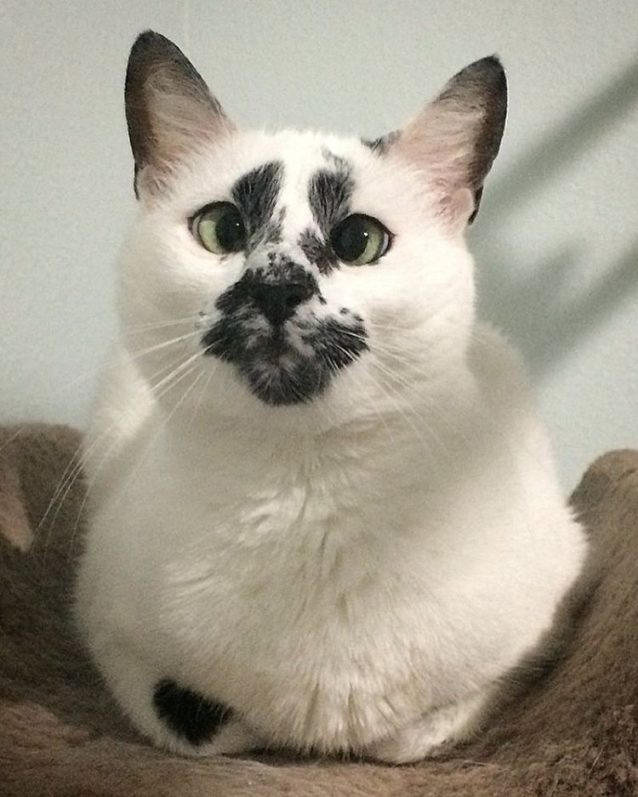 All Lily wants is even more love, but she doesn’t have to ask for it, as everyone who lays eyes on her falls instantly in love.

Sometimes, life can work out purrfectly. It surely has in Lily’s case!