Snowboarders save stranded horse from freezing to death 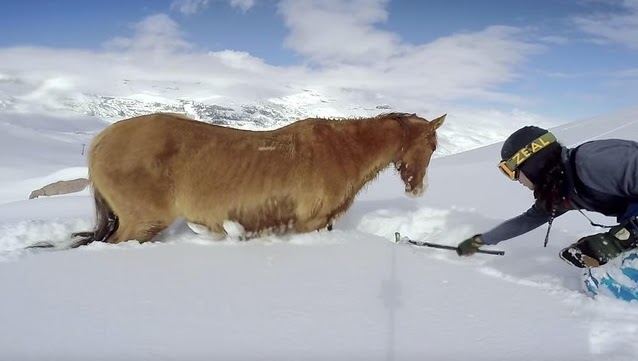 To celebrate his 21st birthday, Rafael went snowboarding with his friend in El Colorado, Chile. He noticed a strange-looking rock in the distance, and soon realized it was no rock at all, but a stranded wild horse trapped in snow. Knowing the poor horse would surely die, Rafael and his friend leapt into action. The incredible video documents the rescue, and it’s like something out of a movie! Rafael and his friend go right up to the gorgeous chestnut horse and dig her out of four feet of packed-in snow. They then lead the mare six miles down the mountain, allowing her to follow behind them. Five hours after they discovered her, the horse was reunited with her herd. Rafael may not have celebrated his 21st birthday in the typical way, but his version is much more heartwarming 😍 Rafael wrote about the harrowing rescue on The Inertia: “I have been through a lot in life, and through it all I have realized that it’s well worth it to watch out for others — whether they are human or not. And that’s what me and my riding partner did. What we learned when we finally reunited the horse with its owner was that the horse had been missing for four days. Hopefully this inspires you to get out there and not only live your life to the fullest, but to help others do the same.” 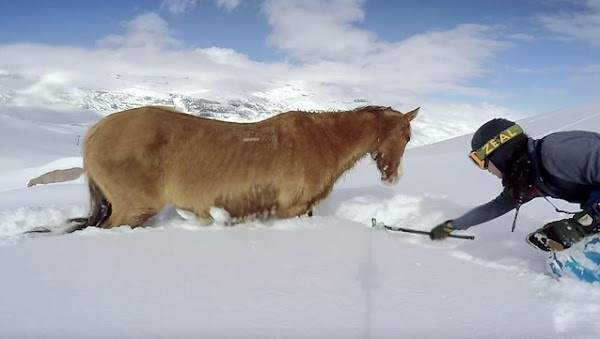 If the snowboarders hadn’t come along, it’s not likely the stranded horse would have lasted much longer. And while riding the slopes might have been a more pleasant way to spend the day, Pease says he wouldn’t have had it any other way.