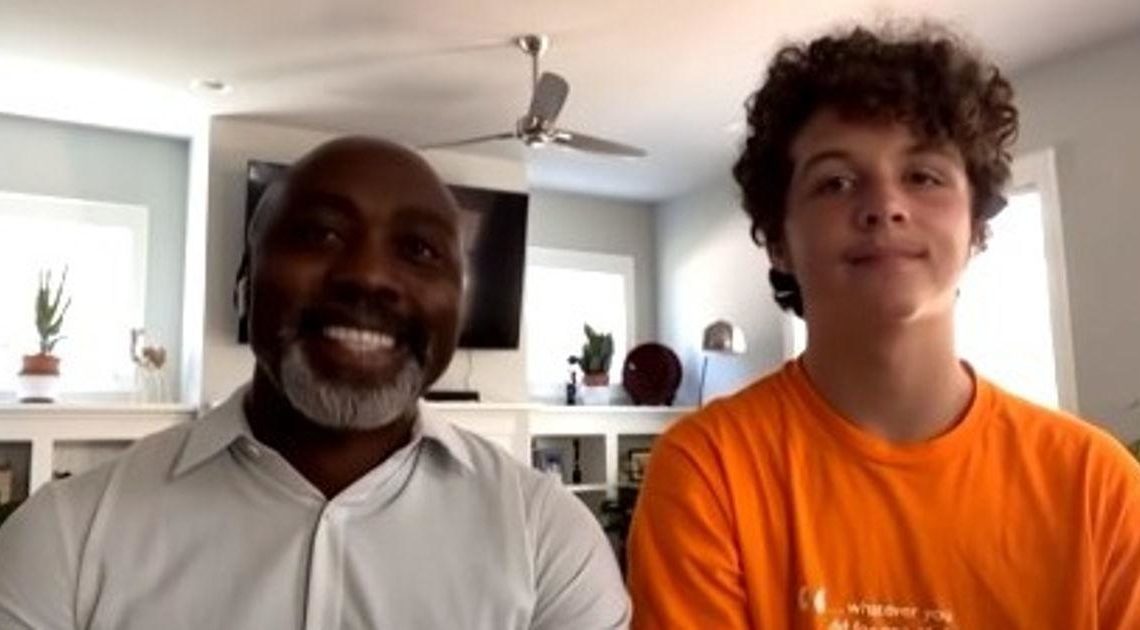 A single foster father from North Carolina made the heartwarming decision to adopt a 13-year-old boy who was abandoned at a hospital by his former foster parents. Peter Mutabazi is considered a veteran when it comes to the foster care system, as he had taken in a handful of children throughout his time as a resource parent. In fact, he even took in a 7-year-old boy who had nowhere to go during the middle of the COVID-19 pandemic due to many places being shut down or closed temporarily on account of lockdown restrictions. One story of his that has captured hearts across the world was when he found 13-year-old Anthony.

Mutabazi experienced a difficult childhood himself, growing up in the country of Uganda in Africa. Learning and growing from the situations he faced, the foster dad decided to dedicate his life to helping other vulnerable children. This is how he met his foster son, Anthony, who was abandoned by his previous foster family. Anthony faced his own hardships as he had been in the foster care system for most of his childhood. Mutabazi found the young boy at a hospital and took him home before eventually adopting him in November 2019.

In a beautiful turn of events, the two have been able to build a special father-son relationship and have even done their part to help others as well. By sharing their story with others, more people became aware of the struggles children face in foster care. Mutabazi also expanded his family even more by taking in another child later on. 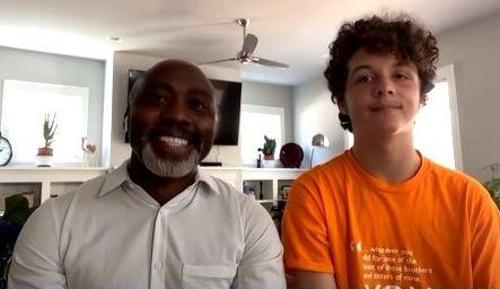 Anthony entered the foster care system when he was only 2 years old, according to Republic World. He was adopted by a couple in Oklahoma two years later. Unfortunately, they later left him at a hospital when he was 11 and never returned. Mutabazi received a call from a local foster care ward in January 2018 and found out about Anthony’s situation.

Mutabazi told Good Morning America in 2020 that he knew he had to take Anthony home with him after finding out his parents had left him at the hospital. “Once I knew the parents’ rights were signed off and he had nowhere to go, I (knew) I had to take him,” he said. According to Republic World, he was only supposed to take in Anthony for a couple of nights but ended up taking him in full time and later adopted him on Nov. 12, 2019.

Shortly afterward, the two decided to move to Charlotte, North Carolina. During an interview with Good Morning America, Mutabazi talked about how he wanted to continue fostering children, and Anthony was perfectly happy with the idea of allowing other disadvantaged children to live with them in order to help them. This was all easier said than done, as moving and taking in a new foster child provides a lot of complications, especially in the midst of an ongoing pandemic. The approval process took close to one year to be finalized.

After finally settling in together and becoming inseparable, the pair were introduced to a new opportunity. Mutabazi and Anthony’s social worker had found a 7-year-old boy who needed a home and thought that they could be the right fit. 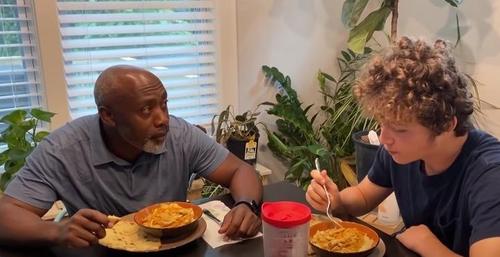 Despite the initial hiccups, the foster dad took in the young boy. “I decided that I would help him no matter what,” he said. Luckily, Mutabazi had Anthony as a support system during the process, and Anthony has even stepped up into the older brother role. In a heartfelt post to Instagram, the dad talked about how great it was having his small family together. “It has been a joy to have this little boy with us despite my fears of the unknown,” he wrote.

During an interview with the Daily Blast LIVE in July 2020, Mutabazi and Anthony talked about their beautiful father-son relationship. The teenager had started calling his foster father “dad” before he was officially adopted for a very sweet reason. “I just wanted somewhere that I could feel safe and somebody that I could trust,” Anthony said. The duo showed off their great bond in a series of video clips of them cooking together and playing with the family dog.

The pair have grown close over their time together. “He’s proud to show me at school and say, ‘hey, he’s my dad.’ That’s something that I love about him,” Mutabazi said about his foster son.

Mutabazi has proved to be a shining example of what it means to be a single parent during hard times. He has opened his heart and dedicated his life to helping others, especially vulnerable children in the foster care system. Through a great amount of determination and love, Mutabazi has taken in two children to be part of his long-term family.

What did you think of this heartwarming story? Let us know, and be sure to pass this along to your family members and friends.