Sick Cat Spends Most Of His Life Trapped In Carrier 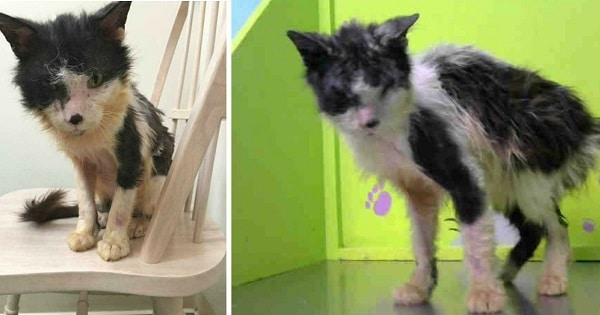 A few years ago, an unlucky cat named Samuel arrived at the BARC animal shelter in Houston, Texas and it was clear he was in dire need of help. Samuel was badly malnourished due to it being trapped in a cage for his whole life. He was also suffering from mange, which closed his eyes shut. Samuel was also suffering from numerous other health problems, so the doctors were planning on euthanizing him. 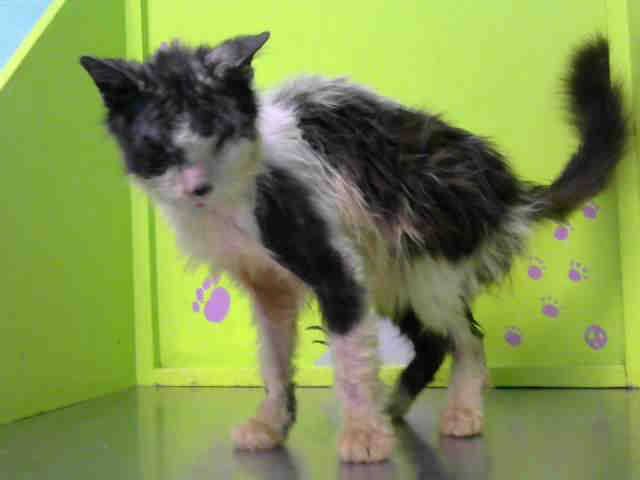 However, hours before the process, one of the BARC staff decided to take a picture of Samuel and post it online. As soon as the image went online, a vet named Leslie Raines saw an opportunity. “Someone posted a skinny cat that was positive for the FIV virus. He looked bad, but I tried finding rescue groups who would foster him,” Raines says. 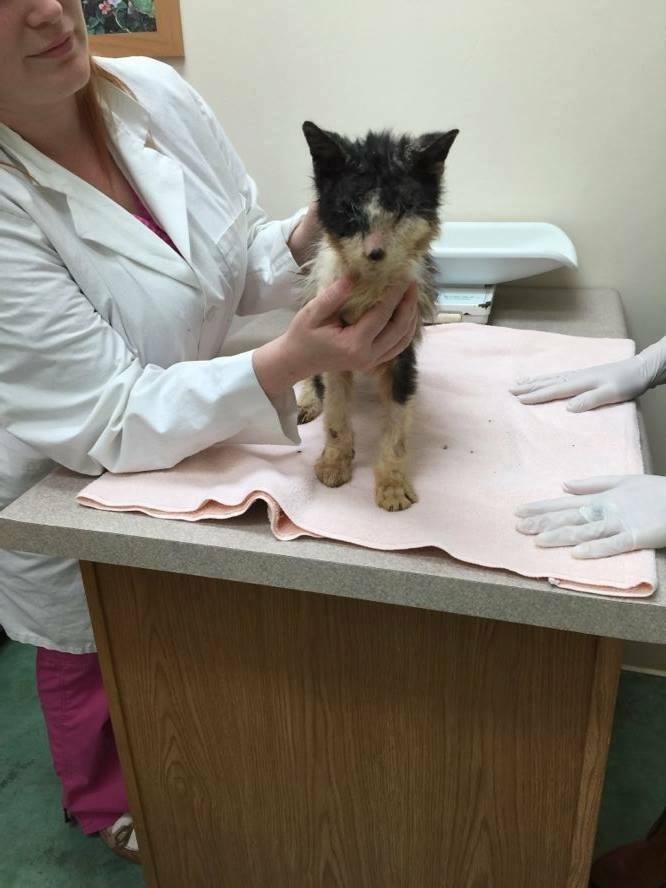 Luckily, a rescue group called Save A Purrfect Cat agreed to take the unfortunate cat and picked him up from BARC. And just like that, Samuel got a new chance at life!

The cat was instantly transported to Raines’ clinic where he was thoroughgoingly examined. The cat was still in pretty bad shape and even Raines saw that his condition is far worse than she imagined, but she wouldn’t give up. 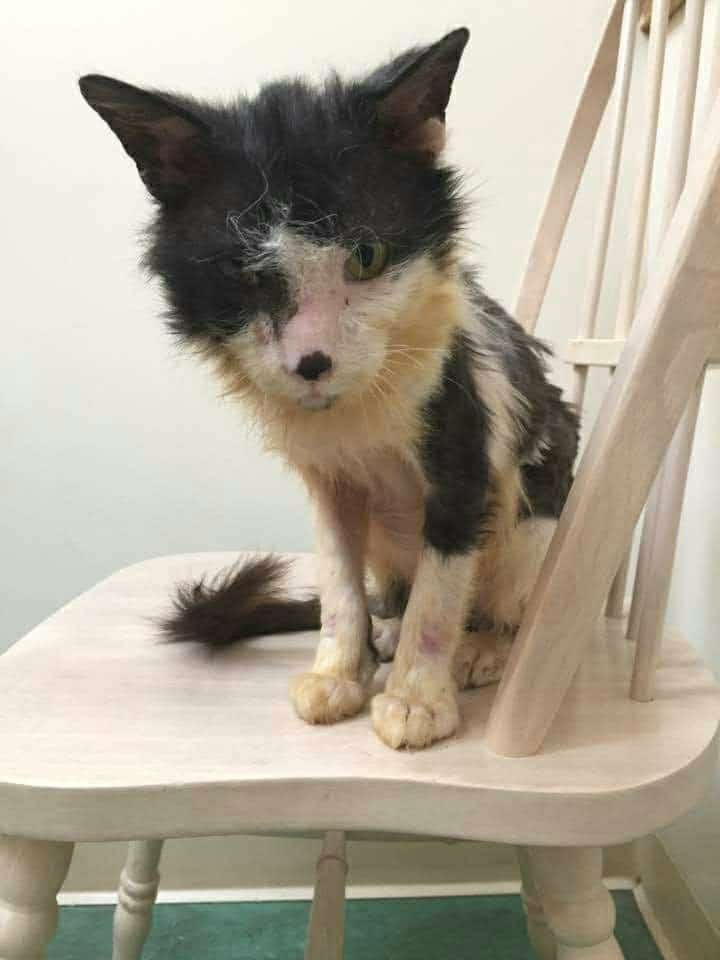 The vet took the cat home and treated him for all the problems he was suffering from. After a few days, Samuel started adjusting to his new life and surroundings. As Raines say, he needed to learn how to be a cat once again, but he eventually made it. 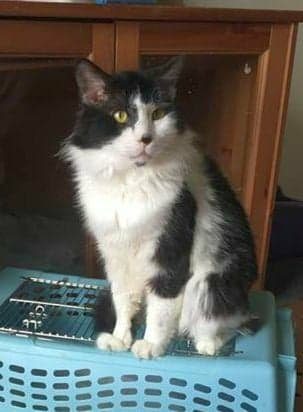 A few months later, almost all of Samuel’s wounds were healed. He grew into a lovely strong cat that doesn’t look like the cat from before.

After a year, Raines started looking for a new home for Samuel. Due to his specific case, she knew he needed a special home and although many people were interested, she wasn’t satisfied. That was until she met Bryan Smith, a man who lost his beloved cat recently and was looking for a new kitten. 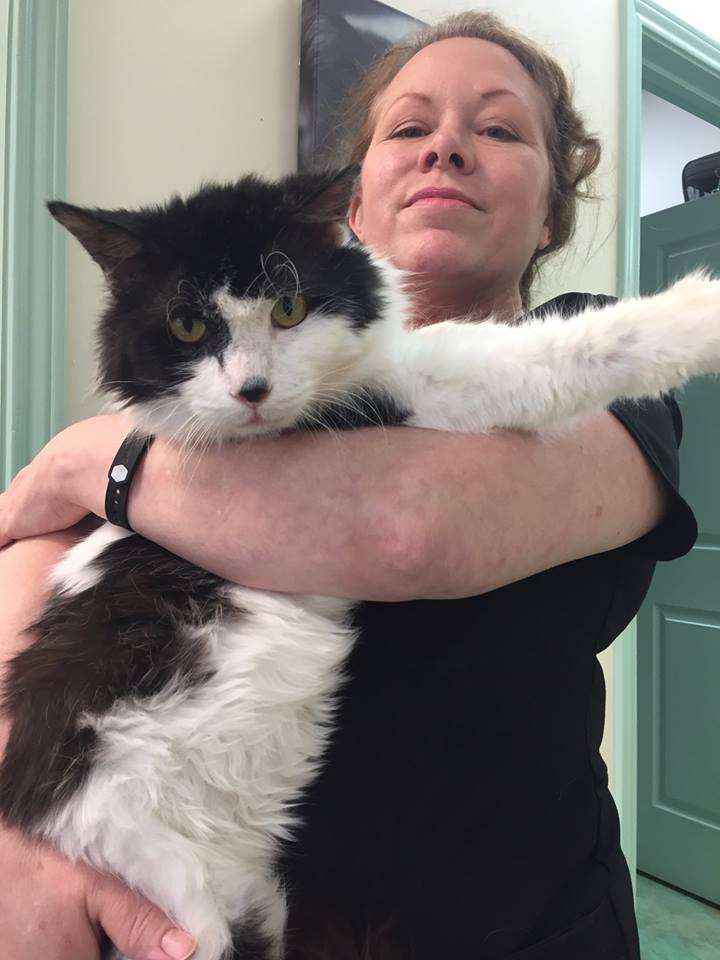 Samuel and Bryan hit it off immediately and Raines was pleased to see it. She was still nervous about things, but once she saw that Samuel likes Bryan, she knew she picked the right man. 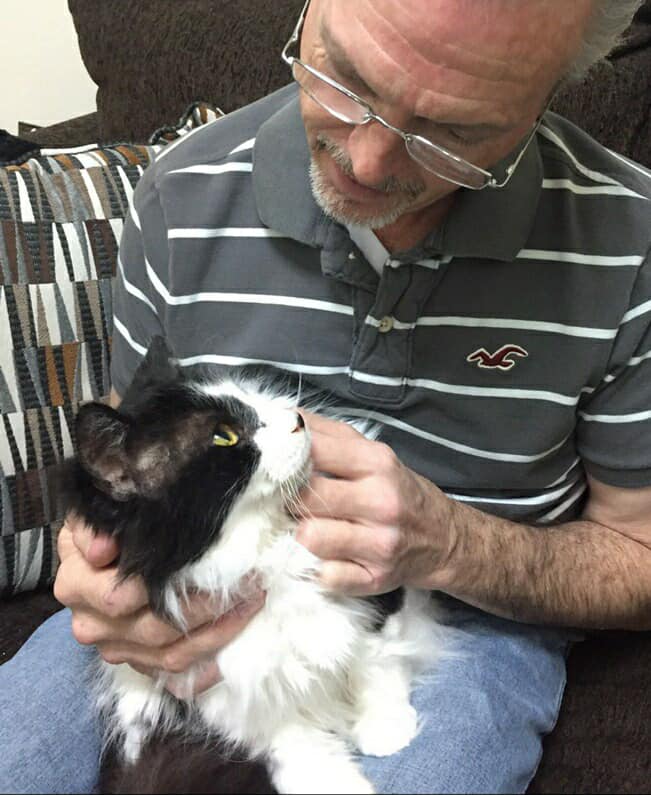 Samuel has been living with Bryan for over a year now and everything’s been going great. He loves his new life and has adjusted easily. After all he had to go through in his life, Samuel deserves some love and respect. 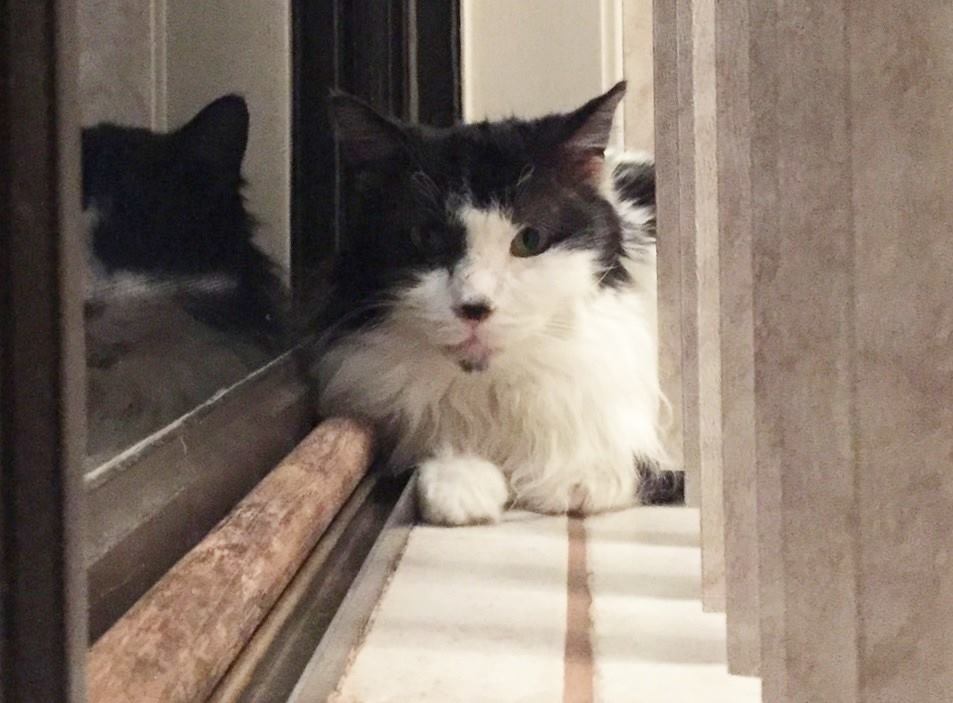