She Took A Chance And Picked Him Up, Snuggling In He Didn’t Move An Inch Until He Was Sound Asleep! 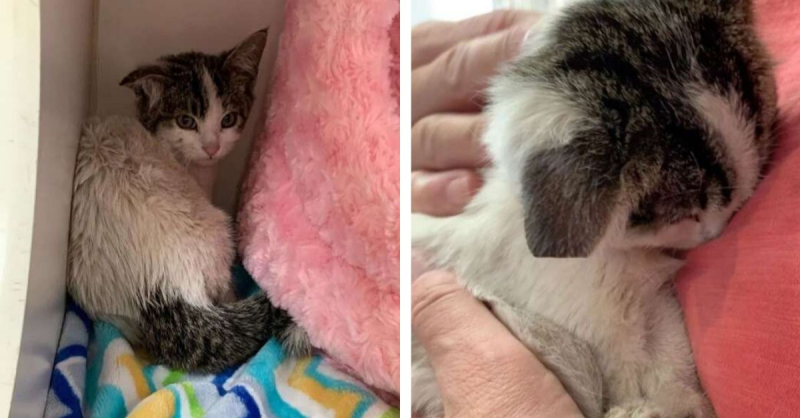 She saw him sitting on a porch, very wobbly on his feet, he snuggled right into his rescuer once he was picked up.

Out on the streets of Las Vegas, one day, Nikki Martinez and her husband were working on a TNR project when they saw a very wobbly kitten sitting on the front porch of a local property.

Wearing his gloves her husband was able to grab the lone kitten and bring him to safety. Soon they found his brothers and sisters who appeared to have very different demeanors to their wobbly sibling. 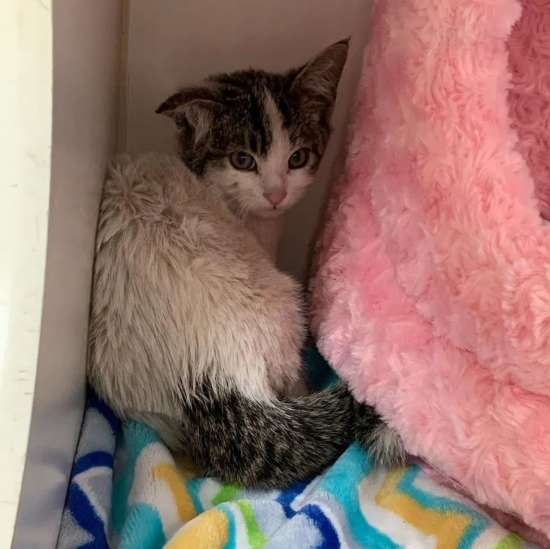 The smallest of the kittens in the litter, the wobbly kitten had sat there quietly while they hissed and spat at their rescuers.

The whole litter was taken to a feral vet clinic to be spayed, neutered and vaccinated. 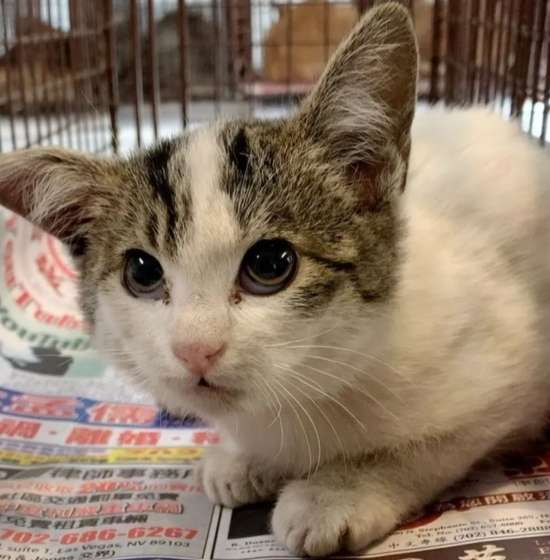 When Nikki came back to check on her latest rescue she saw the wobbly kitten was much calmer than before. Wanting to see if he would accept her she took him out of the crate.