Senior Cat Dedicates His Final Years To Helping Orphaned Kittens In Need, After Being Homeless All His Life 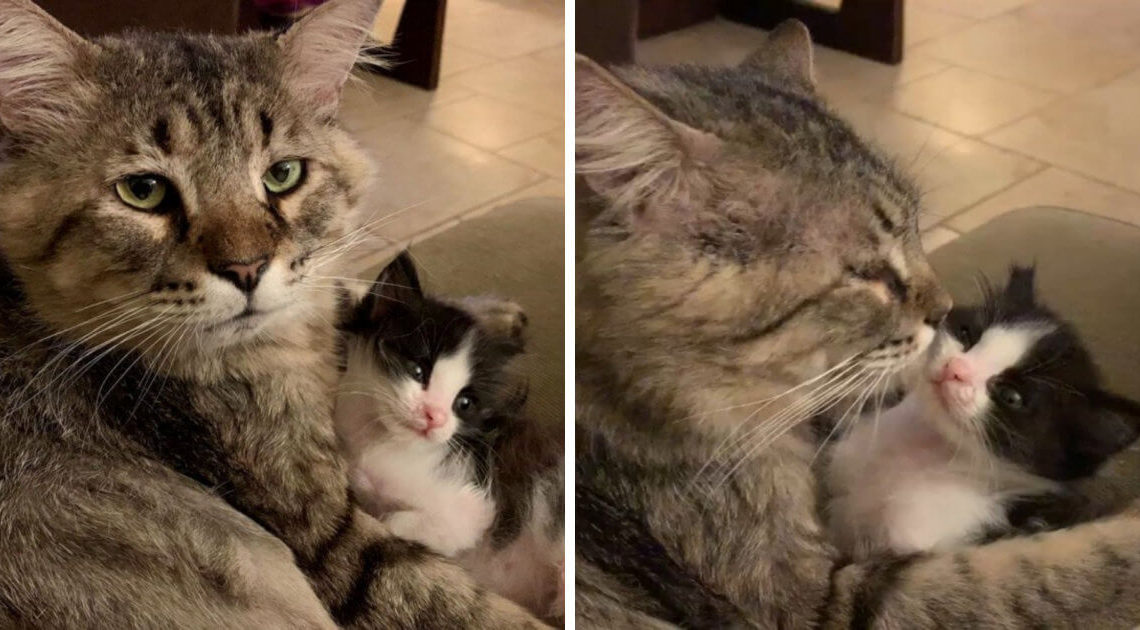 The world of cats is full of challenges. That is when they know they don’t have anyone to back them up, and they end up living alone on the streets day by day. No one cares about them nor lays their eyes on them. But they never give up on the hope that someday someone will mercifully grant their wish: to have a loving home. A poor 14-year-old male cat named Runt went through a lot of predicaments, but he now has become a surrogate father of orphaned kittens. Thanks to his human mom Emily Blythe, she has brought so many opportunities for Runt to rescue other poor kittens. 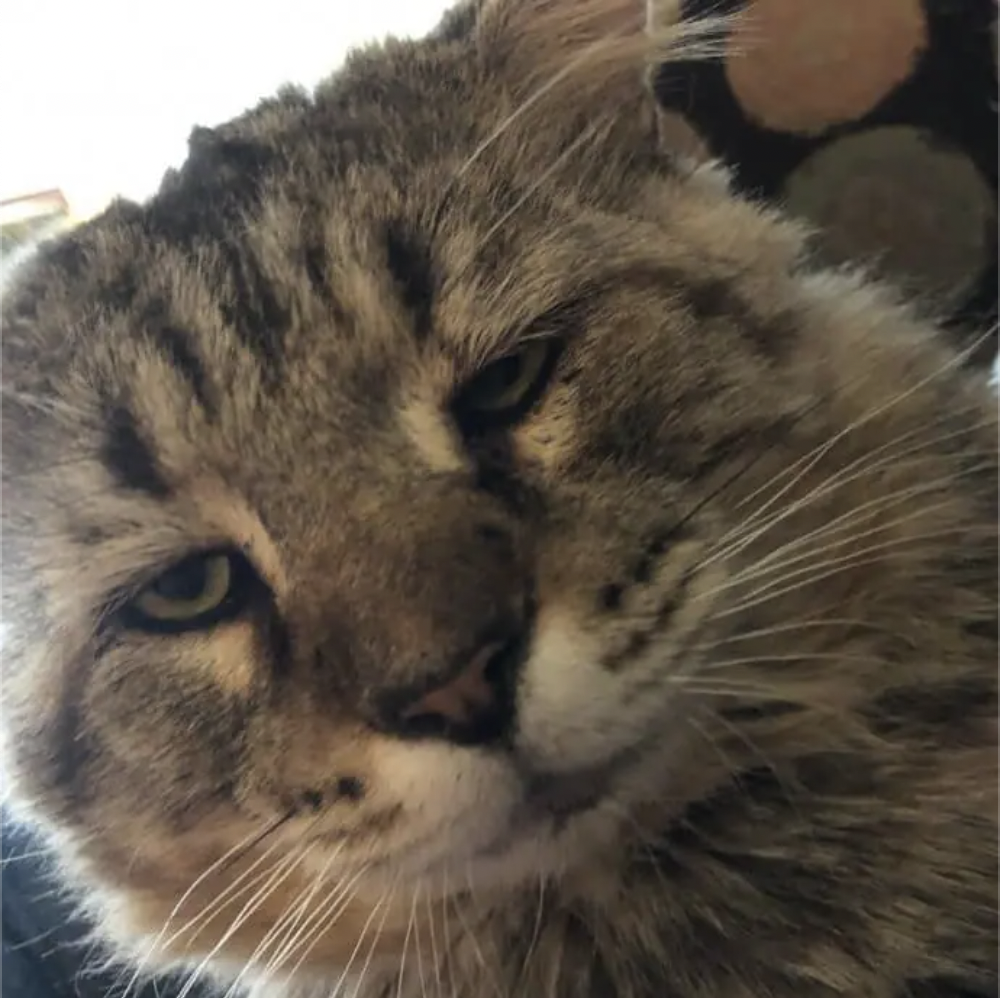 Blythe is one of the staff of Lake County Animal Shelter in Tavares, Florida. She has received and nurtured ownerless cats as a foster mom. Runt the senior cat was one of her foster kitties. The cat was spotted helpless and injured on the street. People told Blythe that the cat had spent his life wandering around the streets but nobody wanted to rescue him.

“He was underweight, had open wounds, and had a bad upper respiratory infection.” – Said Blythe. 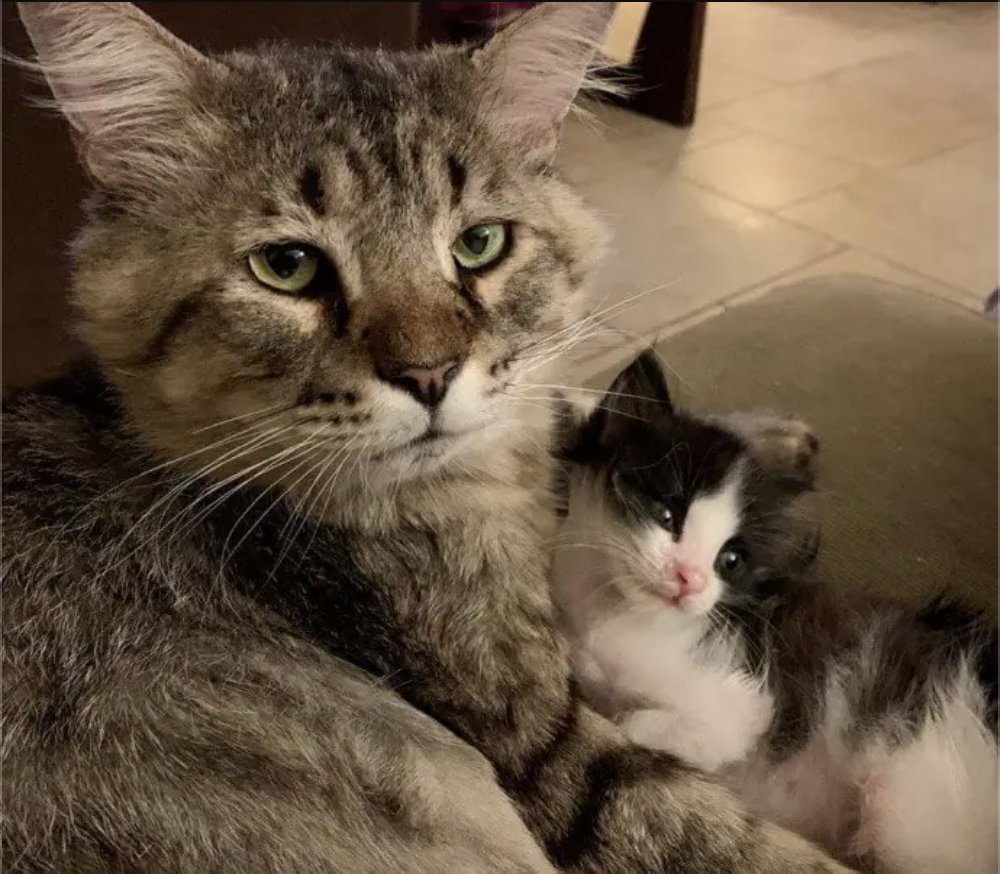 Luckily, Runt was getting better at the animal clinic for weeks, the old guy was ready to be in the foster home. Blythe volunteered to take the cat home to temporarily foster because she believed he would bond with her senior kitties at her home quickly. Stray cats are mostly known as being slow to acclimate when it comes to strange or new environments. Runt was maybe the exception. 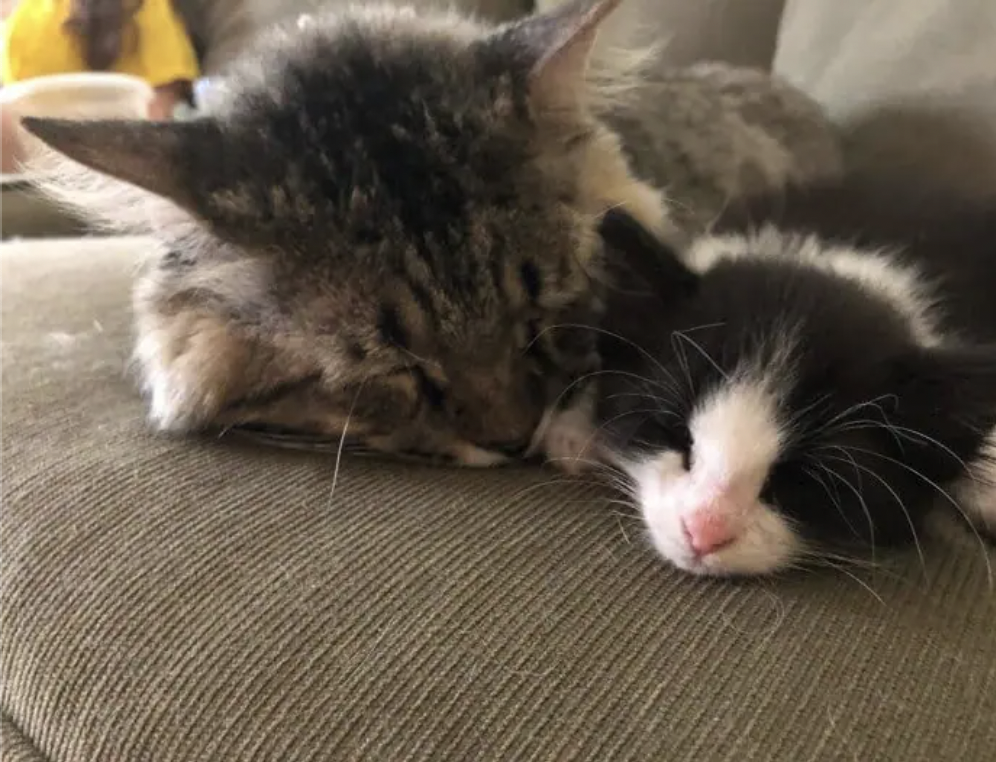 “He fit right in with my senior gang of cats. He seemed to blossom overnight.” – The woman said. 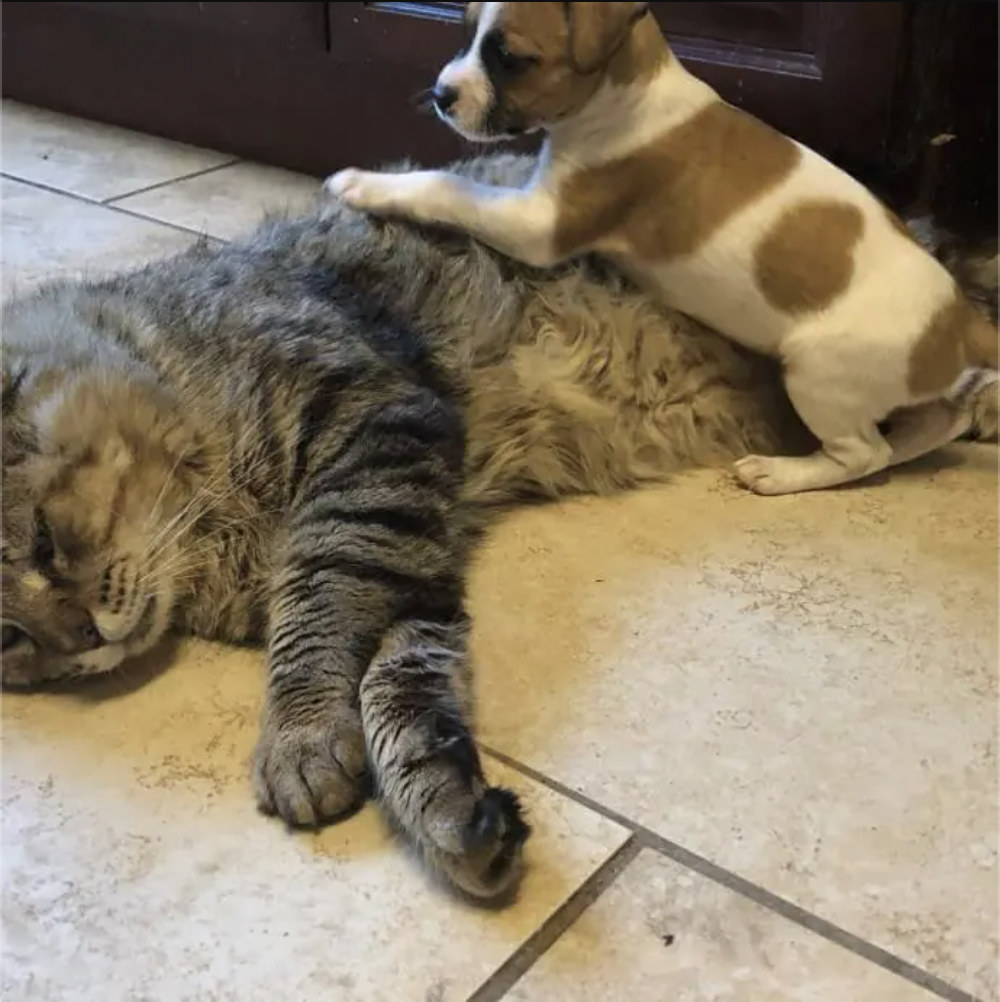 For the very first time in Runt’s life, the stray tabby kitty now has an official home. Blythe said she couldn’t take him to the shelter because he already belonged to the house. He feels comfy and content with a thing called home, where he has a warm place, good food, Blythe, and the senior cat siblings. 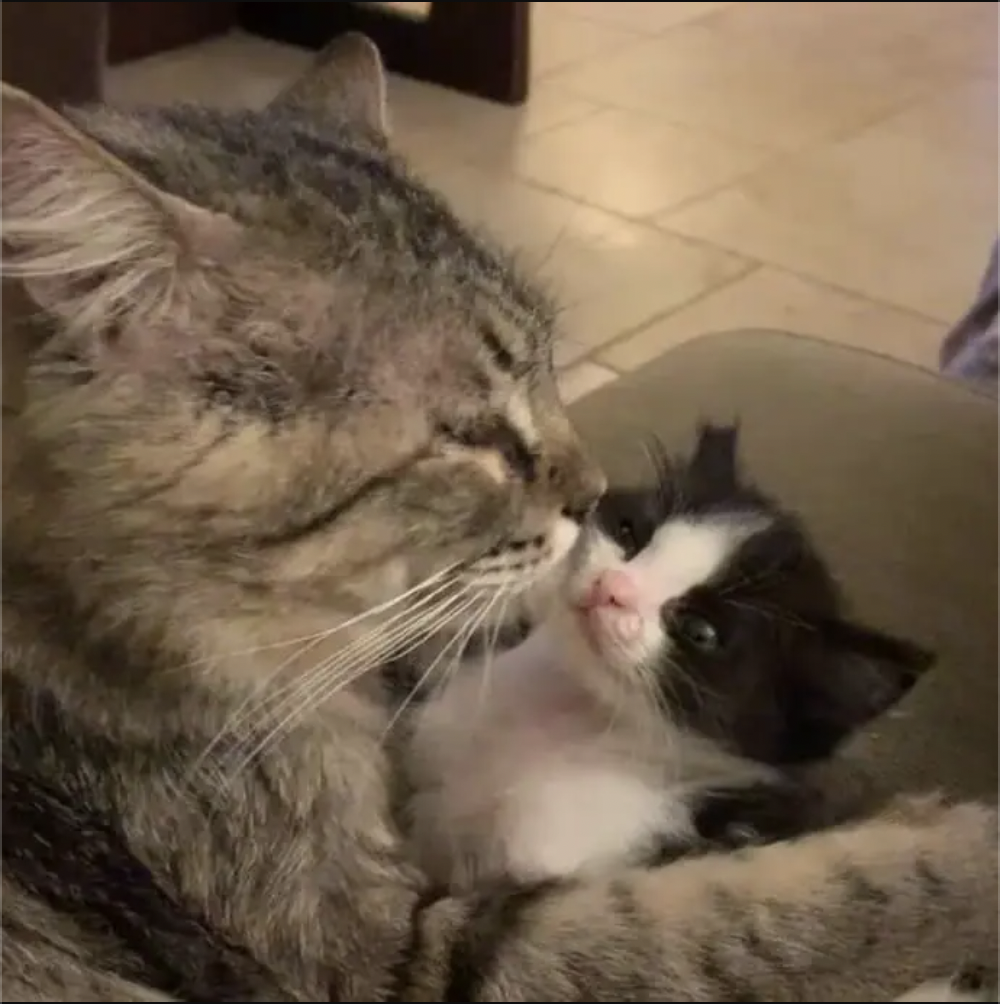 On top of that, to show gratitude to his human mom, Runt has run a ‘business’ of grooming and fostering other stray kittens. Blythe would have never known the parental instinct kicked in Runt if she didn’t bring a debilitated kitten home. 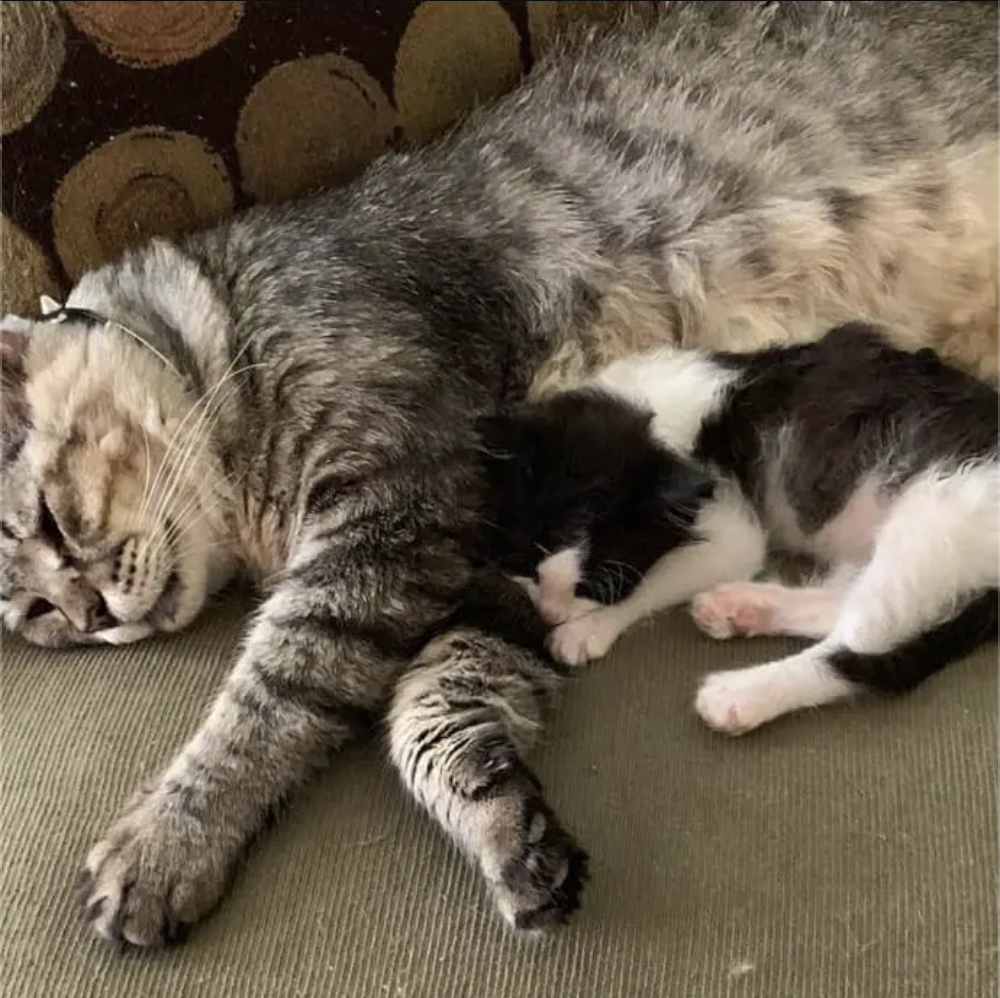 “I brought home a tiny kitten under a pound. I didn’t expect her to make it, but Runt took it upon himself to nurture and clean – almost like a mom – and she pulled through.” – Blythe explained. 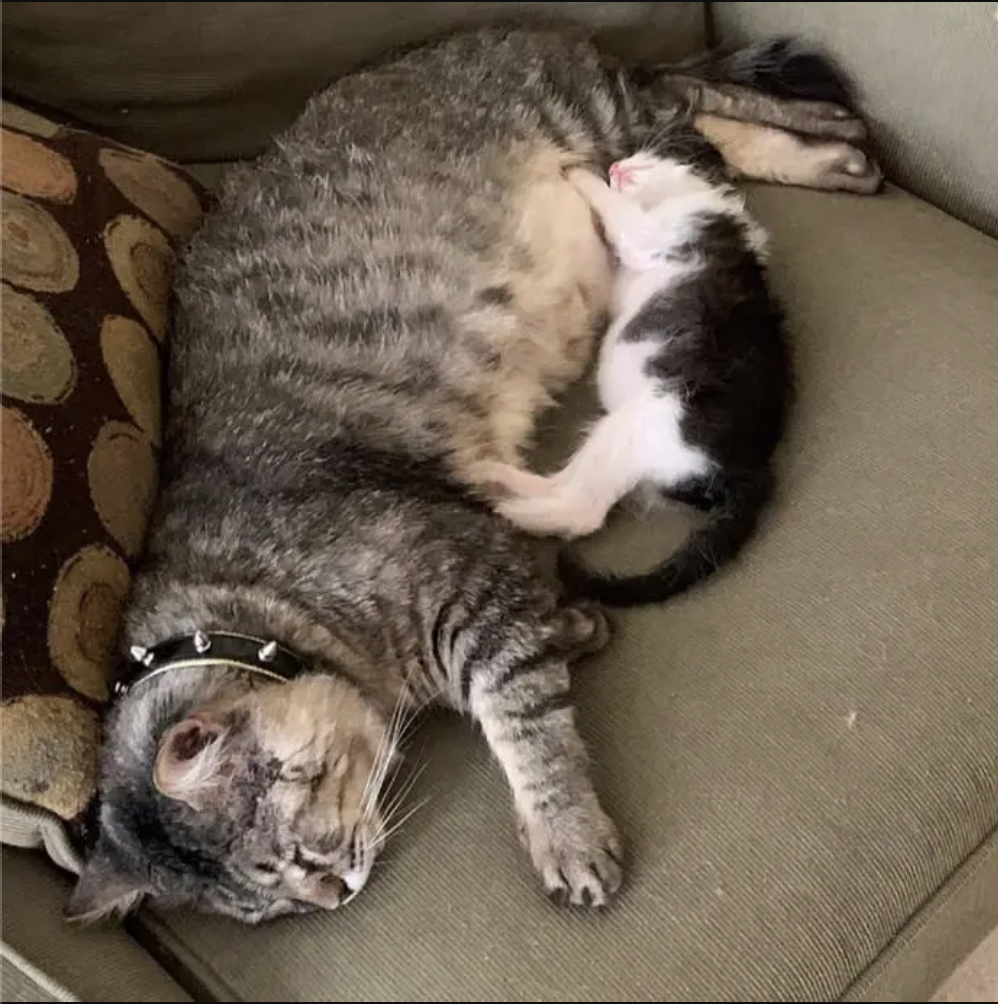 Being amazed at Runt’s fatherhood, the woman keeps giving kittens for the 14-year-old dad cat to look after. There are two little kittens, Dolly and Reece, also under Runt’s wing. Dolly the tuxedo kitty is fond of her surrogate dad, she is always seeking him for affection. 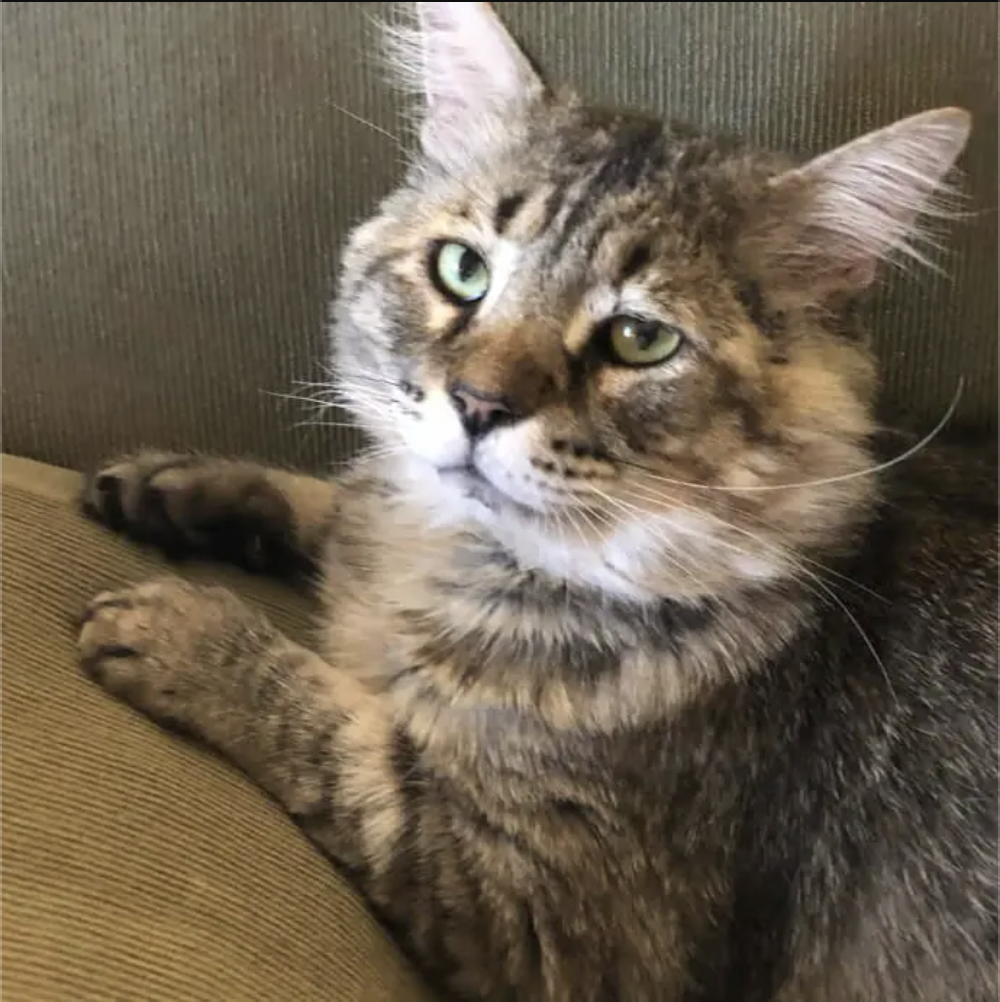 Runt is living to the fullest with a lot of orphaned kittens. Blythe is so kind and wonderful to accept him for who he is. There is nothing but love that can change the world. The woman usually updates Runt’s life on social media with his senior gang Sassy, Pixie, and Petunia. Let’s pray for a blessing life with Runt, the senior cat with unconditional love. 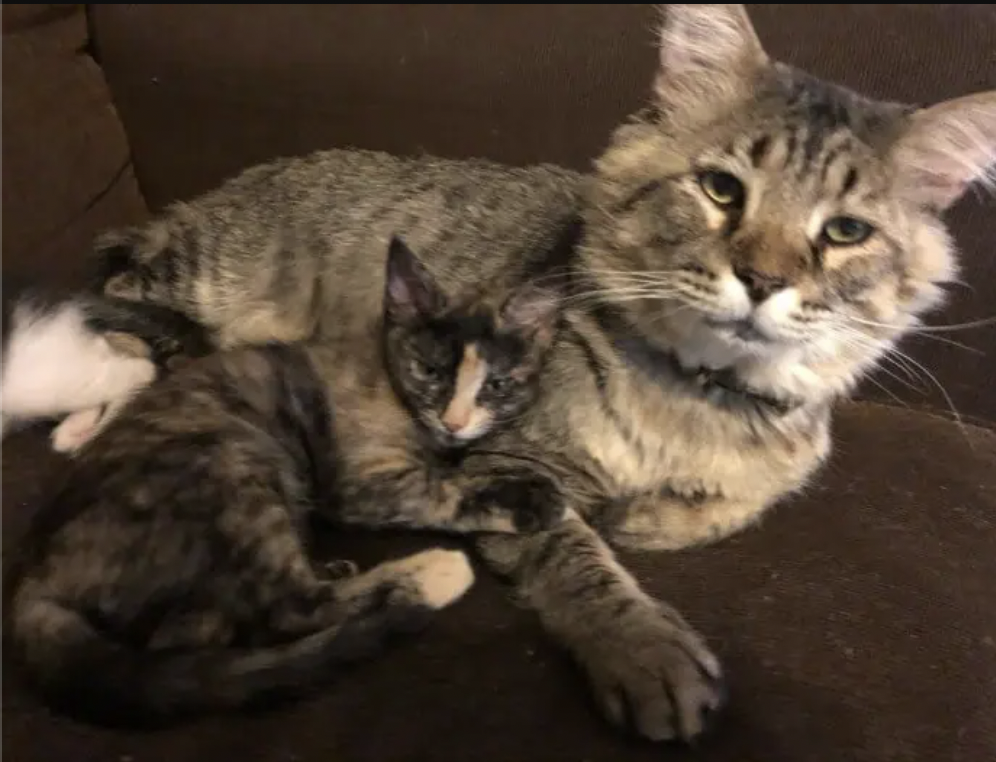