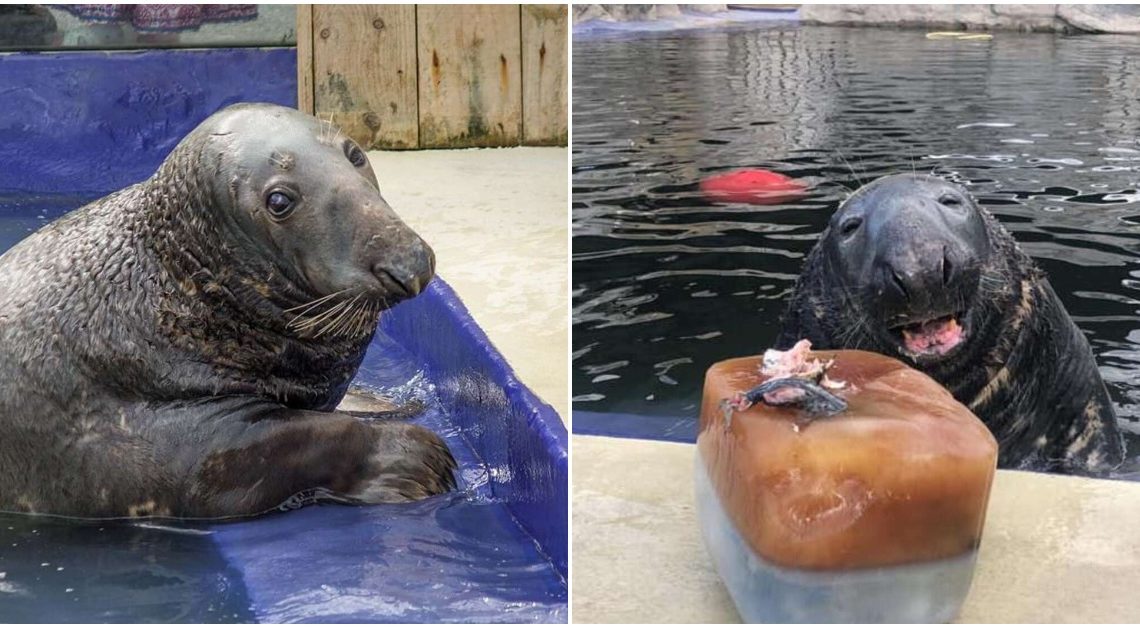 Meet Yulelogs — an energetic grey seal who will never say no to a snack.

Yulelogs spent his early years in a marine park in the north of England, before being released back into the wild. But after so much time in captivity, he had become used to humans doling out the treats.

Yulelogs was retrieved by the RSPCA three months after his release because worried members of the public complained that he was following people with buckets on the beach because he thought they held fish, according to the Cornish Seal Sanctuary on Facebook.

Yulelogs was taken in by the Cornish Seal Sanctuary, and has lived there happily ever since. In the wild, male grey seals tend to live to be around 25 years old, but recently Yulelogs celebrated his 31st birthday. 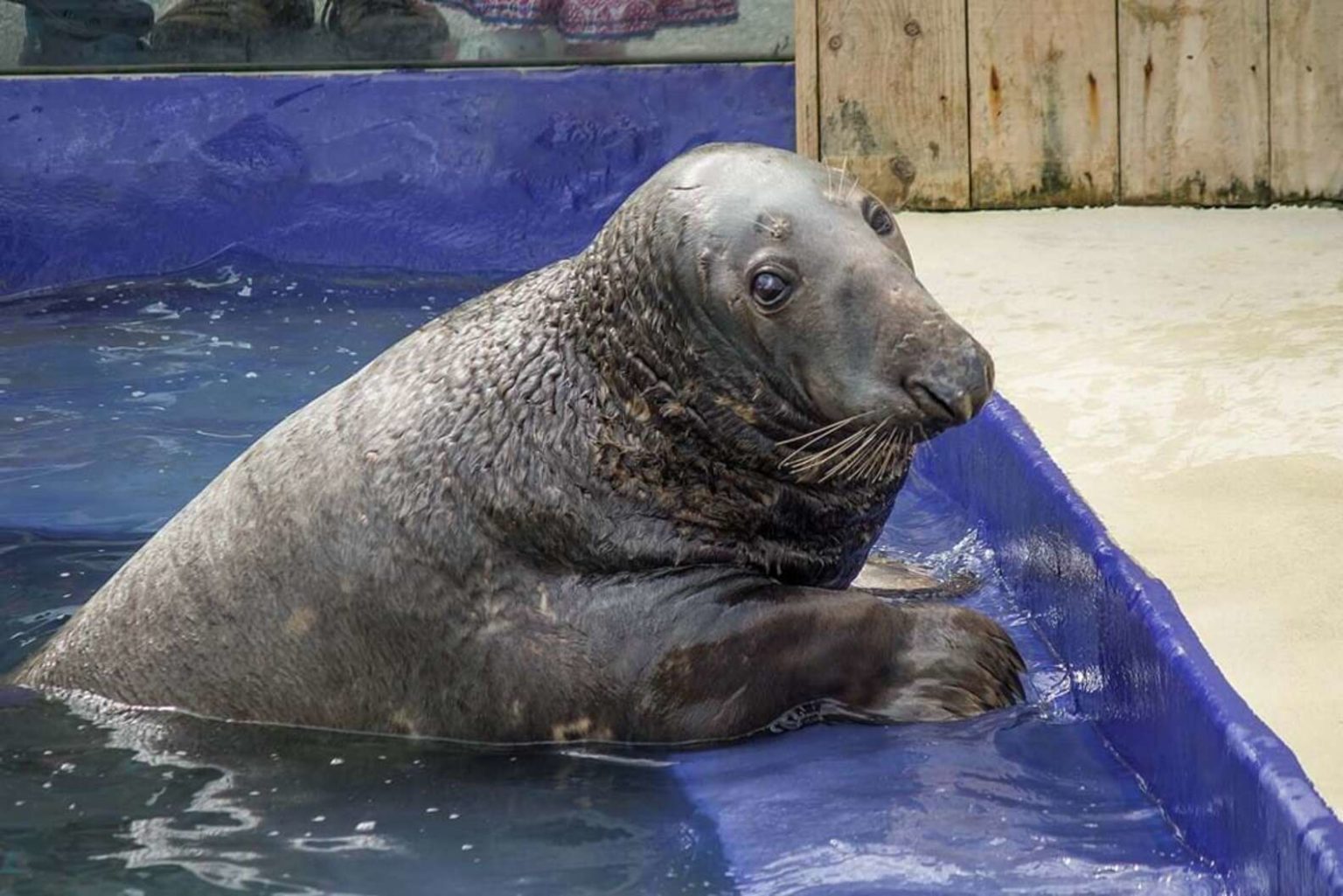 The sanctuary presented him with a unique gift to commemorate the occasion: an ice cake loaded with fish. 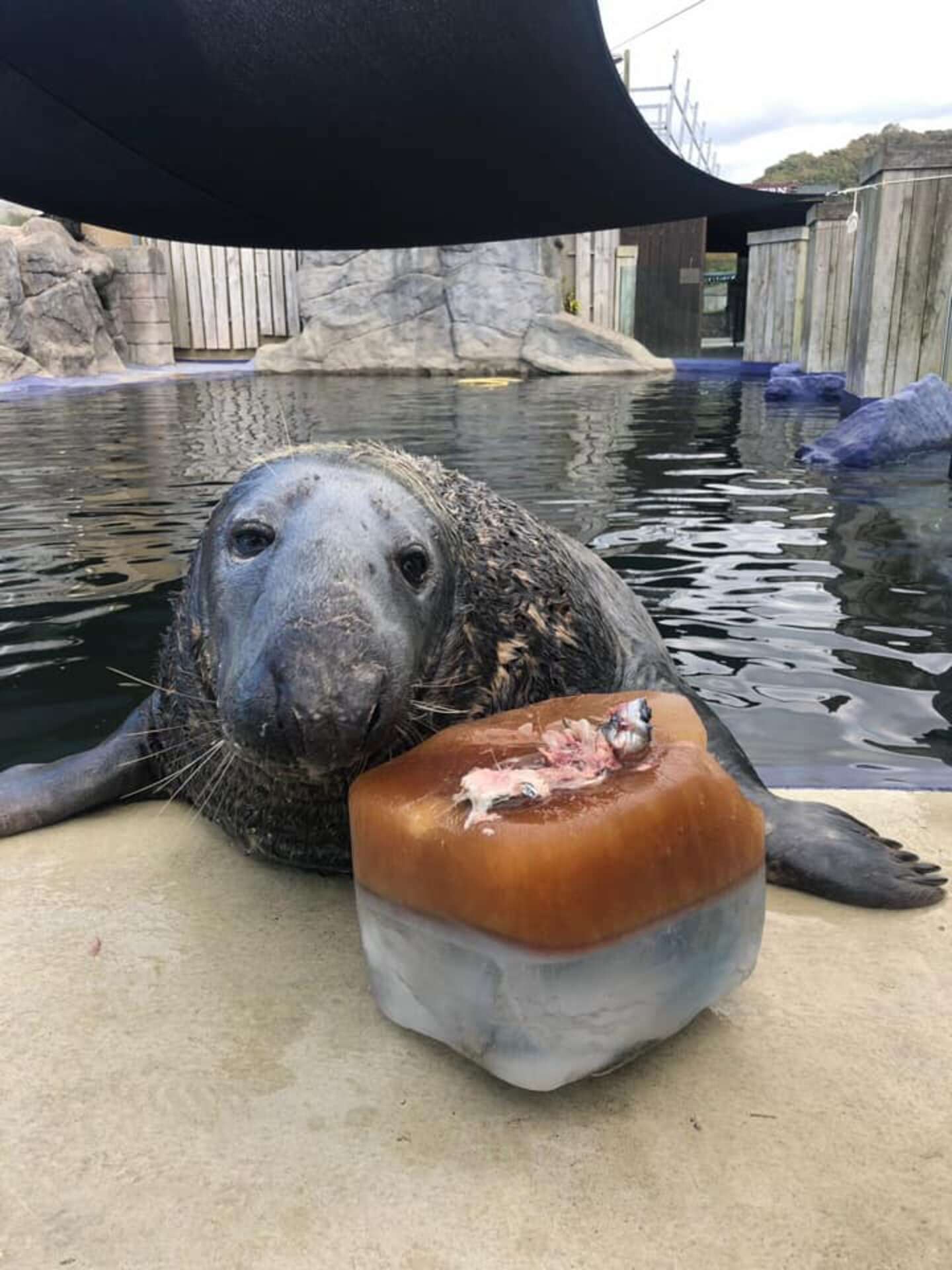 Yulelogs was thrilled — and he wasn’t afraid to show it. 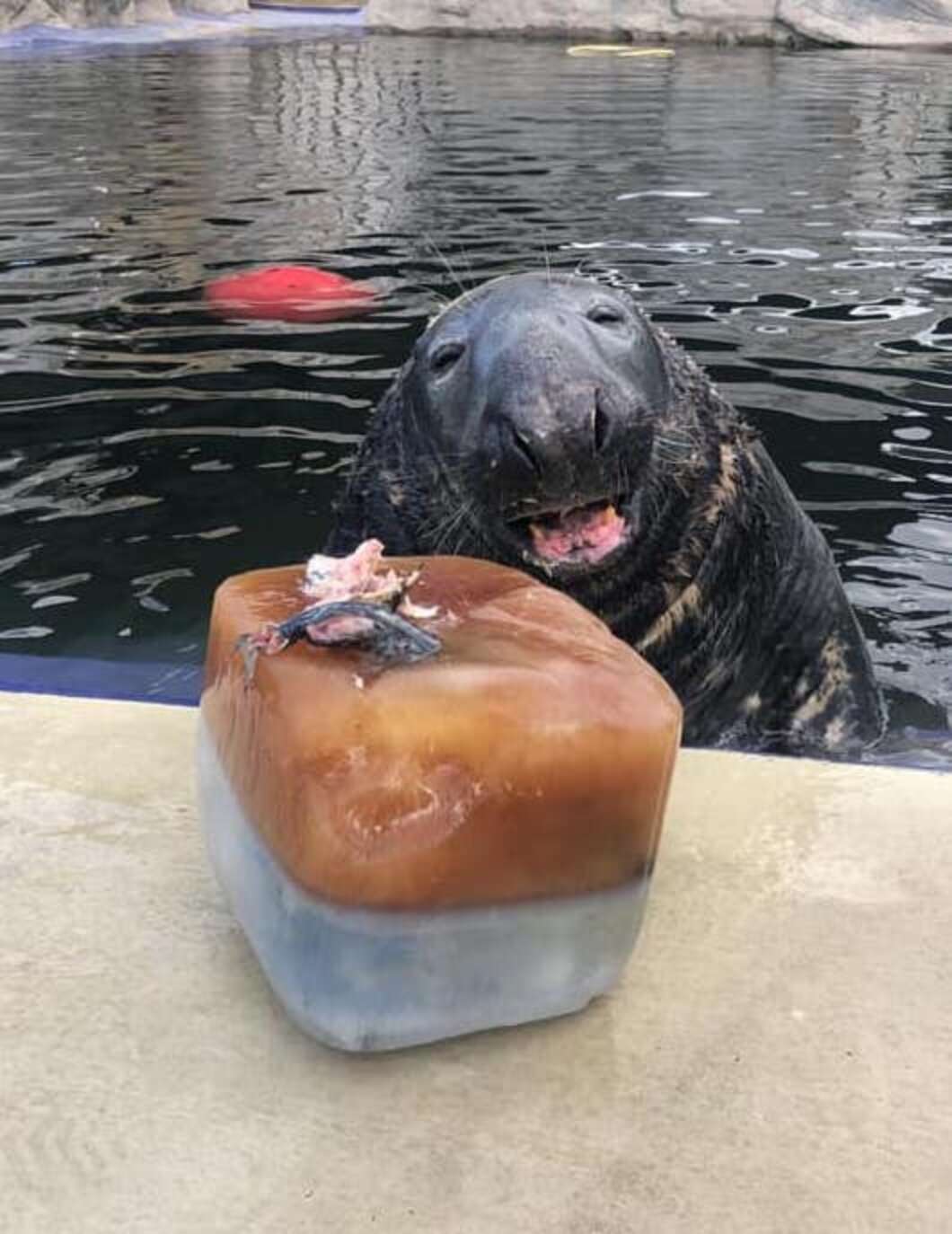 “Yulelogs absolutely loved his birthday cake,” Georgina Shannon, the marketing and media coordinator for the sanctuary, told The Dodo. “It’s a great form of enrichment for him also as it requires a bit of thinking on how to get the fish out of the cake!” 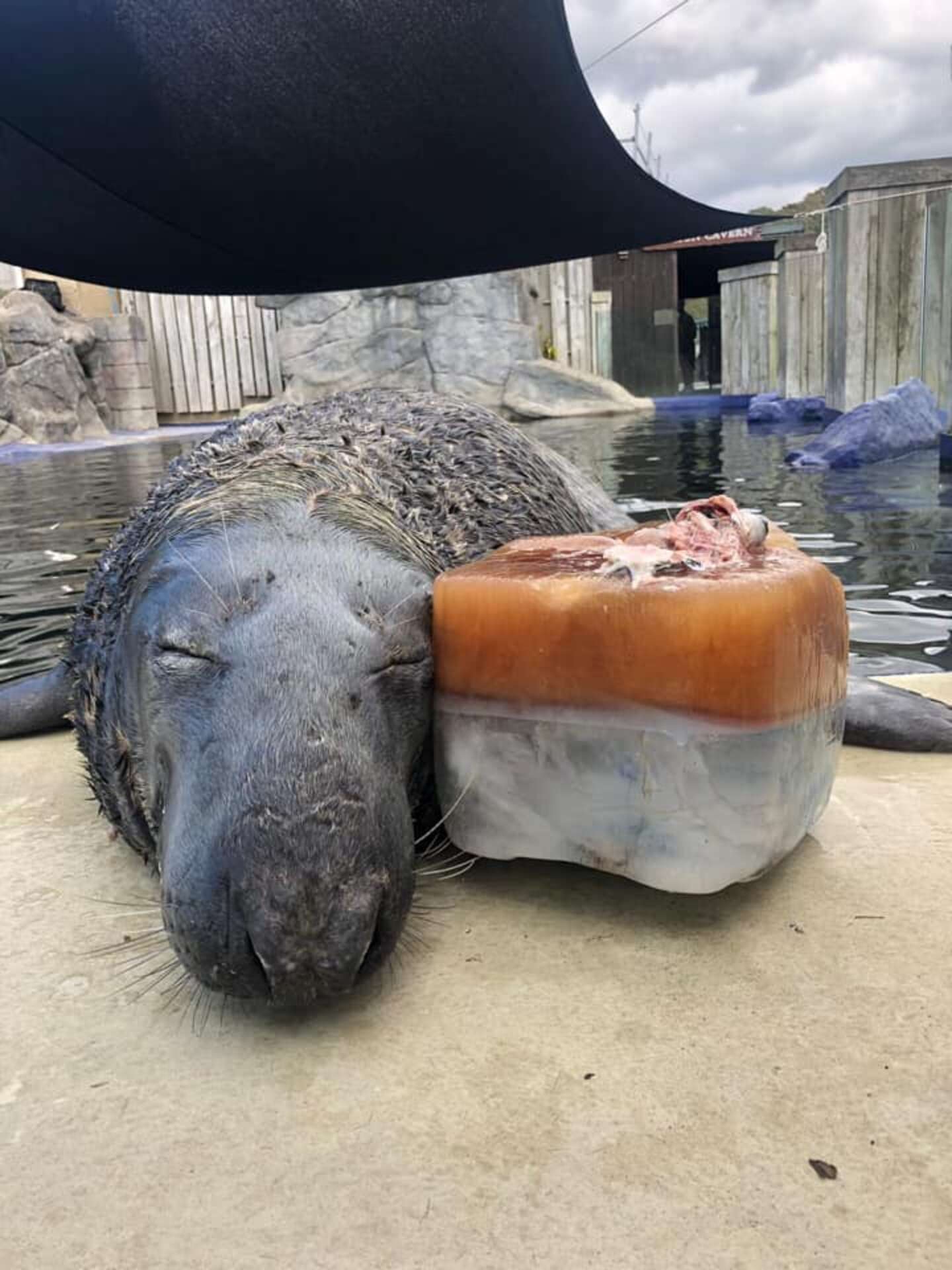 The birthday party not only made Yulelogs happy, but cheered up his carers as well.

“It’s been an incredibly tough few months at the sanctuary and for everyone due to COVID-19,” Shannon said. “So it was just really nice to have a moment of celebration.”