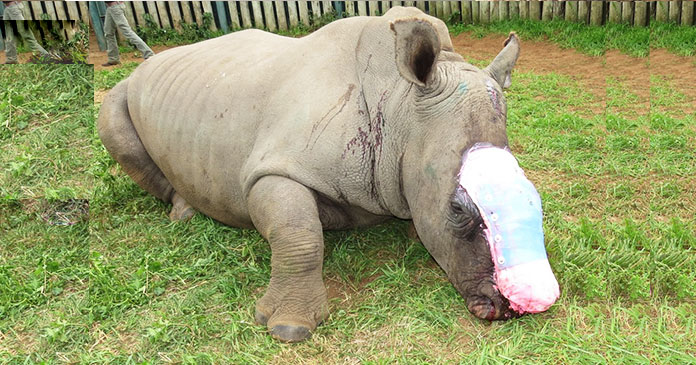 Greed for money makes people behave in such a manner that they can go to any extent. Illegal poaching is the result of more and more greed. People torture animals for their selfish motives.

Seha, the rhino suffered due to the greed of the people. He was attacked by the poachers in South Africa and left to die.

The rhino was found on a game reserve in the North West province where he and four other rhinos were left for dead by poachers.

The meaning of his name, which is short for Sehawukele, is “have mercy on us” in Zulu. Luckily the 12-year-old white rhino bull was the only survivor of the attack in September 2016 and he was left in a pool of blood-fighting for his life. 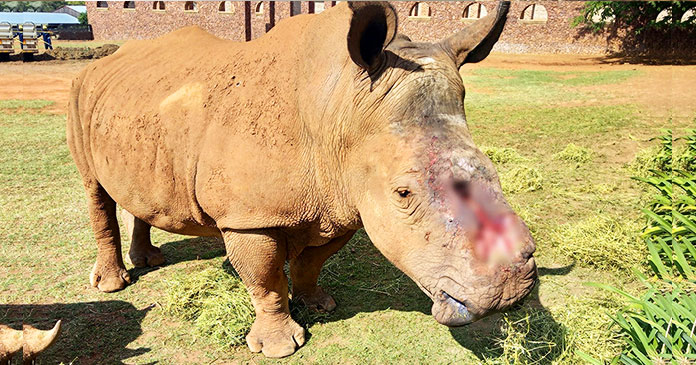 The staff at Saving the Survivors which is an organization dedicated to looking after injured wildlife victims of poaching convinced their owner to let them try and save the rhino. The condition of the rhino was not good so the owner wanted to put him down.

So Seha was transported to a secure facility where he was treated. And after five years of the attack, Seha sired a calf named Daniel.

Dorota Ladosz who is a veterinary assistant at the organization said that Seha suffered a great horror as the poachers were armed with weapons and he was very lucky to survive the attack.

Rhino’s horn is regarded as gray gold in the black market. So the poachers who attacked Seha wanted to get every piece of the horn. The horn was ripped out of his head, gouging out his facial bones and exposing his sinuses. 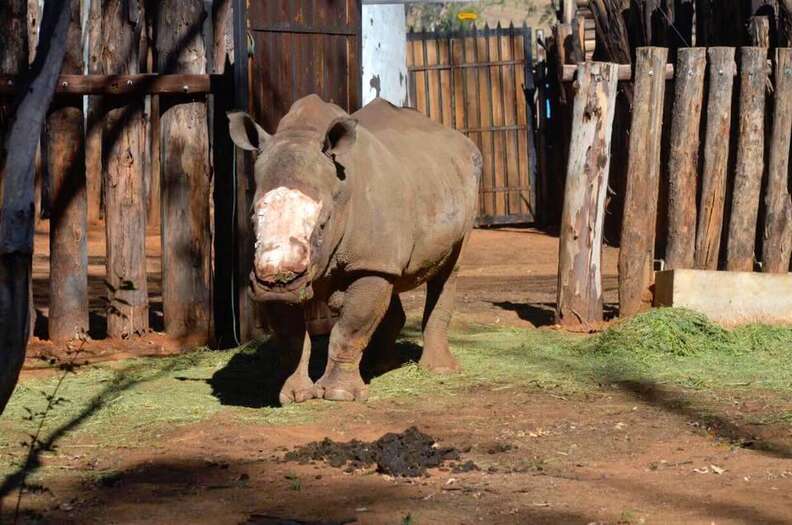 His treatment was started by Dr. Marais. Over the years, Seha had undergone many treatments and he has shown remarkable resolve and courage to survive.

It was Seha’s fighting spirit that he survived. We are thankful to the veterinarians who helped and treated Seha. Such brutal acts of poaching need to be stopped and harsh punishment should be given to those who are found guilty.