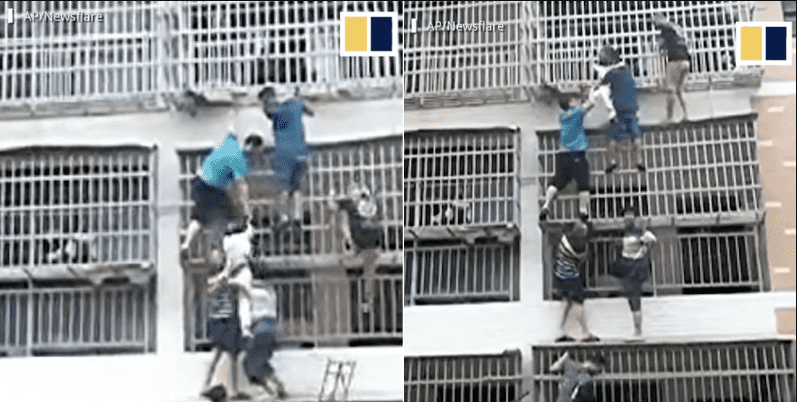 Proving that unity is strength, a group of local residents sprung into action the moment they saw that two little girls were desperately in need of their help. The young girls were all alone inside the apartment in southern China when a fire began and put the children’s lives in danger. To safely rescue both of them, the concerned residents formed a human ladder to bring the girls down one by one.

According to Yahoo! TV, the incident took place in southern China on August 5, 2021. The fire started after their mother left the children all alone inside their apartment, which is reportedly on the second floor of the building in the city of Yongzhou in Hunan Province. With no adult supervision around, the two girls, aged 4 and 6, got their hands on a lighter and began playing with it. At some point, the fire began and trapped the two girls inside the apartment. 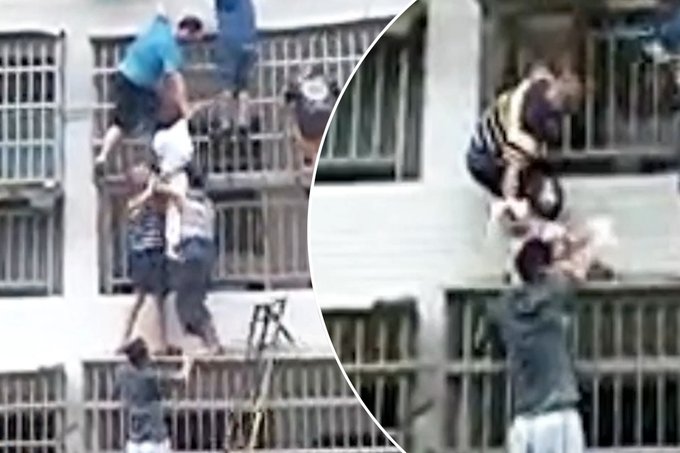 Residents, who saw the frightening incident unfold, immediately rushed to help the little girls in danger. Around six men climbed onto the outer wall of the building and formed a human ladder to scale up the building until they reached the apartment. Carefully, the residents brought the little girls down. Firefighters also arrived at the scene, and it took about 12 minutes to quell the apartment fire.

Thankfully, the girls made it out of the incident without any harm. The South China Morning Post shared the video on Facebook with the caption: “Six people in China formed a human ladder to rescue two girls who were trapped in a burning flat.”

While some reports say that the apartment was located on the second floor, Trending in China said the apartment was on the third floor, according to their Facebook post. Some reports also say that the blaze started after mosquito coils caught fire. “In Xintian, Hunan, a building caught fire on the 3rd floor, and two little girls were trapped at home,” read the caption. “Six men climbed the wall with their bare hands to build a human ladder, rescued the children out of the window, and transported them to the ground.”

Praises flooded in the comments section after South China Morning Post shared the video of Facebook. It received more than 147,000 views so far, and plenty of people praised the heroic residents for rushing to save the girls. “This is what real superheroes look like. No spiderweb. No rocket suit. No capes. No snarky quips. Just ordinary people in their ordinary clothes banding together to save lives on an ordinary day. Extraordinary,” said one comment.

Another comment said, “Bravo. That is a great representation of the people’s good heart. Thank You for keeping faith in our humanity.” “The residents deserve a praise, and the firefighters deserve a raise,” wrote one user. Several pointed out that it was wrong to have left the children alone by themselves in the first place. “Those people were good Samaritans. However young children shouldn’t be left at home alone, not even for a few mins because anything can happen in split seconds,” said one comment.

Another asked: “When will caregivers learn not to leave young kids alone at home?”