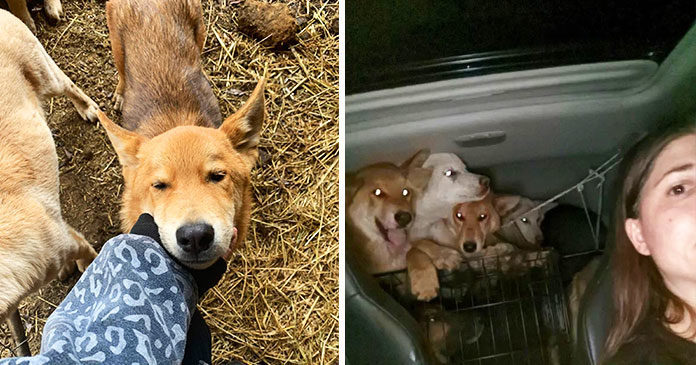 For some people, the life of animals matters a lot. They go above and beyond to help them. For this rescuer, she never expected that her house would be full of large puppies just before Christmas.

No sooner did the rescuer get the message to come and save the nine dogs than she drove to where they were dumped and she put all of them into her hatchback. 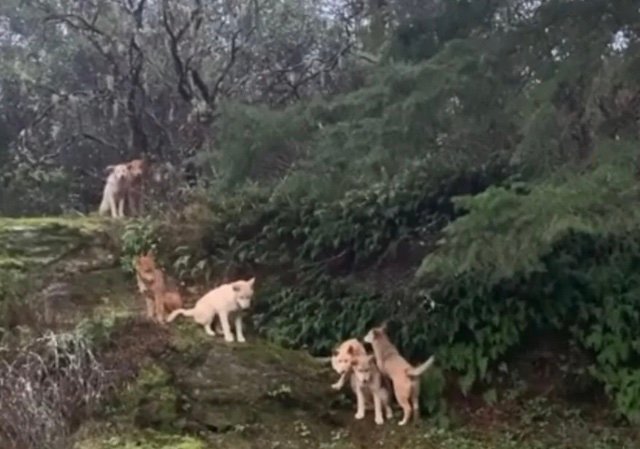 The rescuer Redditor LostWingnut posted a very heartwarming video showing the chaos that the dogs created inside her home when they came to meet her four dogs. She wrote in the video, she just picked some dogs that were dumped on a mountain highway…. And they created chaos in her house.

After the video went viral, the people asked the LostWingnut about the rescue. She said that the nine puppies were spotted about six weeks ago. At that time when the rescuers went to find them, they vanished into the forest. Again when they were seen on the highway, she was contacted. 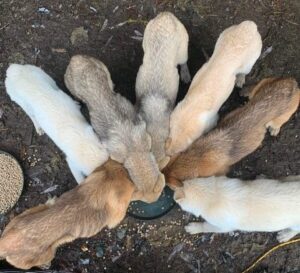 She further said that she was contacted as the animal control wanted to put them down. The shelters were full so they could not give shelter to these dogs. She explained that she was usually contacted when there was no other option left. The animals were mostly in life and death situation and nothing was left to get out of it then.

Unfortunately, before she reached the place, two puppies were hit by cars and they died. The remaining seven were rescued by LostWingnut. She lured them to her car. 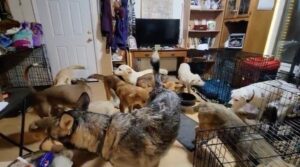 After getting them into the car, they were taken to her friend’s house. Then she took them to her house. It was not an easy task as it was three hours drive. The seven puppies were very healthy. Only they were having the ticks on them and she managed to pull off a million ticks.

Of the seven, two puppies had found their home and one LostWingnut had decided to adopt. The white dog had won her heart.

The rescue made by her was really very great. The puppies were very lucky to have someone like her to look after them.