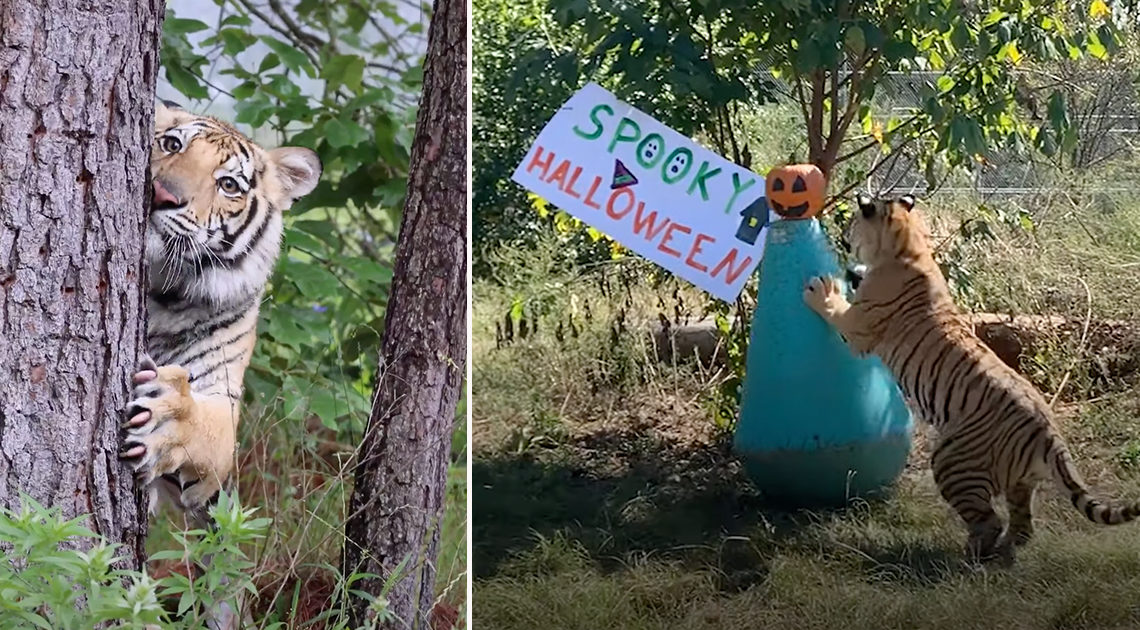 Recently, two tigers, Elsa and India, found sanctuary at the Humane Society’s Black Beauty Ranch, founded in 1979 in Murchison, Texas. There, tigers and almost a thousand other animals have permanent, safe homes at one of the largest US sanctuaries. Over 40 species at the ranch are victims of the wildlife pet trade.

Unfortunately, wild animals like tigers are still available in some states with no uniform regulation. However, the Humane Society hopes public support for the Big Cat Public Safety Act will soon change all that. So far, it has passed the House with bipartisan support and awaits passage by the US Senate after being reintroduced. 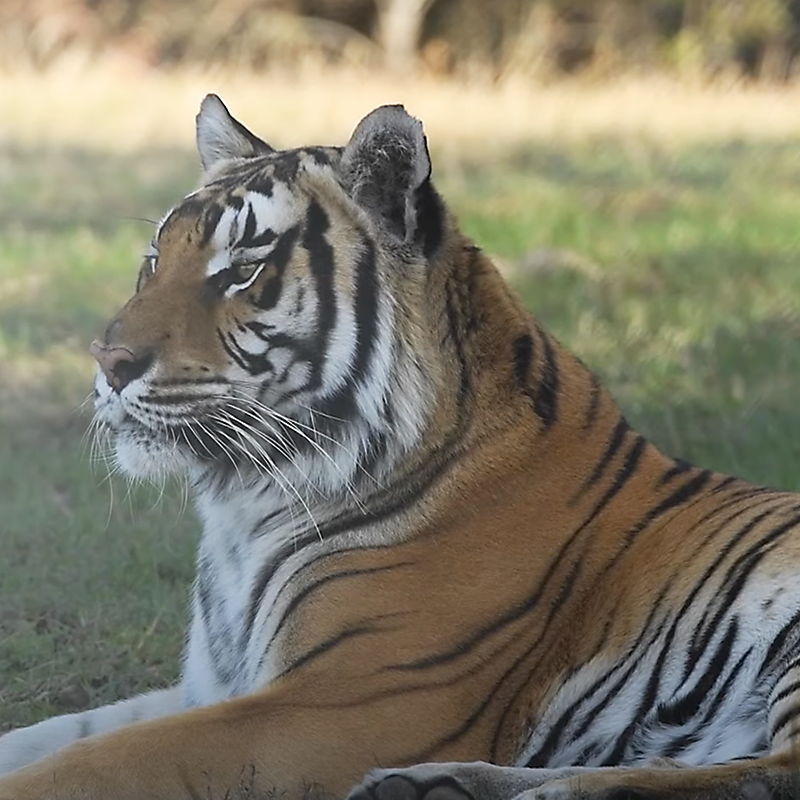 Officials called the first tiger Elsa after the protagonist from the cartoon film Frozen. According to the Bexar County Sheriff’s Office, the 60-pound tiger was found imprisoned in a San Antonio home’s backyard in exceedingly exceptionally frigid conditions when he was six months old. Someone had kept her as a “pet” and she was wearing a dog harness.

Thankfully, Elsa would be able to live a life more like to that of a wild tiger at the Black Beauty Ranch. 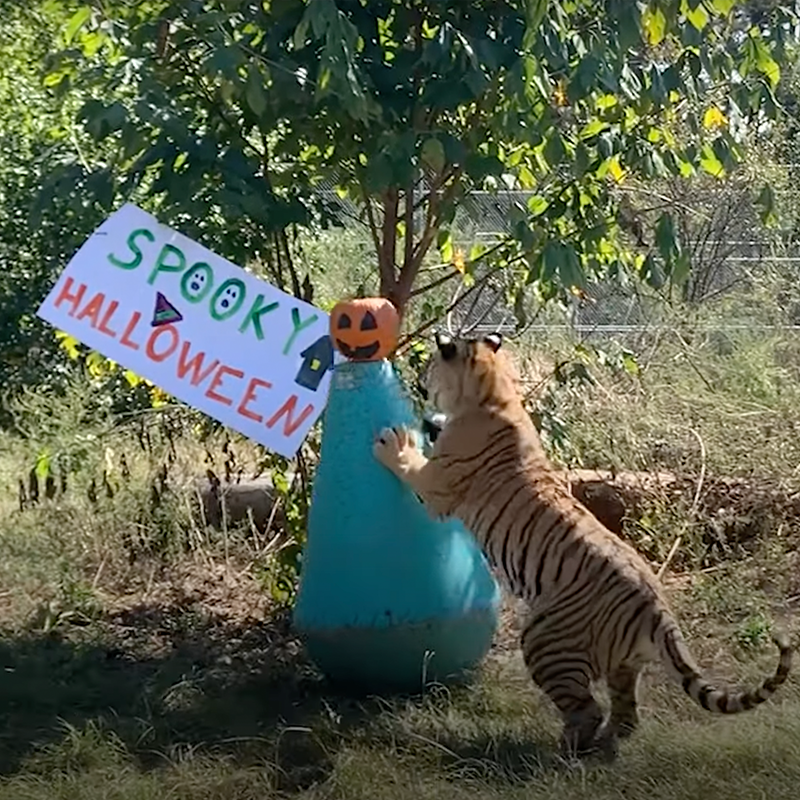 “Elsa is a rambunctious young wild animal and appears to be playful and active. Sadly, she spent her first few months of life as someone’s pet,” stated Noelle Almrud, senior director of Black Beauty.

“The dog harness she was wearing is a harsh reminder of the unnatural life wild animals are forced to endure in captivity. Elsa has a raw area on her forehead from rubbing on her cage from stress and fur missing where the harness once was. She was on an inappropriate diet that would have caused severe health damage, but luckily, we got her early enough and will be able to remedy that. We expect her to quickly acclimate to her large, natural habitat and start behaving more like a tiger than a pet. We will provide everything she needs to have all of her physical and emotional needs met and give her the fairytale ending she deserves.”

After her recovery, Elsa would enjoy a habitat alongside Loki; a tiger saved in 2019. Sadly, someone locked the enormous Loki in a small cage in an abandoned Houston home.

Video from the Humane Society:

Elsa reached 100 pounds within months after her arrival, and on October 21, 2021, she celebrated her one birthday at Black Beauty Ranch with goodies.

She was then ready to go to a large enclosure complete with a pool, waterfall, hammock, trees, and enrichment toys.

“She appeared pleased with herself after she worked it out.” She enjoys rolling about in the grass, swimming, and splashing around in the water with her favorite enrichment ball. Her feisty, inquisitive, and clever attitude has emerged as she has become more confident. “Her days as a pet on a leash are long gone, and she will never have to worry about anything again,” Almrud told PEOPLE. 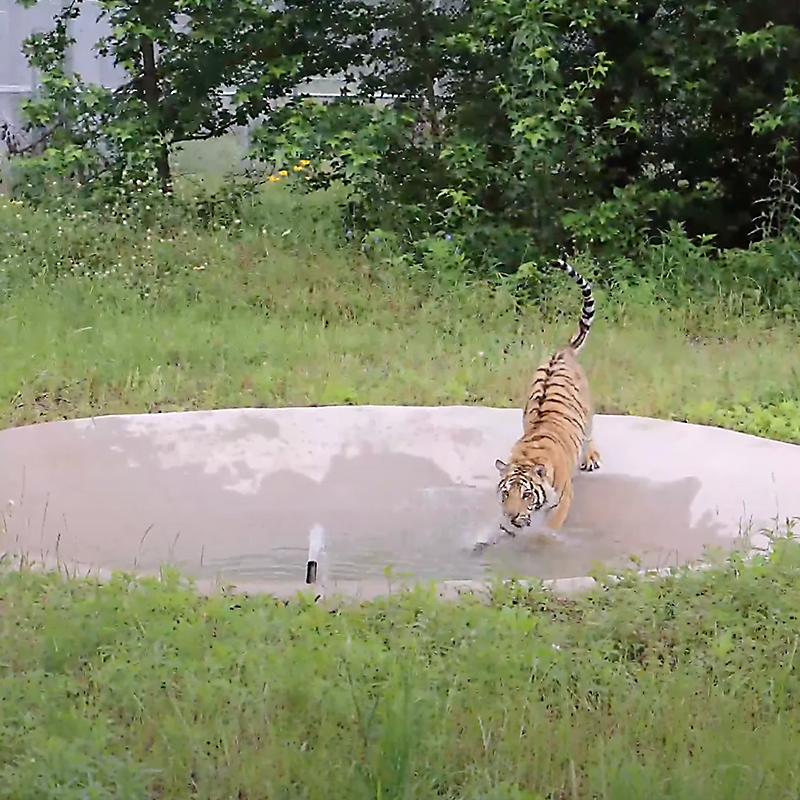 Just three months after Elsa arrived at Black Beauty Ranch, another tiger named India found refuge there. This time, the tiger was 9-months-old and running loose in a Houston neighborhood for nearly a week, a situation that could easily have ended in tragedy. The tiger was wearing a collar and caught on video by neighbors. Then, an off-duty sheriff’s deputy encountered India before someone put him in a vehicle and drove away. 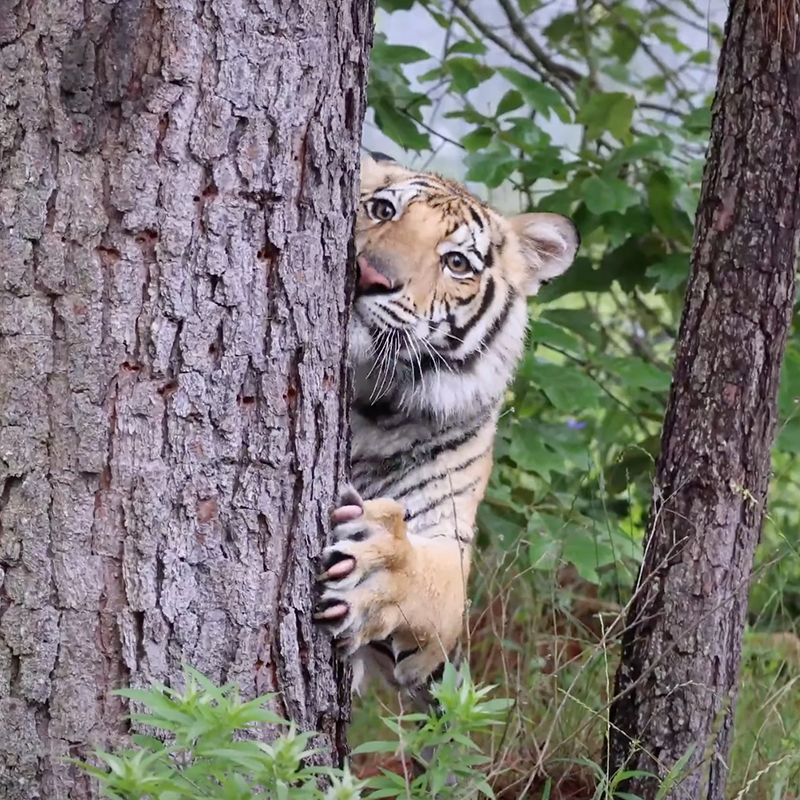 Soon afterward, India’s “owners” surrendered the tiger to authorities, and nobody was harmed.

In Houston, it’s illegal to own a tiger but still legal in the surrounding county under strict rules and guidelines. According to NBC, those rules include holding $100,000 of insurance and keeping the tiger at least 1,000 feet from homes, schools, or child facilities.

Once again, India and the people around him were extremely fortunate because he arrived at Black Beauty Ranch without further incident. There, he would enjoy a huge enclosure similar to Elsa, with a pool and wooded area for himself. After some time, the tigers can revert to more of their wild behaviors.

Hopefully soon, the Big Cat Public Safety Act will pass the Senate so that tigers like Elsa, India, and Loki won’t require rescue in the first place. However, it’s wonderful to see that caring people at Black Beauty Ranch have given them forever homes where they can live more like tigers and not as dangerous mistreated pets.

See India in his huge enclosure via KETK NBC: