Python Successfully Rescued After Getting Stuck In Man’s Drain Pipe 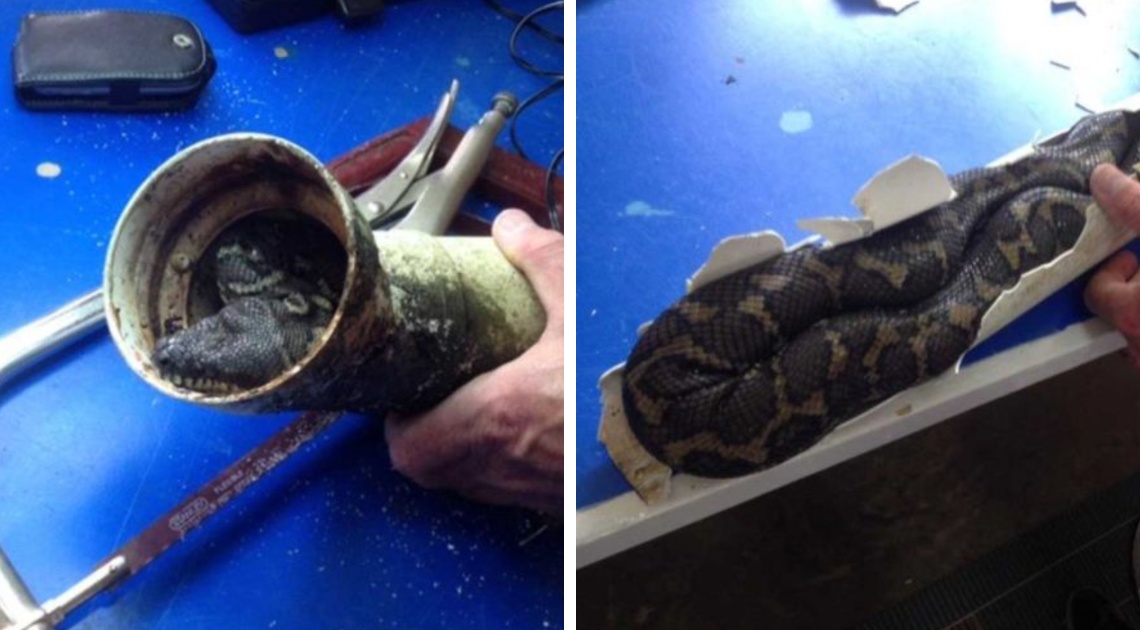 Snakes are fascinating creatures. Their anatomy and biology are extremely unique in the animal kingdom. They have the ability to bend and coil very tightly, which is perfect for the way they hunt and live. These anatomical characteristics can get them into trouble from time to time however. Snakes can invade homes and get into very tight spaces. This makes finding them and removing them a real struggle sometimes. Well when a house in Northern Rivers town of Clune in Australia was having its pipes replaced, it set off a chain of events that eventually lead to the saving of a life. It’s a situation that is common in areas with snakes, and unfortunately these incidents don’t always turn out the best for the animals involved. Check out the story of a Python stuck in a pipe, and the man who vowed to not let it die on his watch.

This Coastal Carpet Python found himself in a really tight spot, literally and figuratively. This snake was slowly slithering its way up the side of the house through the drainage pipes. It tried to make a U-Turn and found itself in a position that even a snake couldn’t slither out of. 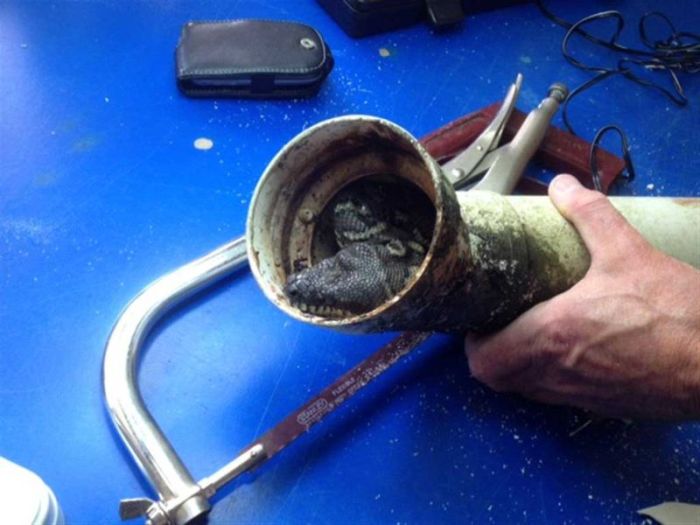 Luckily for this snake, the house it wedged itself into was having its pipes replaced. This would turn out to be just one of multiple breaks this Python caught and allowed it to live.

The second big break for the snake came while the contractor was cutting the plastic off the side of the house. He sawed through the pipe that the snake was in. He narrowly missed cutting right through the snake. He then dropped the pipe about 4 meters to the ground with the snake still inside. He started to wonder why no mud had been dislodged from the fall. So he went to investigate. 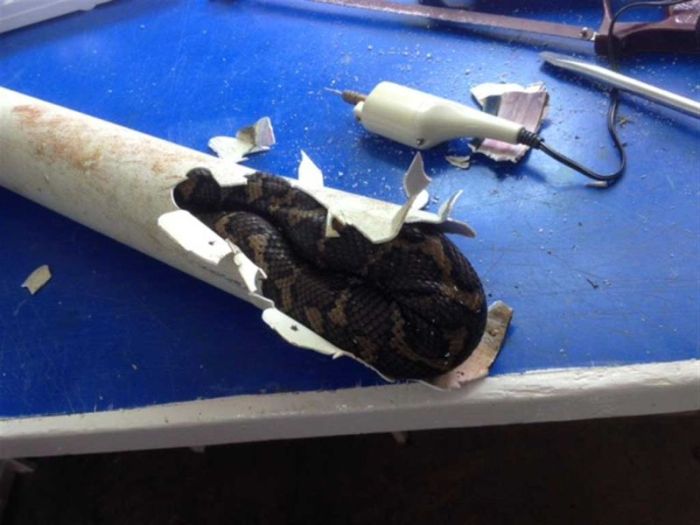 When he found the snake, he immediately called for help. A dedicated rescuer named Rowan arrived on the scene to assess the situation. He made a vow right then and there that we not going to let this snake die. He could not free the snake at the site he was found however. He took the pipe and snake back to his house and used special tools to get him free. When he got the snake free it was non-responsive though. 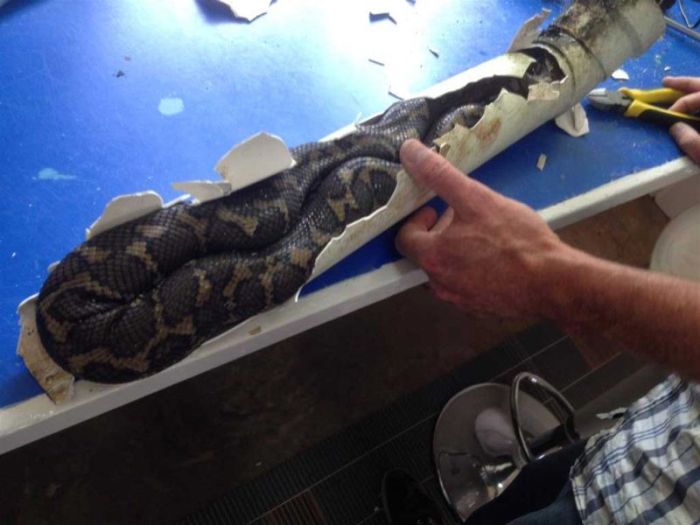 Rowan was unsure if the snake was going to make it. After a warm bath, the removal of 8 pesky ticks, and spending some time in a warm enclosure however the snake was looking much better. Rowan took the snake to Currumbin Wildlife Hospital and the snake was given a clean bill of health. With a little more recuperation time, the snake will then be released back into the wild. 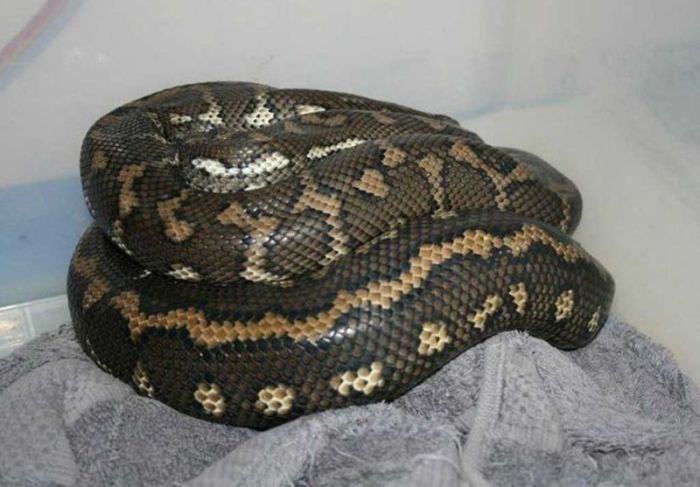 Rowan was quoted as saying, “I made a promise to the snake that I would get it out. It was alive but unresponsive and I thought that even if I did extricate it he or she might not survive.” That is someone who is really dedicated to helping wildlife. Hopefully this snake learned that you never try to make a U-Turn in a pipe, and it will just stay out of pipes in the future. It may not be so lucky next time.