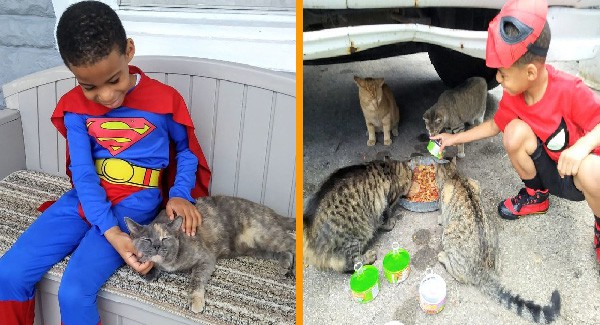 They say superheroes only exist in movies and comic books, but on the streets of Philadelphia, cats have their own pint-sized protector looking out for them. 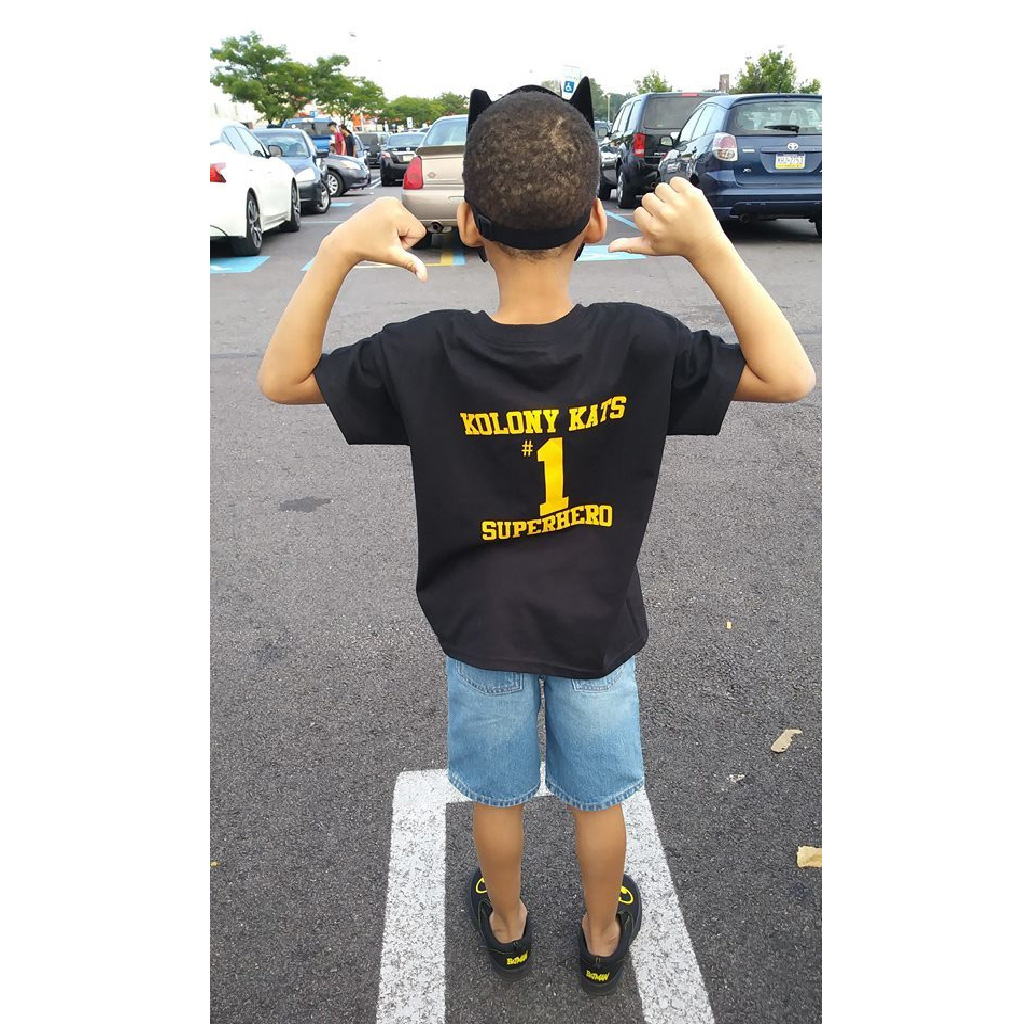 Meet Shon Griffin, a 7-year-old boy who has become a superhero to cats on the streets in Philadelphia. “We call him Catman,” his aunt Kris Papiernik said.
Aunty Kris and her fiancée have been involved in cat rescues and fostering for many years, and had recently taken to looking after a local group they named the Kolony Kats.

One cat, Bug, would just not cooperate when it came to getting (s.ʜᴏᴛs) and being neutered. “Nothing we tried worked,” Aunty Kris said. However, she had noticed that her nephew Shon had formed an instant bond with the cats so she let him help out. “The cats took to him right away. Bug came right over to Shon, rubbed against his legs and allowed him to pet him.” 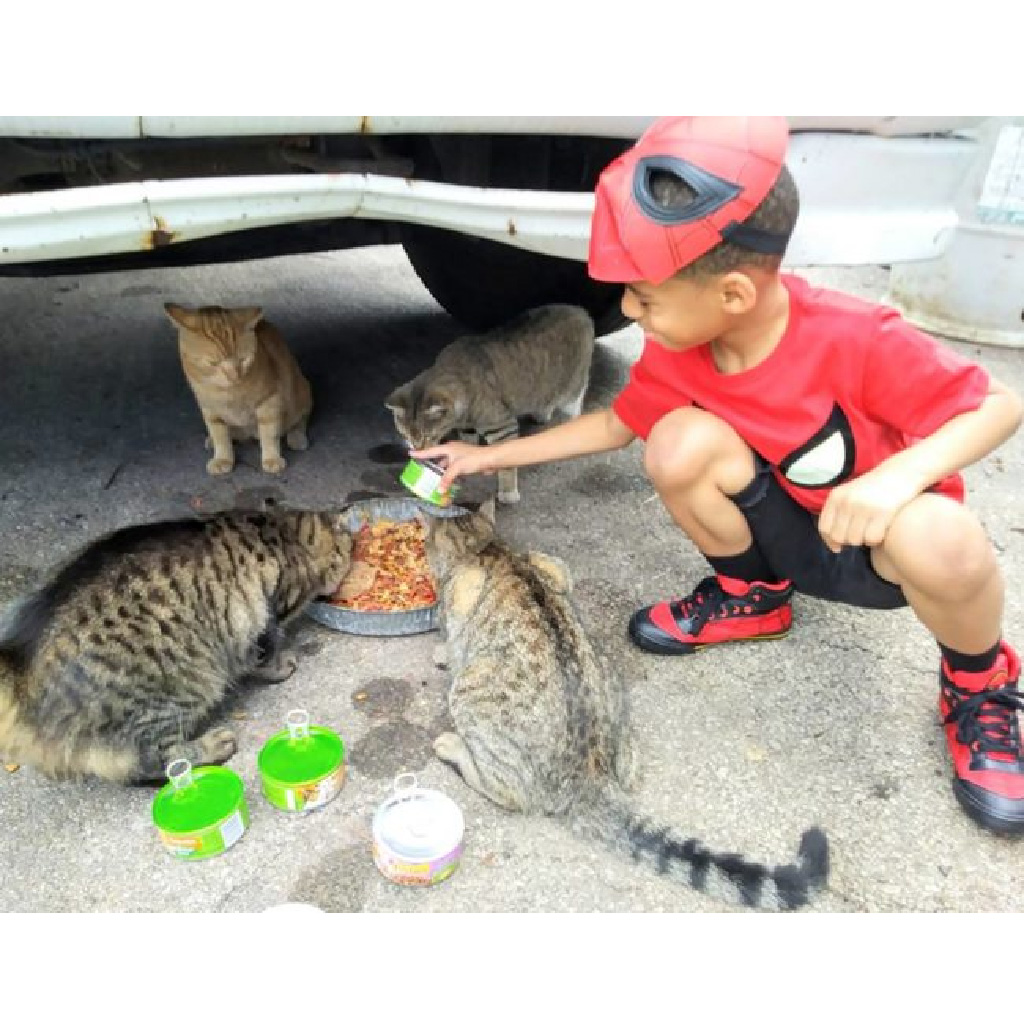 “We couldn’t get Bug neutered or anything because he wouldn’t come to us, and he wouldn’t come near the (ᴛʀᴀᴘ),” Papiernik said. “But when Shon came around and started feeding him, Bug came immediately to him, and, ever since then, Bug has been a friendly cat.”

“It was the total opposite — they just gravitated to him,” Papiernik said. “He’d scratch their bellies and scratch their heads. It was amazing to see these cats who wouldn’t even allow us to touch them but immediately took to him. He must have this magical effect that the cats can pick up.” 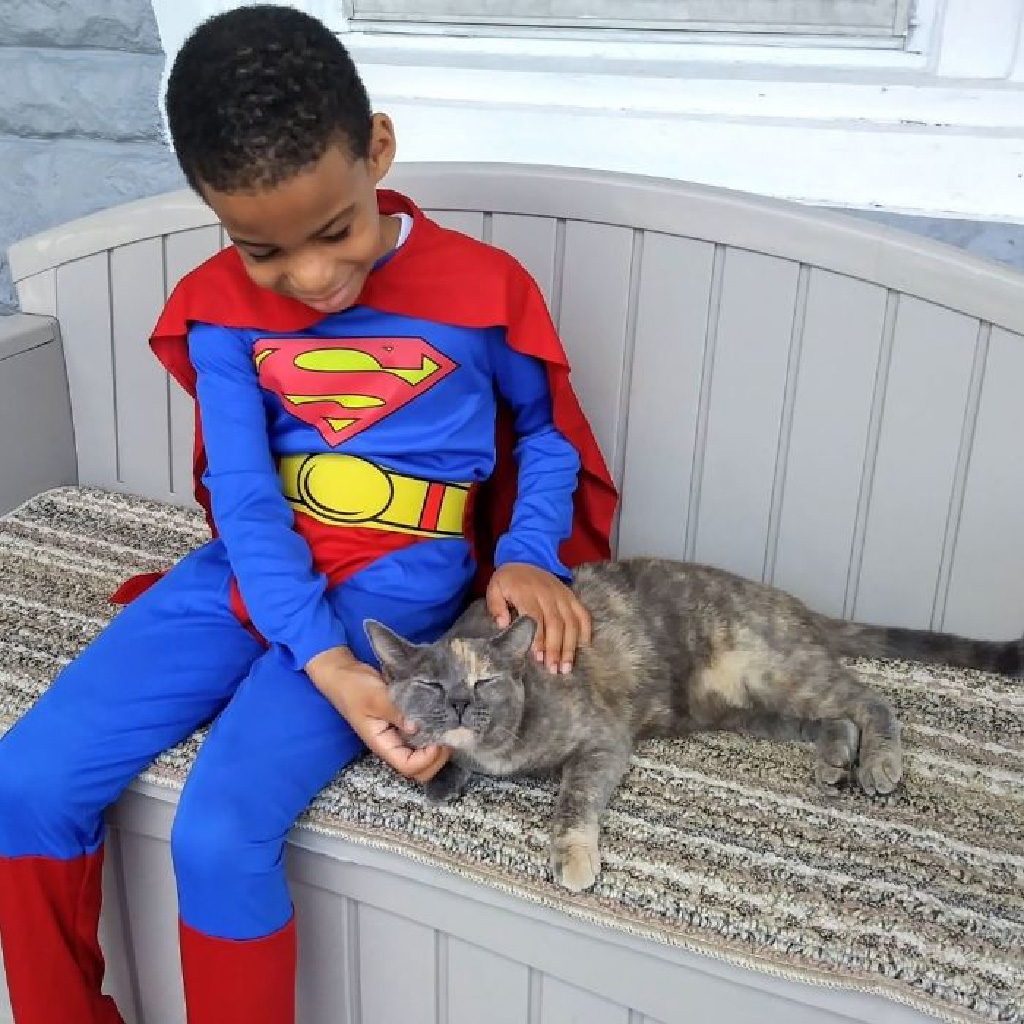 From that day on, Shon visits his aunt and the Kat Kolony regularly helps take care of the cats and helps solve any problems that might arise. He even dresses up his favorite superhero outfits when he’s on his missions. The cats are drawn to him, even the most unfriendly ones are unable to resist his charms.

Shon is too young, but he knows exactly how to care for the cats. “His favorite thing to do is give them treats. He knows how to dish out the dry food, fill up the water bowls without any directions from us,” Papiernik said. 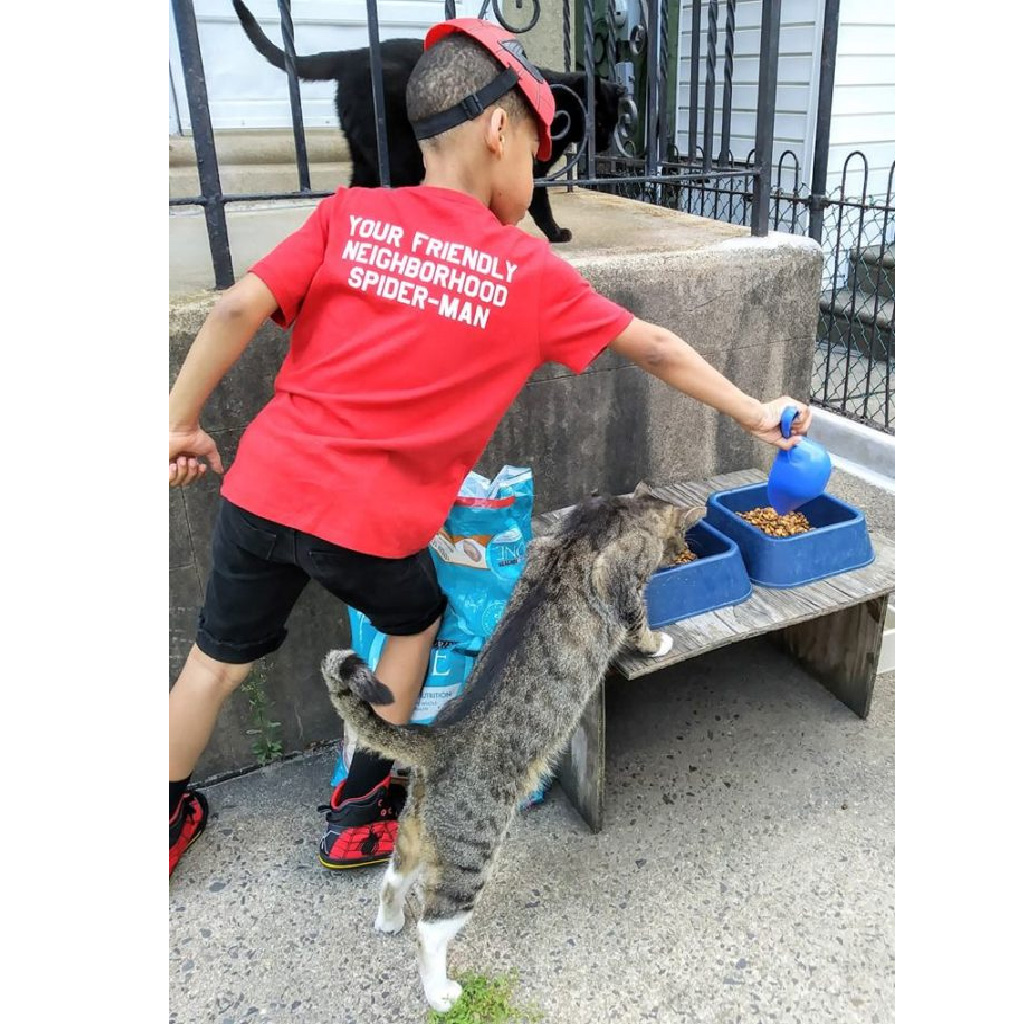 This little guy has the biggest heart! His compassion for cats is truly inspiring. I see him doing even more amazing things to help animals when he grows up. For now, he’ll be Philadelphia’s friendly neighborhood Catman. 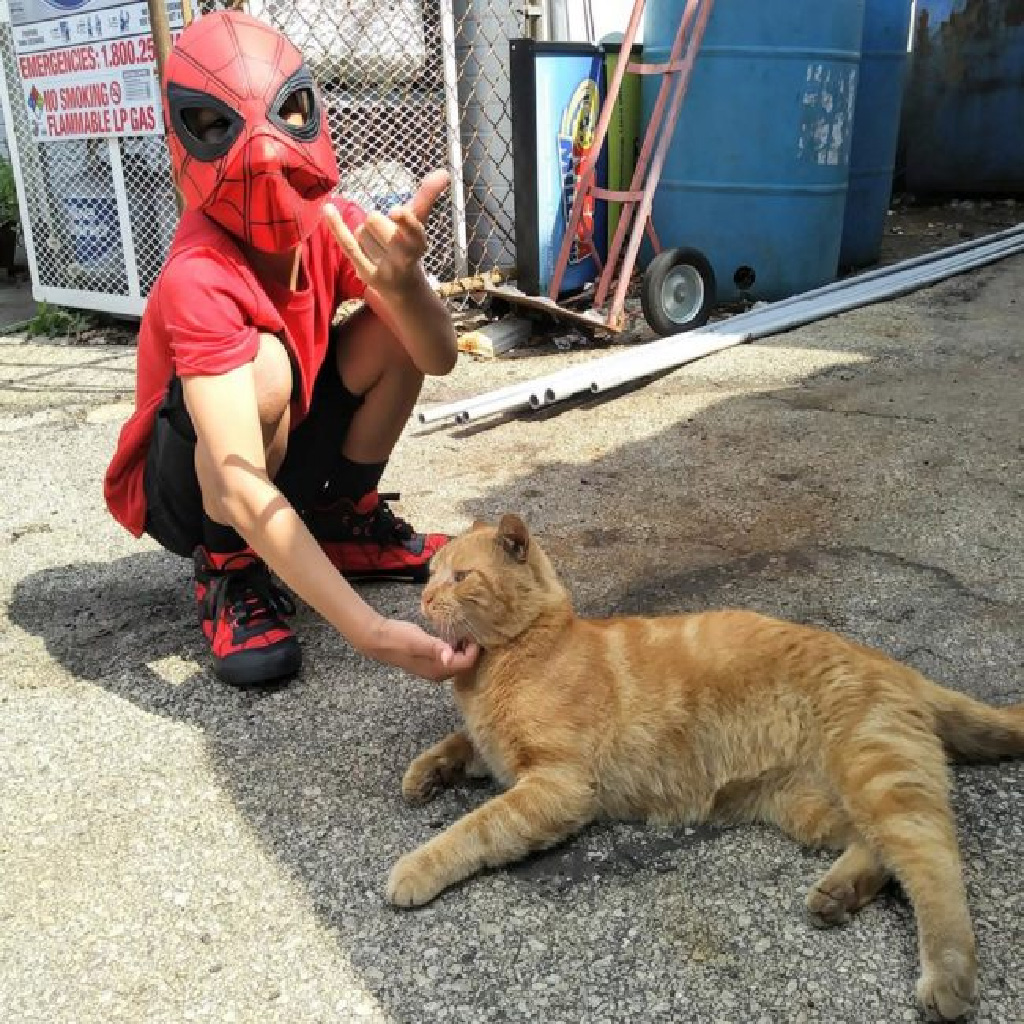 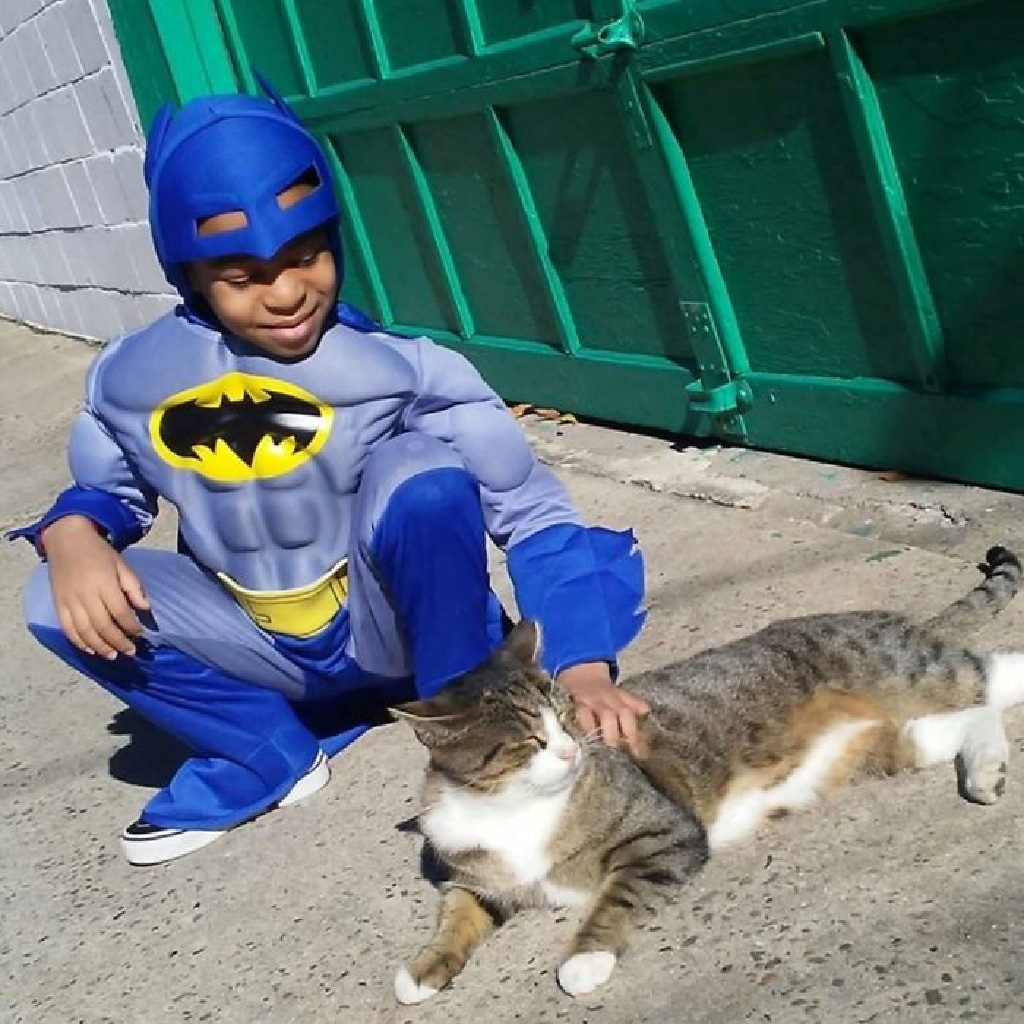