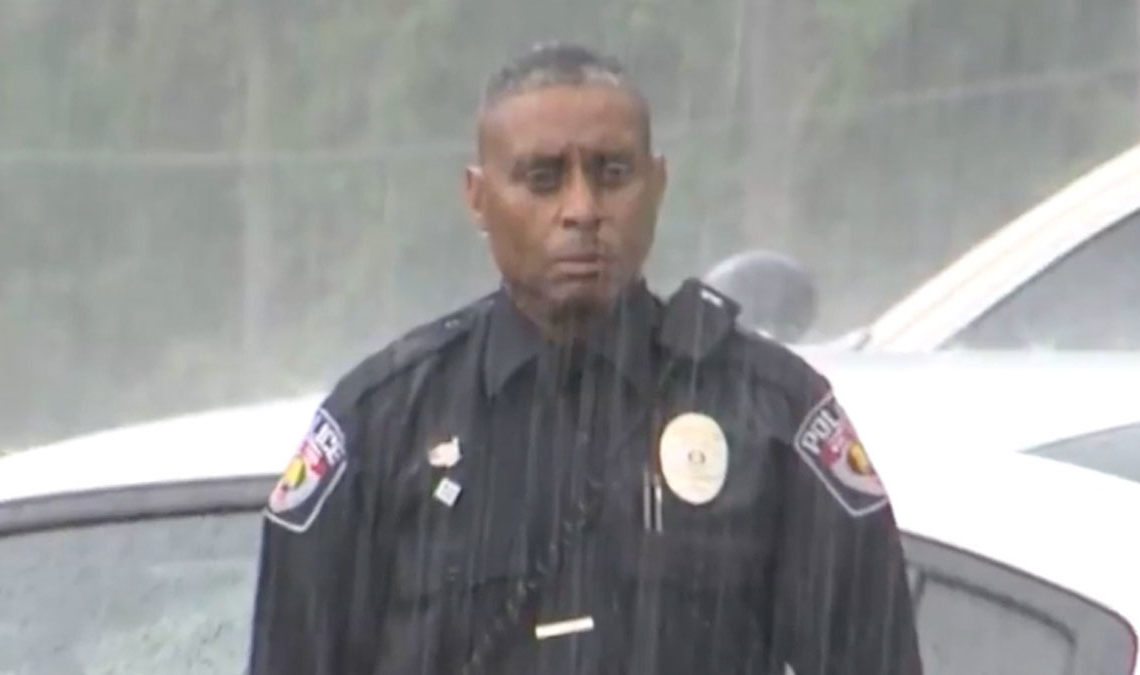 But that didn’t stop Officer Newman Brazier of the Mount Vernon Police Department from honoring the 100-year-old WWII veteran.

“I felt that he wanted to be acknowledged,” Brazier told WPMI. 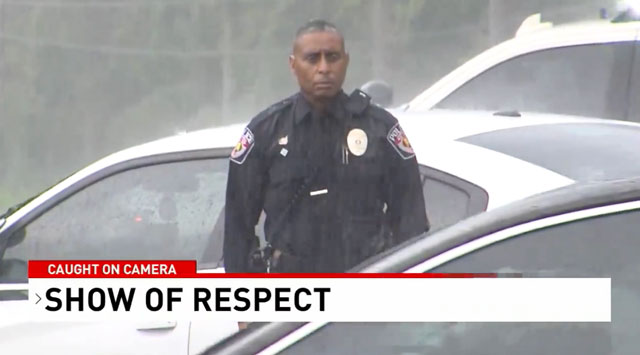 Despite the heavy rain, as the procession made its way into the cemetery, Brazier stood at attention, honoring Serling.

Serling, who fought in WWII, was one of just a few Black men to fight in the Pacific during the war.

The officer said the gesture was “automatic when I heard he passed.”

“I felt that being from a small town like Mount Vernon and that he can do what he did, and he can pass and nobody realize it and not respect it It was my point to let everyone in that area know that he was there, he was passing through, even if it was for the last time,” Brazier said.

The 92nd Division of the Buffalo Soldiers, who laid Serling to rest, expressed their appreciation for Brazier and said they will award him a certificate for his support.

Seeing Officer Brazier stand there in the rain brought tears to my eyes. Thank you for honoring Private First Class Robert Lee Serling as he was laid to rest.

Share this story on Facebook to make sure no one forgets Private First Class Robert Lee Serling.