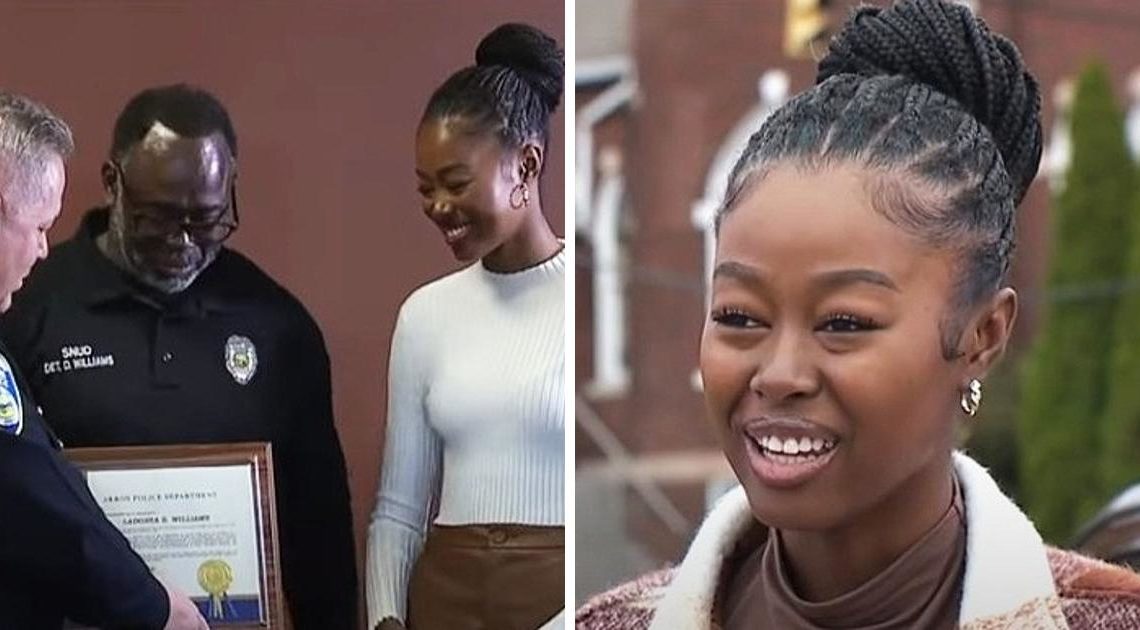 No one knows exactly how they will react in an emergency situation. Some may panic or shut down, while others will spring into action and let their training take over. This is what one 20-year-old did after witnessing a car accident happen in front of her.

Ladonya Williams of Cuyahoga Falls, Ohio, and her father, Officer Donny Williams, were driving together one afternoon in November 2021 when suddenly the car in front of them crashed, and a woman came out of the SUV screaming that something was wrong with her baby.

After hearing that the woman’s 7-month-old son was choking and not breathing, Ladonya jumped into action. She had taken a first aid course two years prior so she could work in a daycare, and at that moment, all of her training came back to her.

The brave young woman took the baby, placed him upside down over her knee and patted his back with force until he started breathing again. Ladonya and her father waited anxiously with the woman at the scene until the ambulance arrived. The baby has made a full recovery.

Ladonya received a citizen’s award from Akron Police Chief Steve Mylett following the event. She was awarded for her heroic actions in a terrifying situation and couldn’t be more deserving. The baby’s mother was cited for speeding and driving dangerously. She said she was rushing to the hospital because her baby stopped breathing when the car accident occurred.

Ladonya has been a professional model since she was 14 and hopes to continue her career. She encourages everyone to learn CPR and first aid no matter their profession because you never know when you could save another person’s life as she did. Keep reading to learn more details about this incredible story. 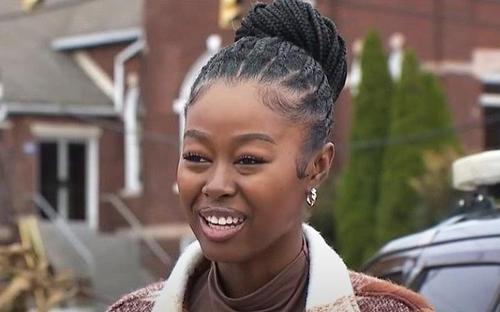 No one is more deserving of recognition for their heroic actions than Ladonya. “You did it selflessly. You did it with the most noble of intentions and you saved a life,” Mylett told her as he handed her the framed certificate.

All the 20-year-old was thinking about at that moment was what she needed to do to help the baby. “I just wanted him to be OK, and I wanted the mother not to lose her child,” Ladonya told News 5 Cleveland.

Ladonya described exactly what she did to help the choking infant. She explained, “I was on my knee and I just had him like this (turned upside down) and I was just really patting his back really firmly.”

After the baby started breathing again, everyone at the scene was relieved. Ladonya did what she could to comfort the mother. She shared, “In that moment, I just took the mother’s hand and we were just holding hands and just waited for the ambulance to arrive.”

Ladonya’s father, Donny, could not be prouder of his daughter. “It was one of the most amazing things I’ve ever witnessed, and that being my daughter, it was really, really something on the next level,” he said. “The universe had a different calling for her on that date.”

The brave young woman doesn’t see her actions as anything out of the ordinary. Ladonya said, “I don’t really feel like a hero. I just feel like somebody who was able to help someone in need and I feel like it’s something that anybody who could have would have done.”

Now, Ladonya wants everyone to take a course in first aid. “It’s very important,” she said. “You could save somebody’s life.”

What do you think of this woman’s heroic actions? Have you taken a first aid course before? Let us know, and feel free to pass this along to your loved ones.