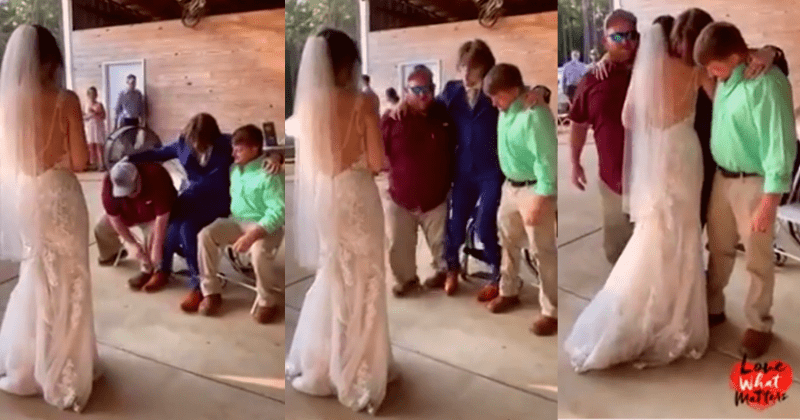 He’s a man who has turned his life around after being paralyzed from the waist down. And he is someone who has competed in the 2012 Paralympic Games. But Ryan Estep from Louisiana says “my greatest accomplishment of all” is making his wife, Chandler, fall “head over wheels” in love with him. “I had to almost beg her to finally go on a date,” Ryan said, “but once she finally agreed, it was all she wrote.”

It was a mutual friend named Mac who introduced the two of them. Within no time, they saw that they were the perfect match for each other.

To celebrate their one-year anniversary, Ryan booked a trip to Five Point Mountain, and he secretly packed an engagement ring along with his luggage. “I was so excited after hiding the ring from her for three months I proposed five minutes after we got there,” Ryan told The Epoch Times.

For their wedding day, on June 5, Ryan had another surprise planned for his bride and had help from his two more-than-willing friends.

The couple exchanged wedding vows at the Bliss Chapel, Las Vegas. And when it was time for their first dance as husband and wife, Ryan stood with help from his friends and embraced Chandler in his arms.

“When I saw his friends slide their chairs beside him, I lost it!” Chandler said. “All I wanted was to wrap around him and dance with him. He completely surprised me, I couldn’t believe what I was seeing.

A post shared by Love What Matters: Good news (@lovewhatmatters)

“The moment was priceless. “When she wrapped her arms around me, the world stopped. I was overwhelmed with emotions,” Ryan said. “If anyone asks, I had dirt or something in my eyes. It truly was the best day of our lives.” In the years after his life-changing accident, Ryan took every challenge in stride and completely turned his life around after becoming paralyzed.

Ryan considers the accident as “a strong wake-up call.” It made him leave behind his days of being a competitive football captain and take up fencing, which eventually took him to the 2012 Paralympic Games. 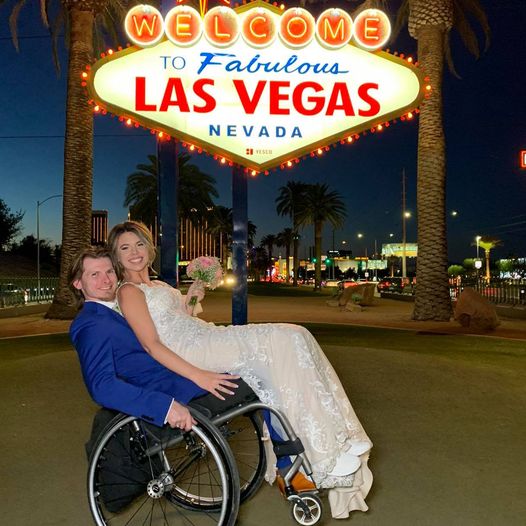 Additionally, Ryan says the accident also made him treat people better and value them in a way he did not before. He also works as a motivational speaker and says one’s mindset is what can hold them back or push them forward. “If you think you can, or you can’t, either way, you’re right,” he said. “All of the accolades and accomplishments were only possible because of my mindset: to continue to accept the challenge.”

Now that he is a married man, he revealed that he has plans of raising “a couple little athletes” with Chandler.

When Ryan was asked what he loves most about Chandler, he said it is her boundless compassion. And when Chandler was asked the same, she said he was “the greatest man” she has ever crossed paths with.

A word of advice she gave others was: “Accept the unexpected and embrace happiness.”